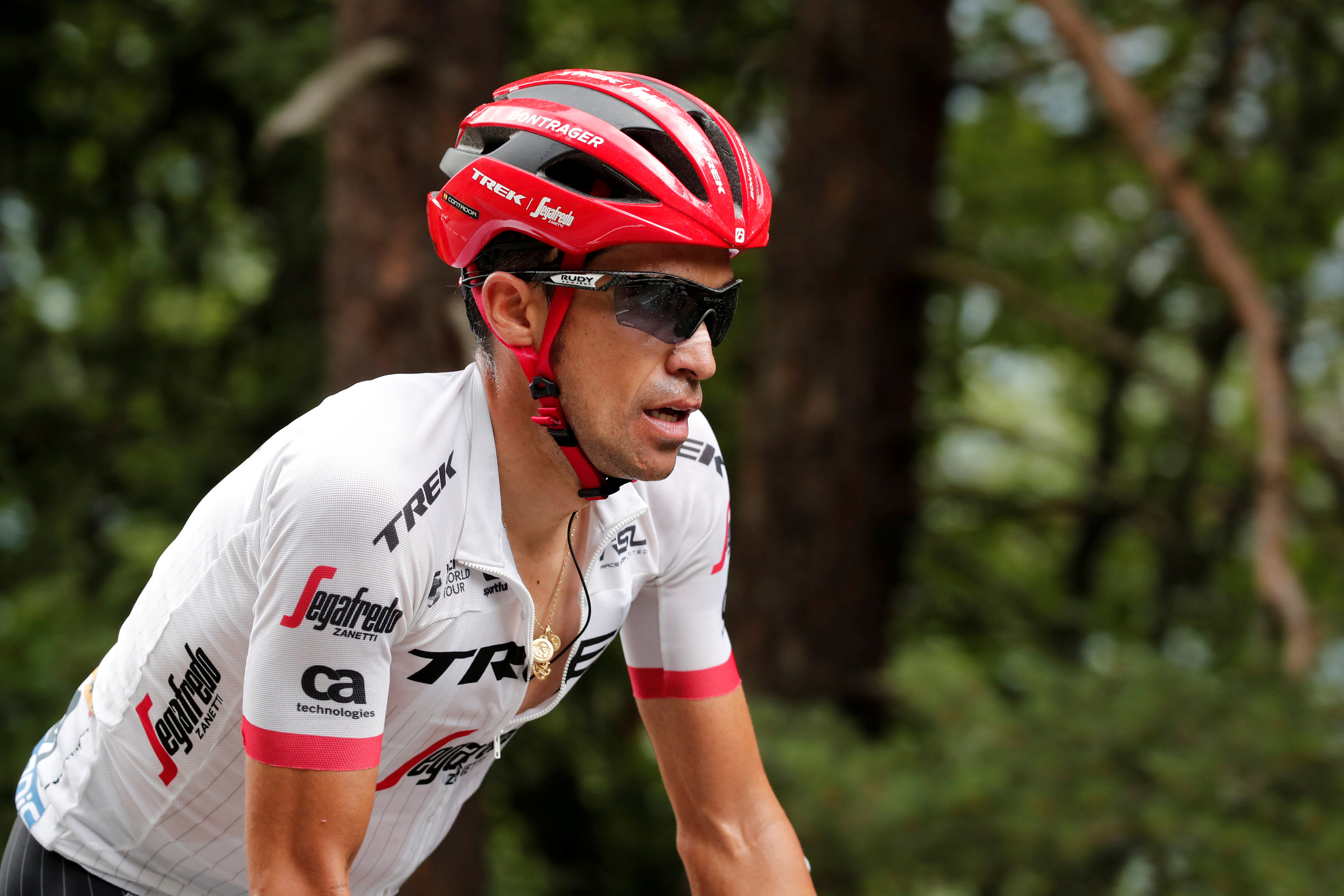 Paris: Alberto Contador, the most gifted grand tour rider of his generation, is likely to be remembered just the way he wants to be - as an anti-conformist with a daredevil attitude.
The Spaniard, who on Monday announced he would retire after taking part in this year's Vuelta a Espana race, won the Tour de France, the Giro d'Italia and the Vuelta on multiple occasions, but crossed the red line when he failed a dope test in 2010.
Contador never managed to recover the level that landed him Tour titles in 2007 and 2009. But the 34-year-old, described by Lance Armstrong as "the most talented guy ever to throw a leg over a bike", made up for it with aggressive tactics that won him a memorable Vuelta title in 2012 and a Giro crown in 2015.
"I hope that I will be remembered as an anti-conformist," Contador said this year.
He has yet to win a race this season and he ended up a disappointing ninth in the Tour as his star continued to fade. He pulled out of the Tour in 2014 and 2016 and secured only fifth place overall in 2015 in a failed attempt at a Giro-Tour double.
However, Contador is one of only six men with titles in all three grand tours and he won most of them in swashbuckling fashion.
The Madrid-born rider has a scar running from one ear to the other over the top of his head since experiencing a brush with death that defined his never-say-die character.
During the first stage of the Vuelta a Asturias, Contador fell and went into convulsions. He was diagnosed with a cerebral cavernoma, a congenital vascular disorder, for which he underwent a risky surgery after spending 10 days in a coma.
"When I think of it today, I know why I fought," he said after winning his second Tour title in 2009 after weathering an internal battle with then teammate Armstrong, attacking in the climb to Arcalis against team orders.
Doping
Contador inherited the Tour yellow jersey in 2007 after then leader Michael Rasmussen was kicked out of the race for lying about his training whereabouts to elude anti-doping testers.
But doping caught up with Contador himself in 2010, when he failed a test for clenbuterol. The Spaniard has always denied any wrongdoing, claiming the banned anabolic agent came from contaminated meat, but he was handed a two-year ban and stripped of his 2010 Tour and 2011 Giro titles after he prevailed in France following a close-fought battle with Andy Schleck.
It remains a black mark in a career which nevertheless features episodes that will long remain in cycling's collective memory.
A long-range attack in the 2012 Vuelta, in a middle-mountain stage to Fuente De when all seemed lost, earned him the title after he caught then race leader Joaquim Rodriguez off guard.
Famous unexpected attacks in the 2016 Vuelta -- that cost Chris Froome the overall victory -- but also long-range offensives in the 2011 Tour de France or on several occasions at Paris-Nice will be missed by cycling enthusiasts.
A rider who never made compromises -- he never finished a grand Tour in second or third place -- has eventually bowed to the evidence that he was now past his prime.
He still hopes to make his signature gunshot-celebration 'El Pistolero' celebration at least one more time in his last race at the Vuelta later this month.