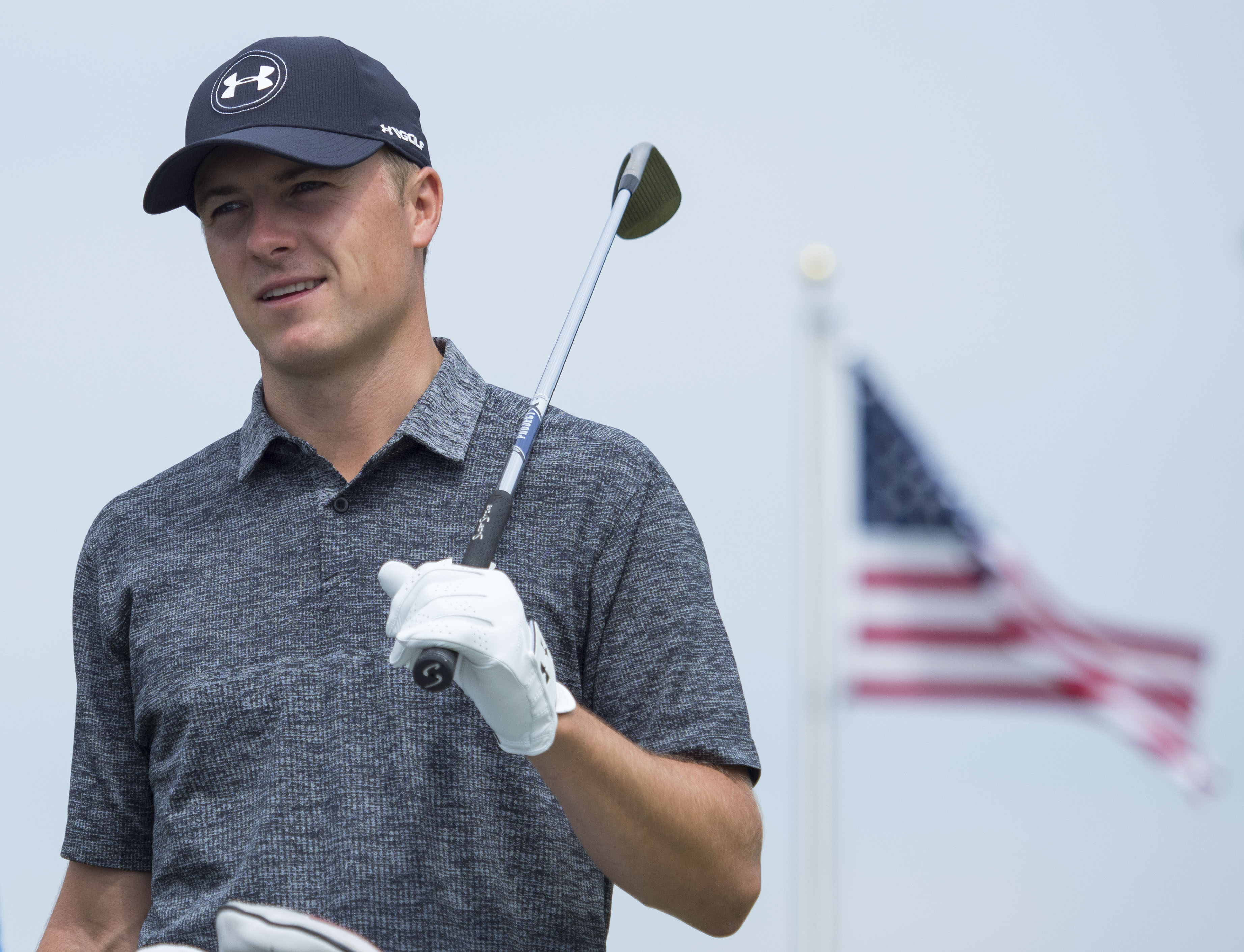 Charlotte: Jordan Spieth has the chance to replace Tiger Woods as the youngest player to complete the career Grand Slam at this week's PGA Championship but the 24-year-old is focused on doing the little things right and hoping the rest takes care of itself.
The final Major of the year arrives just three weeks after the British Open, leaving players barely enough time to catch their breath before teeing up in a championship that once billed itself as "Glory’s Last Shot".
After Spieth's epic victory at Royal Birkdale, the Texan will now try to complete the Major set by winning the giant Wanamaker Trophy at Quail Hollow.
With a solid tie for 13th at the Bridgestone Invitational in Akron on Sunday, Spieth showed that while he is not quite firing on all cylinders he has not lost his form.
He went fishing in the mountains of Montana for a week after capturing the Claret Jug, and while he was mostly pleased with the way he played on his return he acknowledging there was more to do, particularly dialling in his putting and making sure his alignment was inch perfect.
"Today I struck the ball beautifully,” he said late on Sunday. "I drove the ball a lot better than I had been, which is really what I was looking for as we head into Quail Hollow, which is such a tough driving golf course.
"I came back from a week off and struggled a little bit with my alignment but each day felt a little bit more comfortable and now we’ve got a few more days of preparation for the PGA.”
Spieth said his putting has not been up to his usual lofty standards recently, apart from that late purple patch at the British Open where he was five-under from the 14th to 17th.
Co-favourite Rory McIlroy will arrive with a spring in his step at Quail Hollow, where he has won twice on the PGA Tour, including his maiden victory back in 2010 when he shot a 10-under 62 in the final round.
He is one of only a few players who have seen the course since the redesign by architect Tom Fazio, who oversaw the construction of three completely new holes, as well as other minor changes.
"The first five holes are a little more difficult than they used to be but the rest of the course is pretty much the same,” McIlroy said on Sunday. "Hopefully it’s not too much different because I certainly liked it the way it was.”
McIlroy will tee it up at a major for the first time since splitting with long-time caddie J.P. Fitzgerald, with best friend Harry Diamond now on the bag.
The Northern Irishman, who admitted he and Fitzgerald had been getting on each other's nerves before the switch, sounds as though he is still in the honeymoon period with Diamond.
"I’m a little more relaxed out there. We’re working well out there today and I’m excited to be with him again next week."
Japan's Hideki Matsuyama is another who will be full of confidence at Quail Hollow after he blew away the field with a final round 61 to win the Bridgestone.
After a tie for second at the U.S. Open, and top-15 finishes at the two other majors, Matsuyama is enjoying the kind of form that could see him become the first Japanese man to win a Major.
Defending champion Jimmy Walker is winless this season and has struggled since being diagnosed with Lyme disease in April. He has been unable to make an impact at the big events, finishing tied for 54th at the British Open, tied for 56th at The Players and missing the cut at the U.S. Open.
After two strong rounds at the Bridgestone, Walker slipped down the leaderboard to finish tied for 28th.