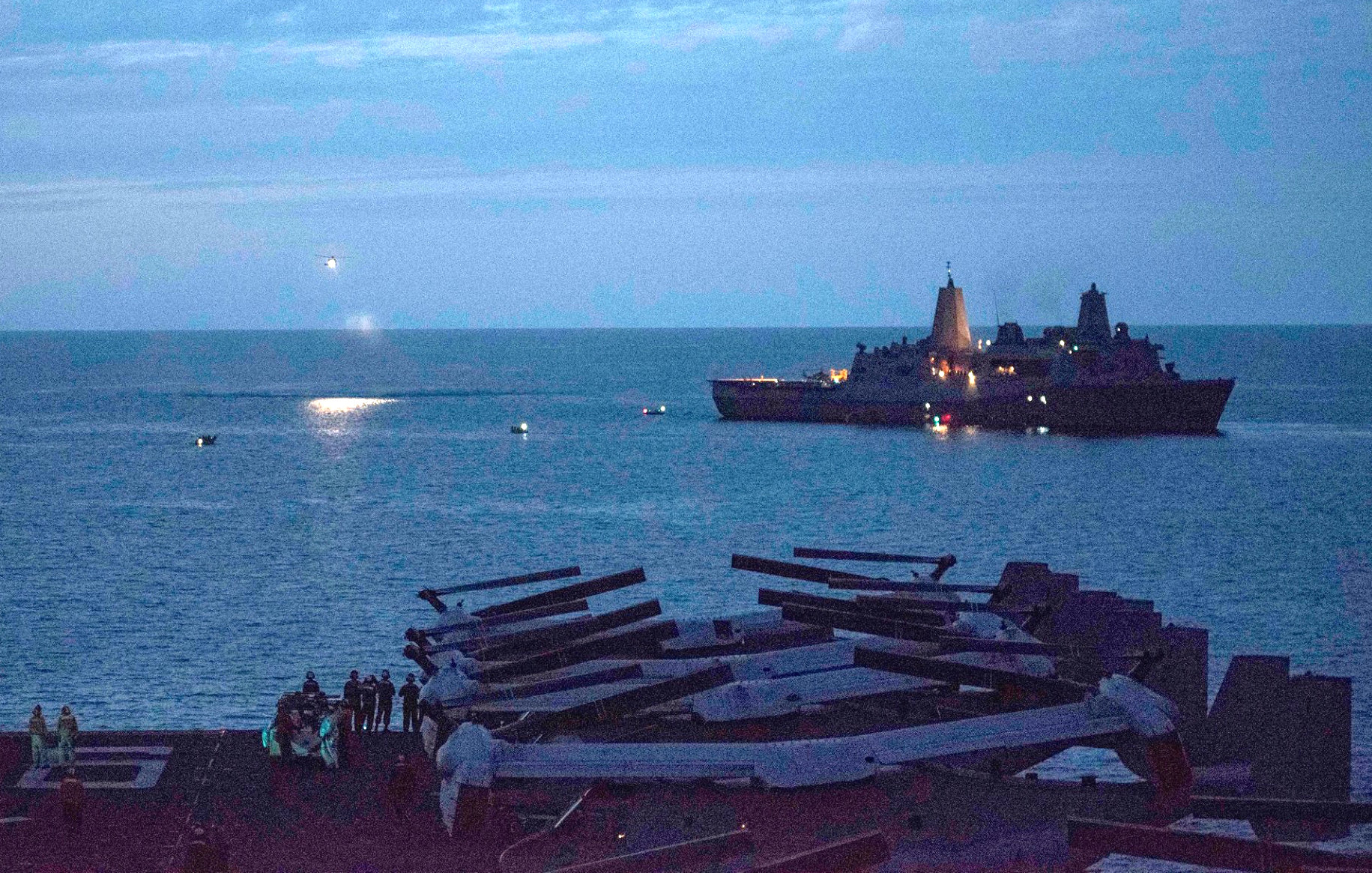 Sydney: An Australian Navy survey ship has located a U.S. military aircraft that crashed off the Australian northeast coast at the weekend and left three Marines missing, Defence Minister Marise Payne said on Monday.
The navy divers will conduct remotely operated underwater vehicle operations before considering sending down divers, Payne said in a statement.
The U.S. Marine Corps had suspended a search for the three Marines missing since the MV-22 Osprey tilt-rotor aircraft crashed while on regular operations on Saturday. The Marines have described the incident as a "mishap" and said it was under investigation.
"Royal Australian Navy survey ship Melville arrived in Shoalwater Bay overnight," Payne said in the statement. "Shortly after commencing survey operations in the area, the submerged aircraft was located."
The aircraft had taken off from the USS Bonhomme Richard (LHD 6) amphibious assault ship and was on regular operations when it crashed, according to the Marine Corps.
Twenty-three other personnel aboard the aircraft were rescued.
The Marine Corps said earlier it had shifted from a search-and-rescue effort to a recovery operation, which could last several months.