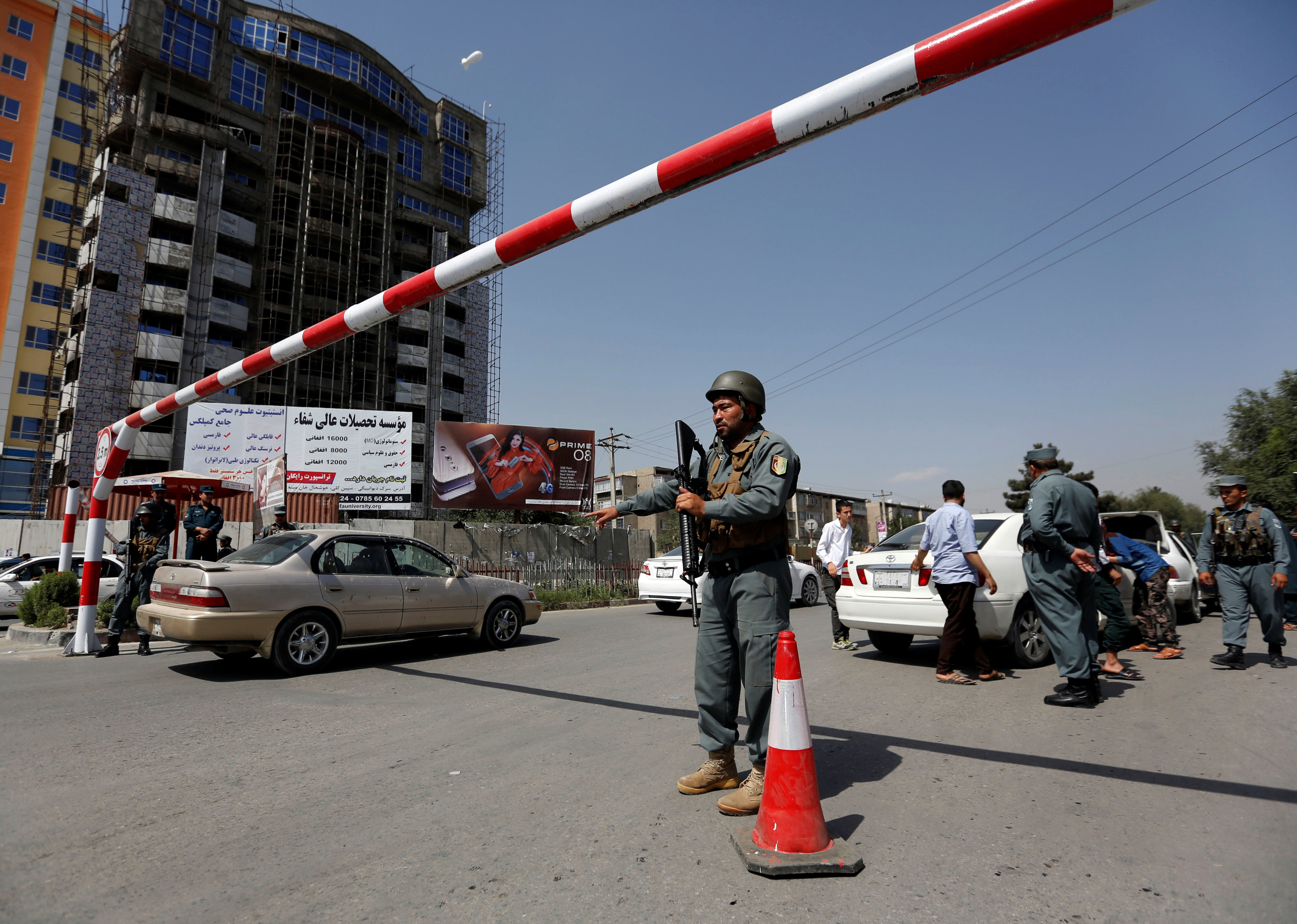 Kabul: Afghan authorities are tightening security in the central area of Kabul housing foreign embassies and government offices after a string of suicide attacks that have caused hundreds of casualties and hit confidence in the Western-backed government.
Two months after a truck bomb killed at least 150 people on May 31 in the biggest such attack since the U.S.-led campaign to oust the Taliban in 2001, a series of scanners and cameras have appeared at intersections around the heart of the capital.
"In this security plan, our priority is the diplomatic area," Salem Ehsaas, acting police chief of Kabul, told Reuters. "The highest threat level is in this area and so we need to provide a better security here." Underlining the threat, security forces seized a truck in Kabul on Saturday carrying 16.5 tonnes of ammonium nitrate hidden in chicken feed and intended to be used for making explosives, the National Directorate for Security said.
The new measures, which come as the U.S. administration wrestles with formulating a new strategy for Afghanistan, show how serious the security situation has become since the NATO-led coalition ended its main combat mission in 2014.
Although Kabul has never had a formal "Green Zone" to match the one in Baghdad, over the years the centre of the Afghan capital has become an increasingly militarised zone of armed checkpoints and blast walls.
The city is now one of the most dangerous places in Afghanistan for civilians, with 209 killed and 777 injured in suicide and complex attacks in the first half of the year, according to United Nations figures.
This year alone, attacks have included the main military hospital near the U.S. Embassy in Kabul, the Supreme Court, the Iraqi embassy, as well as the May 31 truck bomb, just in front of the German embassy.
A number of foreign aid organizations and embassies, including the German mission which was heavily damaged in the attack, have sent some of their international staff home over the raised security fears.
The new measures will see 27 permanent checkpoints installed on the 42 roads through the zone, supported by mobile explosives scanners, sniffer dogs and security cameras. Nine other streets will normally be closed and the remaining six roads will be permanently closed to cars.
Trucks will be searched at a special external checkpoint and enter the central zone via the main road in from the airport, with around 1,200 police on duty in the area, including special motorbike patrols.
The measures will be introduced progressively and should be complete within six months, officials said.
Additional checkpoints are unlikely to be popular with motorists who already have to put up with long delays on Kabul's notoriously choked roads but at the same time, there has been a growing clamour for more security.
The attacks, added to the thousands of casualties suffered by Afghan troops, have piled pressure on the government of President Ashraf Ghani, leading to street demonstrations and demands by parliamentarians for security officials including the ministers of the interior and defence to be impeached.