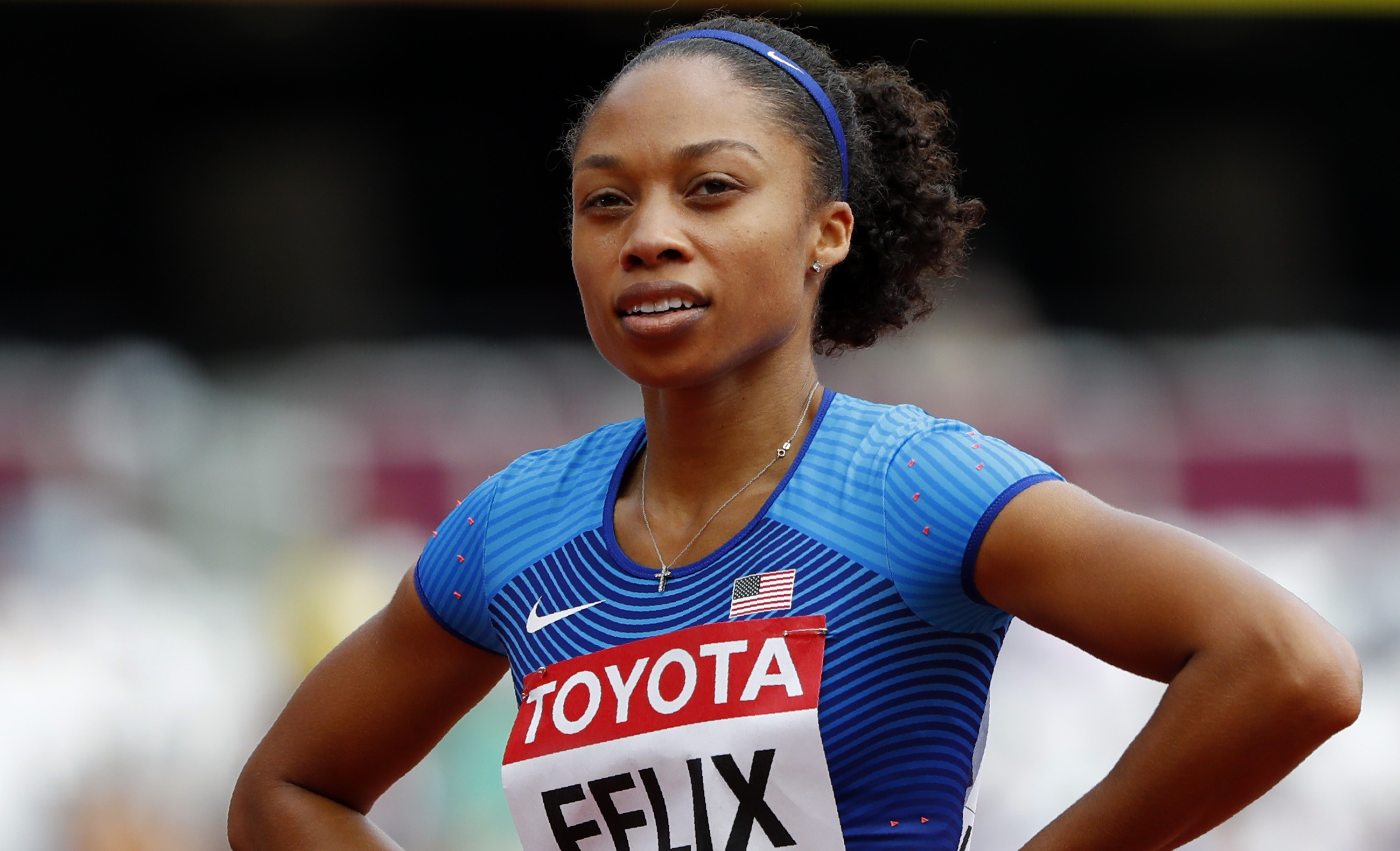 London: Allysson Felix began her bid to add to her 13 World Athletics Championship medals with an easy win in her opening 400m heat on Sunday.
The 31-year-old American, running on the inside lane, burst out of the blocks and led all the way to canter home in 52.44 seconds and progress to the semifinals.
Felix is one medal away from Merlene Ottey's record tally of 14 World Championship medals and will have three attempts in London to overhaul the Jamaican's total as she will also race in two relays.
Bahamas' Shaunae Miller-Uibo, who beat Felix to the Olympic gold last year, won her heat easily in 50.97.
Shericka Jackson, bronze medallist both in Rio last year and at the World Championships in Beijing, finished second in her heat behind Zambia's Kabange Mupopo as she also went through.
Nineteen-year-old Salwa Eid Naser set a Bahraini record of 50.57 in winning the fourth heat.
Sierra Leone's Maggie Barrie also set a national record but her time of 53.20 was not fast enough to take her into the next round.