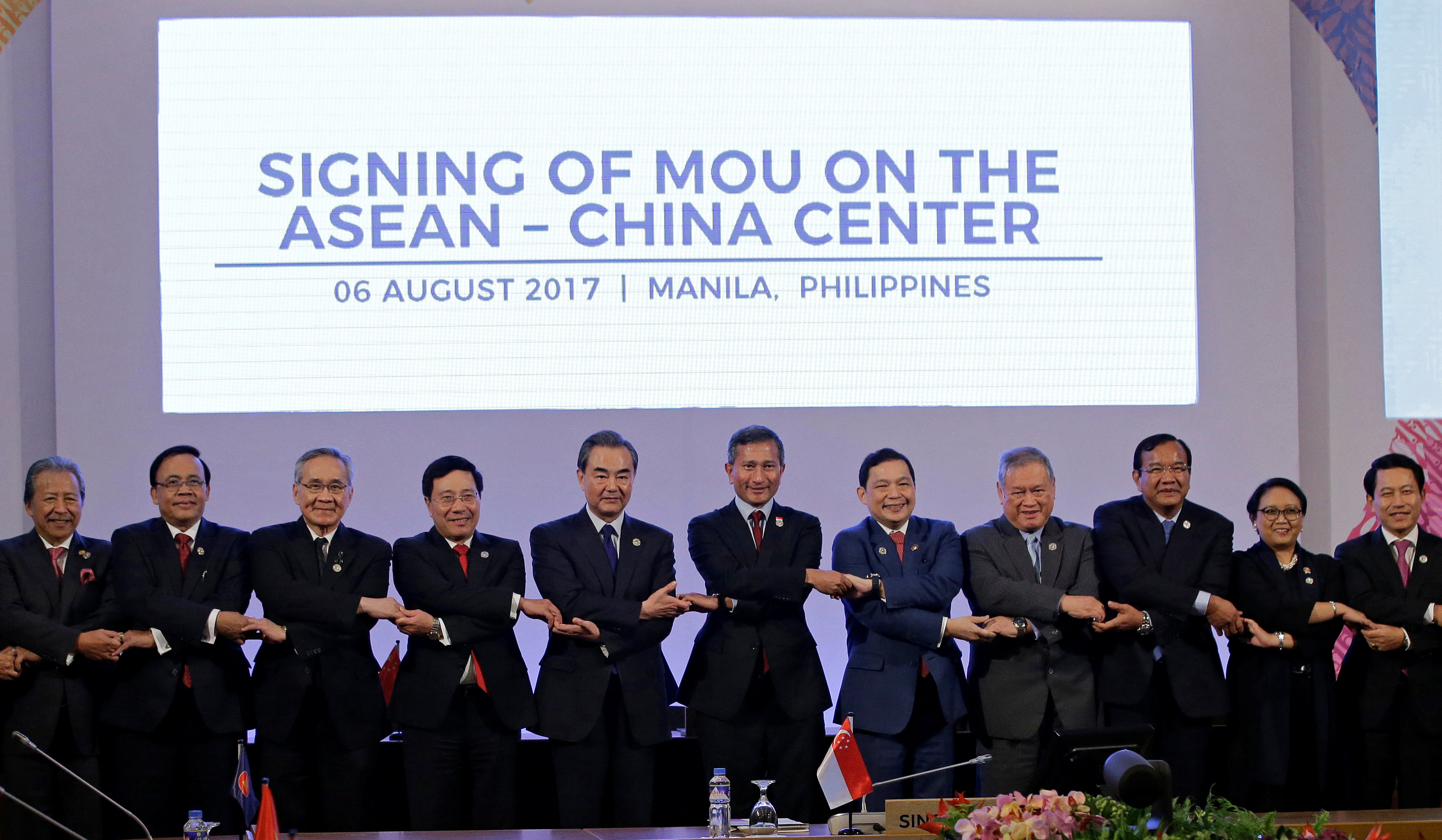 Manila: Southeast Asian foreign ministers ended an impasse on Sunday over how to address disputes with China in the South China Sea, issuing a communique that called for militarisation to be avoided and noting concern about island-building.
The South China Sea has long been the most divisive issue for the Association of South East Asian Nations (ASEAN), with China's influence looming large over its activities. Some countries are wary about the possible repercussions of defying Beijing by taking a stronger stand.
ASEAN failed to issue the customary statement on Saturday, over what diplomats said was disagreement about whether to make oblique references to China's rapid expansion of its defence capabilities on artificial islands in disputed waters.
China is sensitive to even a veiled reference by ASEAN to its seven reclaimed reefs, three of which have runways, missile batteries, radars and, according to some experts, the capability to accommodate fighter jets.
The communique late on Sunday takes a stronger position than an earlier, unpublished draft, which was a watered-down version of one issued last year in Laos.
The agreed text "emphasised the importance of non-militarisation and self-restraint".
It said that after extensive discussions, concerns were voiced by some members about land reclamation "and activities in the area which have eroded trust and confidence, increased tension and may undermine peace, security and stability".
ASEAN's deadlock over the statement highlights China's growing influence on the grouping at a time of uncertainty over the new U.S. administration's security priorities and whether it will try to keep China's maritime activities in check.
Several ASEAN diplomats said that among the members who pushed for a communique that retained the more contentious elements was Vietnam, which has competing claims with China over the Paracel and Spratly archipelago and has had several spats with Beijing over energy concessions.
Another diplomat, however, said there was no real disagreement on the contents of the communique and stressed that the initial draft was seen by some members as weak.
Also on Sunday the foreign ministers of ASEAN and China adopted a negotiating framework for a code of conduct in the South China Sea, a move they hailed as progress but seen by critics as a tactic to buy China time to consolidate its maritime power.