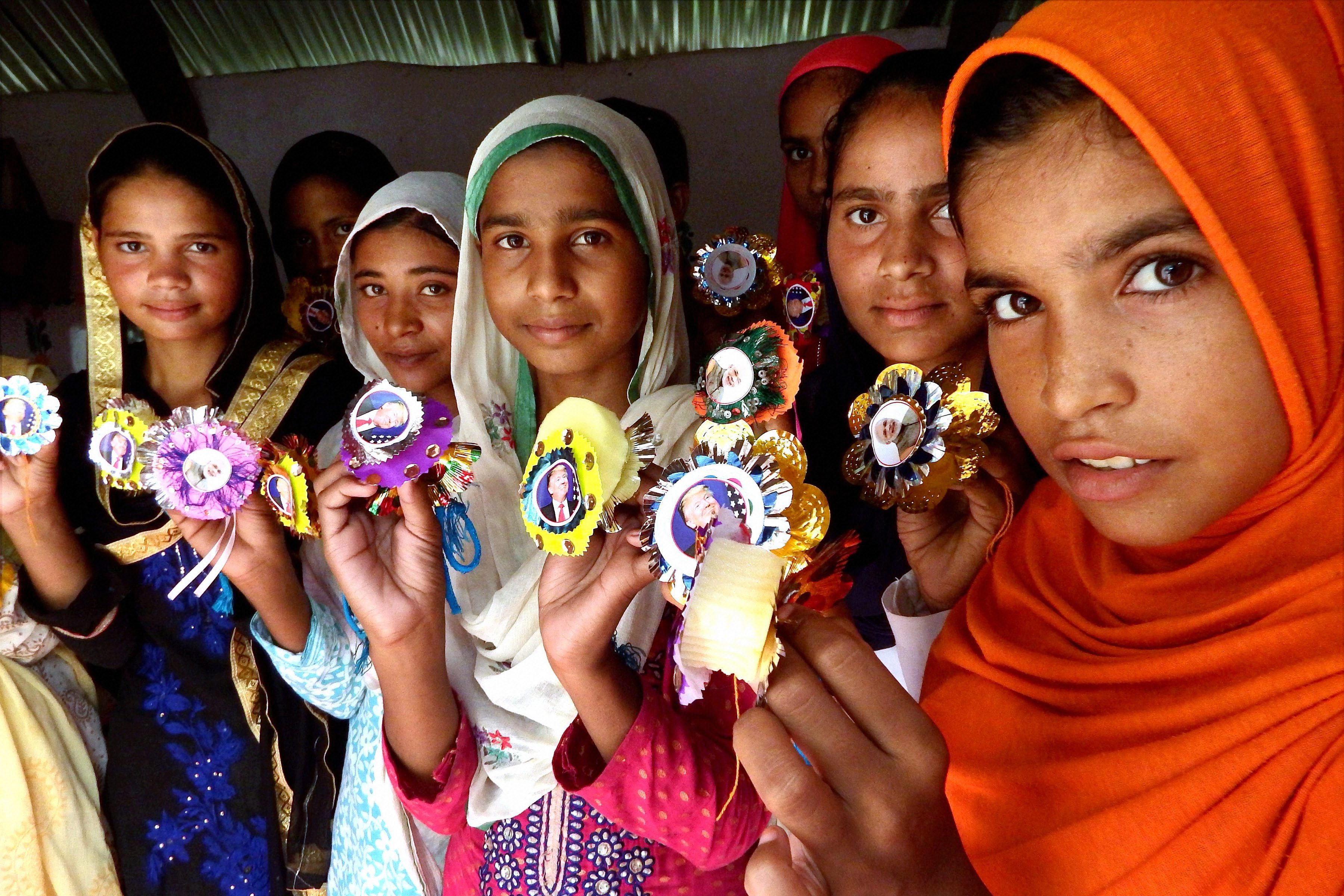 Gurgaon: He may have not heard of Rakhi, but the women and girls of a remote Muslim-dominated village "symbolically" named by an NGO after US President Donald Trump will send him 1001 sacred threads on the Hindu festival that celebrates the brother-sister bond.
The gesture by the residents of Marora village in the backward Mewat region represents the "wish of the people that ties are further strengthened between India and the US", says the NGO which has adopted the village.
The village had come into limelight after Sulabh International Social Service Organisation (SISSO) chief Bindeshwar Pathak had announced to name it 'Trump's village'. The district administration had later said the move to rename the village was "illegal", forcing the organisation members to remove boards mentioning the new name.
They said signage boards and banners carrying the new name of the village and image of Trump had been removed by the organisation.
The village, with a population of 1,800 people, lies under Punhana Tehshil, some 60 km from Gurgaon.
"The NGO has been conducting many welfare programs for women and girls in the village," Monica Jain, vice president of the NGO, said.
"These students have made 1001 rakhis with photos of Donald Trump and 501 rakhis for Narendra Modi.
Women and girls of the village consider them their elder brothers," she said.
The consignment of rakhis was sent on Friday through cargo so that it reached the US president on Raksha Bandhan on August 7.
The villagers are also sending invitations to the two leaders to visit the village.
Widows of the village have also expressed a desire to meet Modi on Raksha Bandhan at his residence in the national capital and tie rakhis.
"I have made 150 rakhis within three days for Trump bhaiyaa. I also written in a letter to be sent to the White House that the girls of your village want you to visit it with PM Modi," said 15-year-old Rekha Rani, a resident of the village.
Sulabh had recently constructed 95 toilets in Marora to implement Prime Minister Narendra Modi's flagship program to make every village in the country open defecation free.
The village has 140 houses and only 45 of them were equipped with toilet facility.
Sulabh constructed the remaining 95 toilets, Jain said.