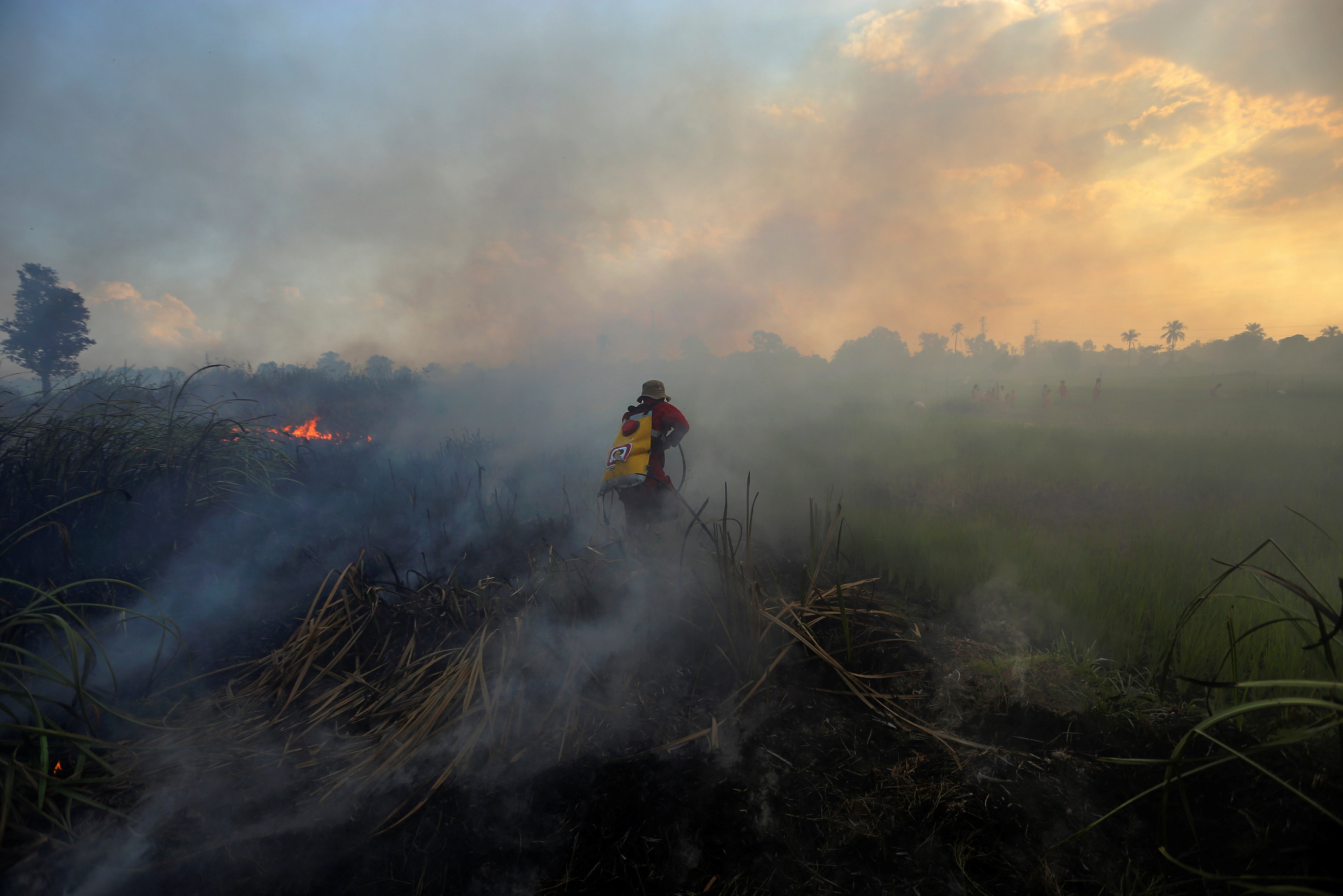 Jakarta: A military official in the Indonesian province of Jambi said on Saturday he has ordered that anyone who deliberately sets fire to forest areas be shot, as authorities struggle to contain fires that cause choking smoke in the region.
Five Indonesian provinces have declared emergencies because of forest fires, according to Indonesia's disaster mitigation agency (BNPB), with the number of hotspots steadily increasing in many areas over the past week.
The BNPB is working with many government branches, including the military, to contain the fires. Indonesian media have reported that authorities in the neighbouring province of South Sumatra, also on the island of Sumatra, had issued the same order.
"This is to stress a point to the people, who have been warned many, many times," said Colonel Refrizal, commander of the forest fire task force in Jambi. "(This is) to show our firmness and seriousness."
The order would be carried out "responsibly", said Refrizal, who goes by one name.
BNPB spokesman Sutopo Purwo Nugroho said on Twitter the Jambi task force was working to extinguish a fire covering an area of 10 hectares (25 acres).
Nugroho also said authorities had found one area in Jambi that had been "intentionally" burned by its owner.
The number of hotspots had increased to 239 by July 30, from 173 hotspots three days earlier, according to the BNPB. The hotspots were seen mostly on Kalimantan, the Indonesian portion of Borneo island, with some also on Sumatra and Java island.
The agency had previously warned that the threat of forest fires would escalate, with the dry season expected to peak in September.
Indonesia is regularly hit by forest fires, which can result in choking smoke blowing across to neighbouring countries like Singapore and Malaysia.
The sprawling Southeast Asian archipelago suffered some of its worst forest fires in 2015, hitting Sumatra and Kalimantan.
The World Bank, citing government data, said 2.6 million hectares (6.4 million acres) of land in Indonesia burned between June and October 2015, causing $16 billion of estimated economic damage.
Draining and conversion of peatland, often driven by palm oil plantations, contributed to the intensity of haze from the fires, the World Bank said.