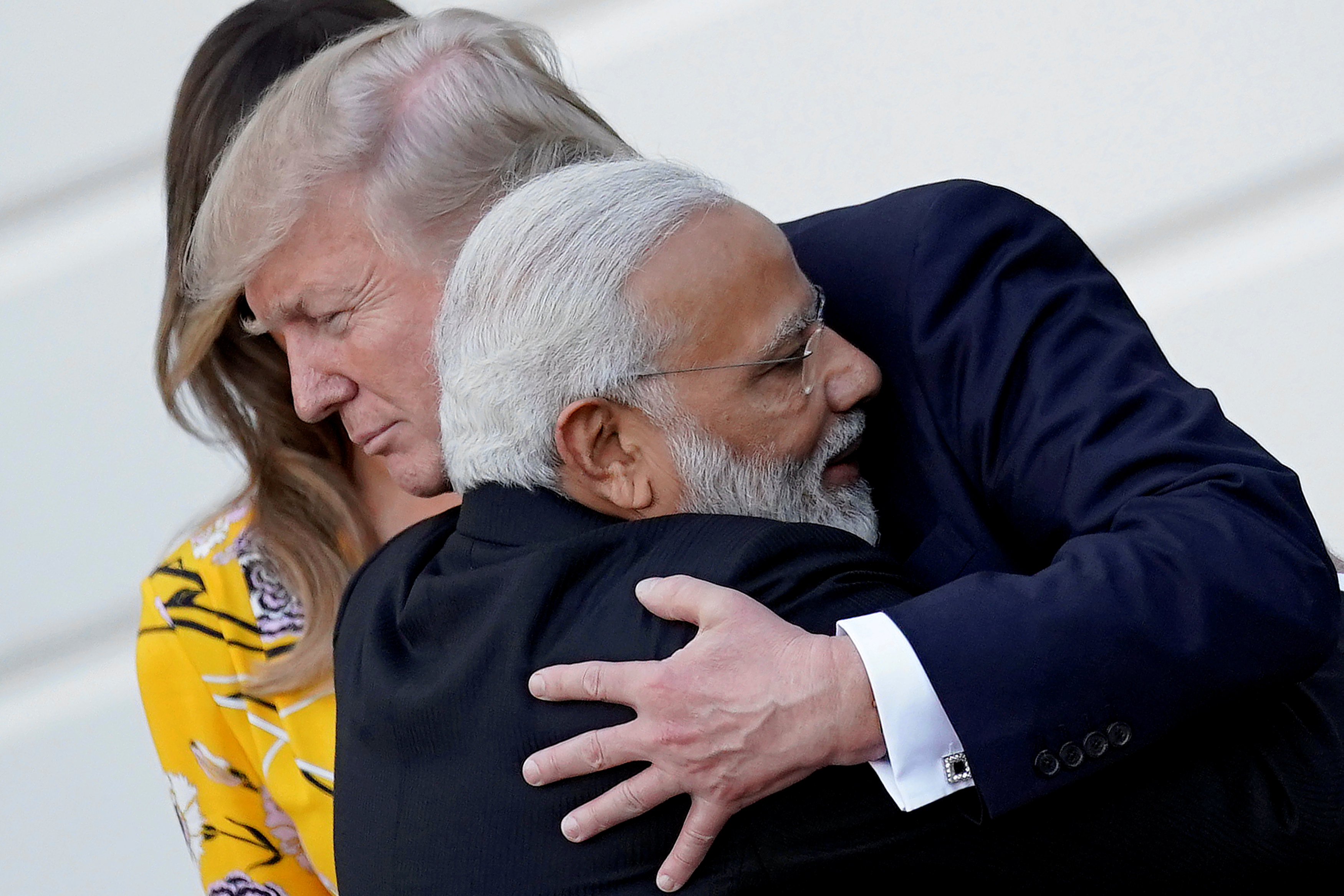 New Delhi: Top U.S. bosses are backing a new effort to build strategic ties with India, following Prime Minister Narendra Modi's recent first meeting with President Donald Trump.
The U.S.-India Strategic Partnership Forum (USISPF) seeks to reset and broaden the relationship between the world's two largest democracies, and to supplant an existing body under the umbrella of the U.S. Chamber of Commerce.
While Modi's bear hug with Trump and a clutch of deals at their meeting in June symbolised a budding friendship, trade between the two nations has underperformed and Washington wants to narrow a $31-billion bilateral deficit.
"What we are announcing today is an organisation redesigned for the future," said John Chambers, the executive chairman of Cisco Systems Inc, who is also chairing the USISPF that was launched on Wednesday.
The rollout follows a schism in which the management team of the U.S.-India Business Council (USIBC), headed by Mukesh Aghi, has joined the new organisation.
Chambers met Prime Minister Narendra Modi on Tuesday to brief him on the initiative and share its new logo - featuring interlocking blue and gold circles that symbolize the "win-win" nature of the project.
The new body would focus not only on trade but also promote business startups, innovation and education - areas that Modi has prioritised in his three years in power.
Describing Modi as "fearless", Chambers praised the Indian leader's decision last year to scrap high-value bank notes to cleanse the Indian economy of illicit wealth.
He also backed a new national sales tax launched last month, saying it was vital for Asia's third-largest economy to scale up manufacturing and achieve strong long-term growth.
"India is moving faster than any other country in the last three years," Chambers told a small group of reporters in New Delhi. "India used to be known as a very slow follower, and now it's a fast innovator."
The strategic partnership initiative followed a unanimous vote on July 10 by the USIBC's board to separate from the U.S. Chamber of Commerce.
The new body's board includes high-profile chief executives, such as Indra Nooyi of Pepsico Inc and Ajay Banga of Mastercard Inc.
One source familiar with the move said it was motivated in part by perceptions that the U.S. Chamber of Commerce had become too close to the Republican Party, and tended to deliver public lectures detrimental to the two-way relationship.
This included controversy over the issue of so-called H-1B visas widely used by India's $125 billion software industry to send engineers and programmers on assignments to the United States.
Trump administration officials were briefed on the strategic initiative and were supportive, added the source, who declined to be identified because of the sensitivity of the matter.
Thomas Donohue, president and chief executive of the U.S. Chamber of Commerce, last month criticised the breakaway as a "curious action". In a letter to members he described the USIBC as "alive and well".
The USIBC's acting president, Khush Choksy, was not available to comment.
Trump, despite clashing with leaders from allies such as Germany and Australia, turned on the charm for Modi, whose trip to Washington was deemed a success by both sides.
He has yet to nominate an ambassador to New Delhi, although senior White House official Kenneth Juster is tipped for the job. The State Department has yet to staff up its South Asia team.
Chambers played down those concerns, saying the Trump administration's commitment to India was "unparallelled", and adding, "This is the only strategic partnership that the Trump administration has really talked about."