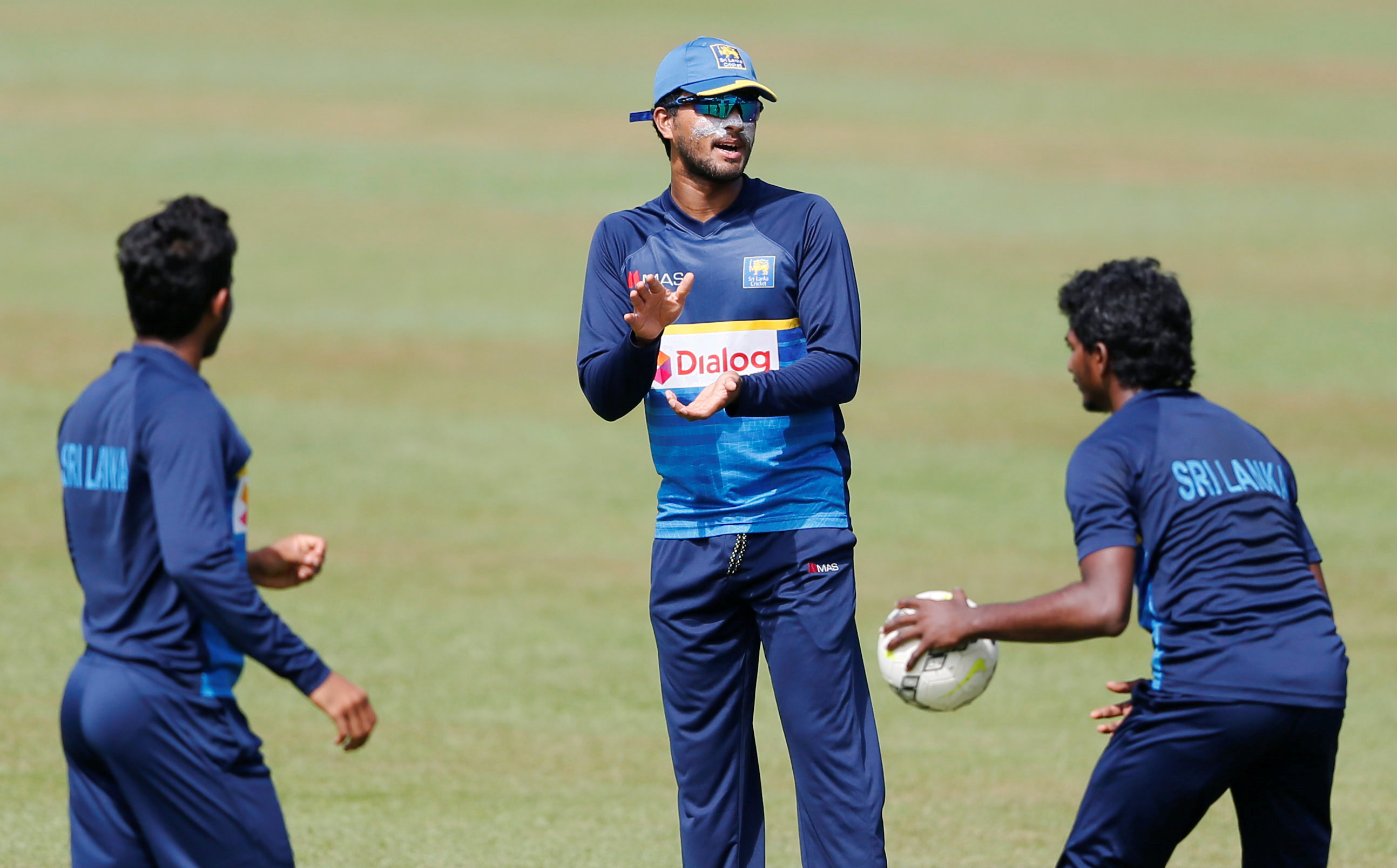 Colombo: Skipper Virat Kohli is faced with a problem of plenty in the opening slot but that is unlikely to come in the way of India's rampaging run when they attempt to seal the series against Sri Lanka in the second Test starting here on Thursday.
India were without the services of regular opener KL Rahul in the opening Test at Galle as he was laid low by viral fever.
However, his absence didn't affect the team's performance and the visitors won the match by a massive 304 runs to open with a bang in the three-match series.
Rahul has recovered amply and if he is successful in proving his fitness for the energy-sapping humid conditions predicted during this Test, the toss-up will be between Shikhar Dhawan and Abhinav Mukund for the second opener's slot.
Dhawan had smacked his fifth Test hundred at Galle, scoring 190 off 168 balls, a knock that put India in command on day one itself.
Mukund did score his second Test half century in the second innings, but it could be a case of too little, too late for the Tamil Nadu opener.
If Rahul is fit, Mukund will be expectedly left out, a strange happenstance because he was the original back-up opener in this Test squad ahead of Dhawan.
Interestingly, India had faced the opening dilemma even the last time they played here. Both Dhawan and Murali Vijay were out injured two years ago, and Rahul had opened with Pujara.
For the hosts, the task ahead is as onerous as it was in the first Test. The gap in Test rankings -- No. 1 to No. 7 -- highlighted the difference in quality of the two sides and the result from Galle has only widened this gulf.
It is a far cry from 12 months ago when this same Sri Lankan side blanked Australia 3-0. Perhaps the pitches were vastly different in that series, and if so, Lanka should be concerned again.
**media[708623]**
Good news for hosts
There is some good news ahead of this second Test for the injury-ridden side as their skipper Dinesh Chandimal has recovered from pneumonia and will be available for this game.
He is a mercurial batsman who put the Indian attack to the sword with a blistering 162 off 169 balls at Galle in 2015. It had stirred a stunning turn-around, and Sri Lanka will be hoping for similar inspiration from him once again.
Seasoned batsman Lahiru Thirimanne has also been called up as replacement for injured Asela Gunaratne who broke his left thumb whilst fielding on day one of the first Test and was ruled out of the remainder of the series.
Thirimanne had last played Test cricket for Lanka against England in 2016, and on his comeback trail, scored 59 runs in the two-day warm-up game India played in Colombo before the first Test.
Left-arm wrist-spinner Lakshan Sandakan has been brought into the squad as backup for Rangana Herath. The left-arm spinner, stand-in skipper at Galle last week, had injured his left hand whilst fielding too during the first Test.
Although scans revealed no breakage, his hand was swollen as a result of which he didn't bat in the second Lankan innings. He is expected to undergo a fitness Test on Wednesday to ascertain his availability for the game.
While his prospective absence will be a big blow to Lanka's hopes of pulling one back in the series, it will also give them an opportunity to hand a maiden Test cap to left-arm spinner Malinda Pushpakumara, touted widely as Herath's long-term replacement.
The hosts boast a mixed record against India at this particular ground, with eight Tests between the two countries yielding four draws.
Both teams have won two matches each, with India winning the last encounter here in 2015 by 117 runs.
It was a green-top wicket in the last Test of that series and Cheteshwar Pujara, as makeshift opener, had scored a magnificent 145 not out in the first innings to shepherd India's victory.
Since then, Pujara has reverted to his traditional No. 3 role and now returns to this ground to play his 50th Test.
Interestingly, R. Ashwin had crossed that same milestone in Galle.
India's victory here in 2015 also puts into context their last Test win at this ground. It was way back in 1993, when under Mohammed Azharuddin, India won by 235 runs and subsequently took the series 1-0.
The gap between the two series wins was 22 years, something coach Ravi Shastri underlined on Tuesday.
The 2015 win came in near-similar sub-continental conditions against a comparatively weaker Sri Lankan side and the challenge for Kohli's men is to repeat their series win here and drive home the coach's point.
It could prove to be an easier task here at the SSC than in 2015. As opposed to the green top last time around, the wicket for this second Test could be a replica of the one in Galle, albeit with a bit more bounce.
On Tuesday, the groundsmen were busy shaving off grass as well as rolling the pitch. At best, they might leave a sprinkling of green to just hold it together, a factor that will not alter India's eleven from the first Test.
The visitors continue to sit atop the ICC Test ranking charts and would once again be run-away favourites heading into this second Test.
India (from): Virat Kohli (capt), Shikhar Dhawan, Lokesh Rahul, Cheteshwar Pujara, Ajinkya Rahane, Rohit Sharma, Ravichandran Ashwin, Ravindra Jadeja, Wriddhiman Saha (wk), Ishant Sharma, Umesh Yadav, Hardik Pandya, Bhuvneshwar Kumar, Mohammed Shami, Kuldeep Yadav, Abhinav Mukund.
Sri Lanka (from): Dinesh Chandimal (capt), Angelo Mathews, Upul Tharanga, Dimuth Karunaratne, Niroshan Dickwella (wk), Kusal Mendis, Dhananjaya de Silva, Danushka Gunathilaka, Lahiru Kumara, Vishwa Fernando, Nuwan Pradeep, Rangana Herath, Dilruwan Perera, Malinda Pushpakumara, Lakshan Sandakan, Lahiru Thirimanne.