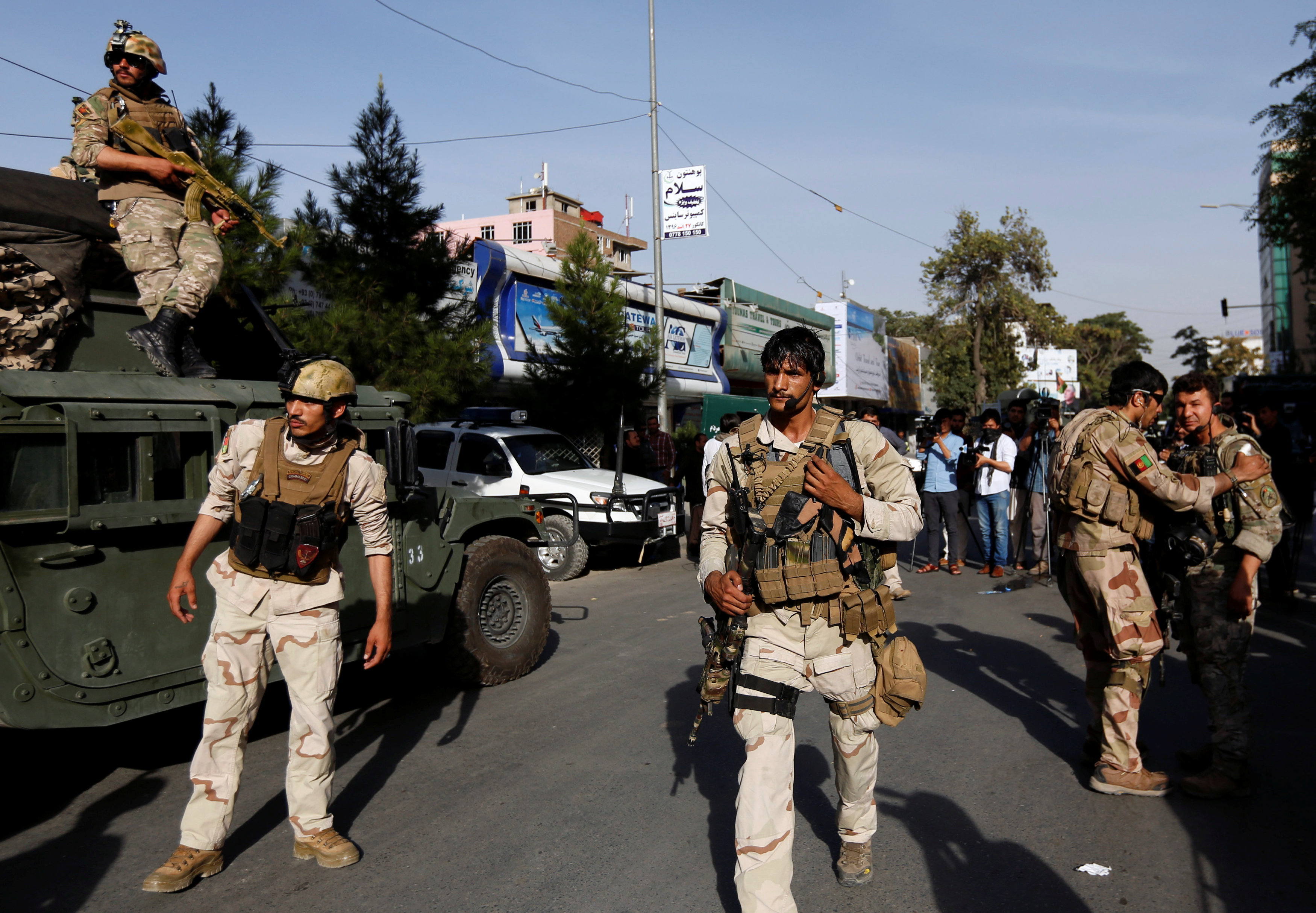 Kabul: An attack on the Iraqi embassy in Kabul has reinforced fears that IS group militants are seeking to bring the group's Middle East conflict to Afghanistan, though evidence of fighters relocating from Iraq and Syria remains elusive.
IS said it carried out Monday's attack, which began with a suicide bomber blowing himself up at the embassy's main gate, allowing gunmen to enter the building and battle security forces.
The choice of target, three weeks after the fall of Mosul to Iraqi troops, appeared to back up repeated warnings from Afghan security officials that, as IS militants were pushed out of Syria and Iraq, they risked showing up in Afghanistan.
"This year we're seeing more new weapons in the hands of the insurgents and an increase in numbers of foreign fighters," said Afghan Defence Ministry spokesman General Dawlat Waziri.
"They are used in front lines because they are war veterans."
One senior security official put the number of foreigners fighting for both IS and the Taliban in Afghanistan at roughly 7,000, most operating across the border from their home countries.
While such foreign fighters have long been present in Afghanistan, there has been growing concern that militants from Arab countries, who have left the fighting in Syria as pressure on IS there has grown, have also been arriving in Afghanistan through Iran.
"We are not talking about a simple militant fighter, we are talking about battle-hardened, educated and professional fighters in the thousands," another security official said.
"They are more dangerous because they can and will easily recruit fighters and foot soldiers here."
The United States, which first came to Afghanistan in 2001 after Al Qaeda's attacks on New York and Washington, is considering sending more troops to Afghanistan, in part to ensure the country does not become a haven for foreign militant groups.
But while Afghan and U.S. officials have long warned of the risk that foreign fighters from Syria could move over to Afghanistan, there has been considerable scepticism over how many have actually done so.
In April, during a visit to Kabul by U.S. Defence Secretary James Mattis, the commander of NATO forces in Afghanistan, General John Nicholson, said that, while ISIS had an "aspiration" to bring in fighters from Syria, "we haven't seen it happen".
U.S. commanders say that, in partnership with Afghan security forces, they have severely reduced IS's strength over the past year with a combination of drone strikes and Special Forces operations.
But according to Afghan intelligence documents reviewed by Reuters, security officials believe IS is present in nine provinces, from Nangarhar and Kunar in the east to Jawzjan, Faryab and Badakhshan in the north and Ghor in the central west.
"In recent operations, we have inflicted heavy losses on them but their focus is to recruit fighters from this area," said Juma Gul Hemat, police chief of Kunar, an eastern province where IS militants pushed out of their base in neighbouring Nangarhar have increasingly sought refuge.
"They are not only from Pakistan or former Taliban, there are fighters from other countries and other small groups have pledged their allegiance to them," he said.
Afghan officials say newly arrived foreign fighters have been heavily involved in fighting in Nangarhar province, IS's main stronghold in Afghanistan, where they have repeatedly clashed with the Taliban.
Security officials say they are still investigating Monday's embassy attack and it is too early to say whether there was any foreign influence or involvement.
IS put out a statement identifying two of the attackers as Abu Julaybib Al Kharasani and Abu Talha Al Balkhi, Arabic names that nonetheless suggest Afghan origins. Khorasan is an old name for the Central Asian region that includes Afghanistan, while Balkh is a province in northern Afghanistan.
What little contact is possible with fighters loyal to IS in Afghanistan suggests that the movement itself is keen to encourage the idea that foreign militants are joining its ranks.
"We have our brothers in hundreds from different countries," said an IS commander in Achin district of Nangarhar.
"Most of them have families and homes that were destroyed by the atrocity and brutality of the infidel forces in Arab countries, especially by the Americans," he said. "They can greatly help us in terms of teaching our fighters new tactics, with weapons and other resources."