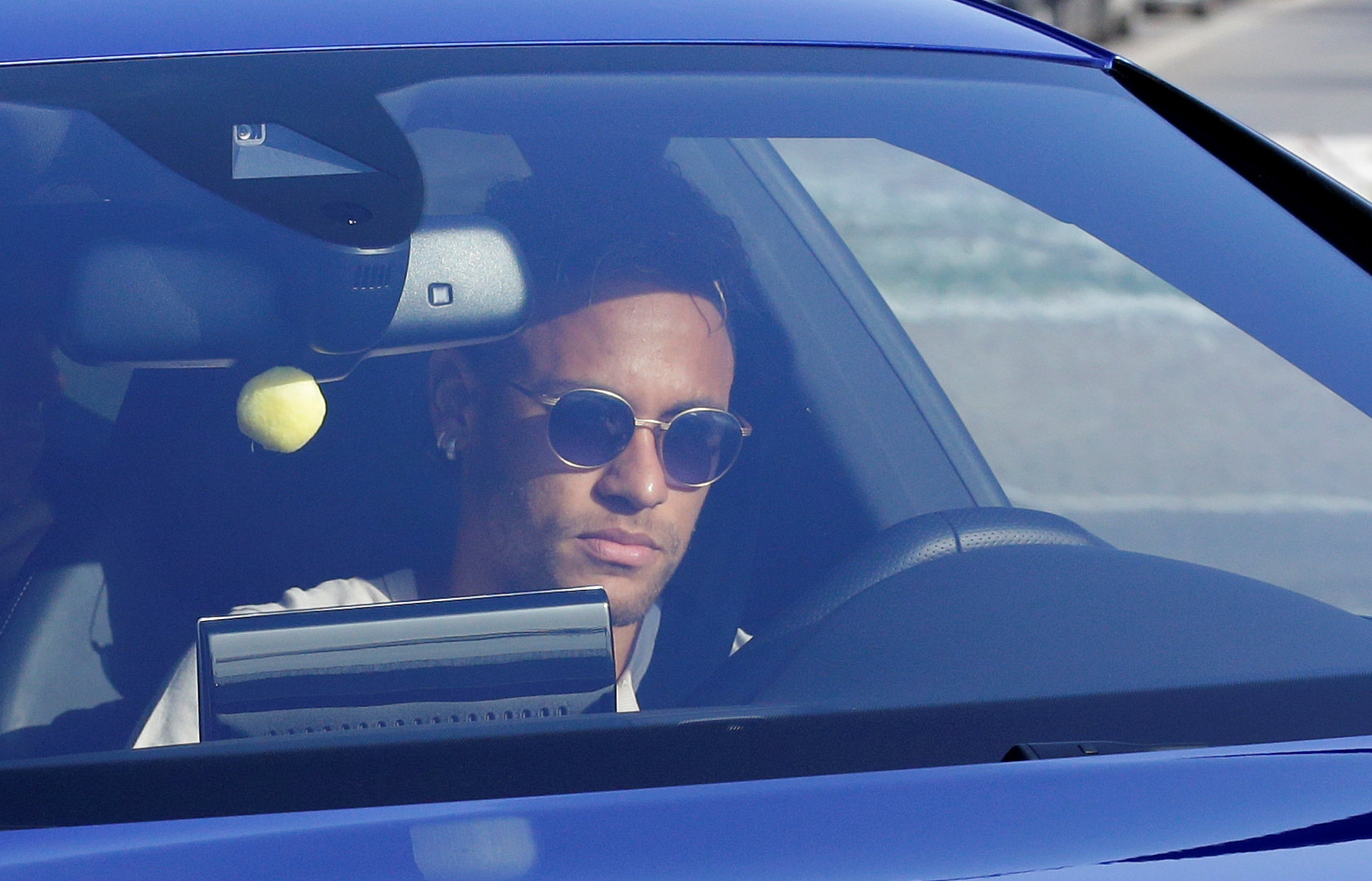 Madrid: Neymar’s record-breaking 222 million euros ($263 million) transfer to French side Paris Saint-Germain (PSG) moved a step closer on Wednesday when Barcelona said he had informed them of his intention to leave.
His move to PSG has been heavily flagged in European media but has yet to be completed.
“The player Neymar Jr, accompanied by his father and agent, has informed FC Barcelona this morning of his decision to leave the club in a meeting held at the club’s offices,” Barcelona said in a statement.
“The club refer to the buy-out clause of his existing contract which as of 1 July totals 222 million euros.”
Earlier the 25-year-old arrived at the club’s training ground to tell team mates he was moving to Paris, Catalan radio RAC1 reported. The Brazilian striker left the training area minutes later, it said, with the club confirming on Twitter that he had been given permission not to train.
In October, the player signed a new Barcelona contract until 2021 in which his buy-out clause was raised to more than double the biggest transfer fee in soccer history.
In an interview published on Wednesday, the president of the national football league, Javier Tebas, said the league would not accept payment by PSG to trigger the release clause. It would potentially be in breach of Uefa Financial Fair Play rules, he told Spanish sports newspaper AS.
However, UEFA told Reuters on Wednesday that no complaint had been received, adding that European football’s governing body would not block any potential deal in advance.
“UEFA will look into the details of this transfer in due course to ensure PSG are compliant with FFP requirements,” the UEFA statement said.
“The transfer of Neymar to PSG will have an effect on the club finances over several years but the impact of such an operation cannot be judged in advance, notably as PSG could well sell several players for a significant amount.
“We shall therefore only make calculations at the end and make sure that they respect the rules.”
PSG are one of the world’s richest clubs following their 2012 takeover by Qatar Sports Investments, an arm of Qatar’s sovereign wealth fund, which has transformed their fortunes.
Under the fair play rules - which Andrea Traverso, Uefa’s FFP project leader, was last week quoted by Italian newspaper Gazetta dello Sport as saying PSG were currently following - a club’s wage bill must not exceed 70 percent of its revenue.
PSG’s 2015-16 revenue came to 521 million euros, according to Deloitte’s Football Money League report issued in January.
550,000 Euros a week?
Media sources across Europe reported that Neymar will now head to Paris to continue negotiations on a potential six-year deal worth more than 550,000 euros a week. The striker only arrived back in Spain on Tuesday after trips to China and the Middle East.
Neymar has been active on social media, sharing on Instagram which said “I am not saying this because I am in need, for I have learned to be content whatever the circumstances.
“I know what it is to be in need, and I know what it is to have plenty. I have learned the secret of being content ...whether living in plenty or in want.”
A PSG spokesman declined to comment.
Neymar signed for Barcelona from Brazilian side Santos for 57.1 million euros in 2013, although it was later revealed the cost was closer to 100 million euros.