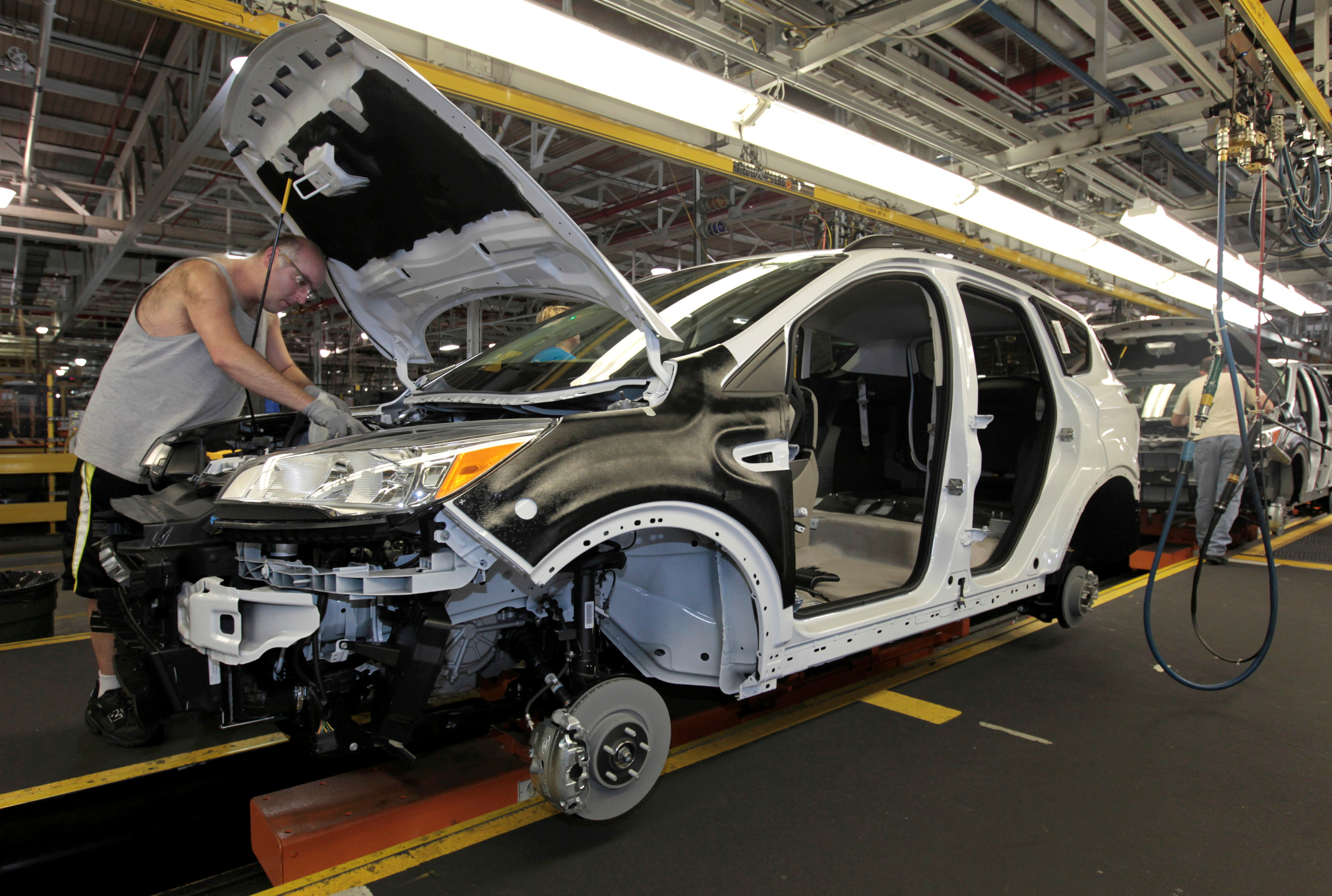 Washington: A measure of US factory activity fell from a near three-year high in July amid a drop in new orders and consumer spending barely rose in the prior month, setting the economy on a moderate growth path in the third quarter.
Other data on Tuesday showed a sharp drop in construction spending in June as investment in public projects recorded its biggest decline since March 2002.
The Institute for Supply Management (ISM) said its index of national factory activity fell to a reading of 56.3 last month from 57.8 in June, which was the highest level since August 2014.
A reading above 50 in the ISM index indicates an expansion in manufacturing, which accounts for about 12 per cent of the US economy. Manufacturing is slowing as a boost from the energy sector ebbs after a burst in oil well drilling activity.
It is also being hurt by declining automobile production as companies respond to falling sales that have left them with an inventory bloat. Motor vehicle production has dropped for three straight quarters.
Last month, the ISM survey's production sub-index fell 1.8 points to a reading of 60.6. A gauge of new orders slipped to 60.4 from 63.5 in June. Though a measure of factory employment dropped two points to 55.2, labor market conditions in the sector are tightening. Manufacturers reported an increase in turnover, with employees leaving for other opportunities.
The US dollar touched a 15-month low against a basket of currencies after the data. Prices of US Treasuries reversed course to trade higher and US stocks rallied, with the Dow Jones Industrial Average hitting a record high.
Tepid demand
In a separate report on Tuesday, the Commerce Department said consumer spending, which accounts for more than two-thirds of US economic activity, edged up 0.1 per cent in June after a 0.2 per cent gain in May.
There was also little sign of inflation. The personal consumption expenditures (PCE) price index, excluding food and energy, rose 0.1 per cent in June after a similar gain in May. In the 12 months through June, the so-called core PCE price index increased 1.5 per cent after advancing by the same margin in May.
The core PCE is the Federal Reserve's preferred inflation measure. The US central bank has a 2 per cent target.
The data was included in the second-quarter gross domestic product report published last week. That report showed consumer spending increasing at a 2.8 per cent annualised rate, which accounted for the bulk of the economy's 2.6 per cent growth pace during the quarter.
But that estimate could be revised lower in the wake of a report from the Commerce Department on Tuesday showing construction spending tumbling 1.3 per cent to $1.21 trillion, the lowest level since September 2016.
Construction spending was weighed down by a 5.4 per cent plunge in public investment, which the was biggest decline since March 2002. The drop was across federal, state and local governments. Hopes that President Donald Trump's vow to boost infrastructure spending would kick off a construction boom have largely faded since the beginning of the year.
The consumer spending report showed inflation-adjusted consumption was unchanged in June after a rise of 0.2 per cent in May. June's flat reading points to moderate consumer spending growth in the third quarter.
Since accelerating at a 3.8 per cent pace in the second quarter of 2016, consumer spending growth has remained below a 3.0 per cent rate, restrained by sluggish wage gains.
In June, personal income was unchanged. That was the weakest reading since a 0.1 per cent dip in November 2016 and followed a 0.3 per cent increase in May.
Wages and salaries increased 0.4 per cent in June. Personal dividend income declined 3.0 per cent in June after surging 4.8 per cent in May. Income at the disposal of households after accounting for inflation fell 0.1 per cent, the largest decrease since last December.