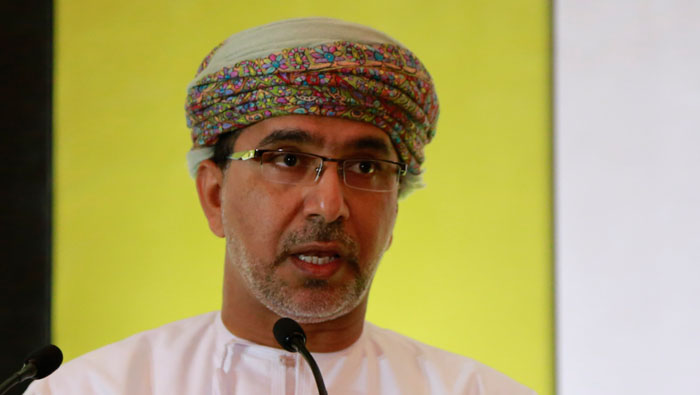 Muscat: The Oman government has signed a $3.55 billion five-year loan agreement with a group of Chinese financial institutions, according to a press statement released by the Ministry of Finance.
The senior unsecured loan follows the Sultanate’s $5 billion multi-tranche bond and $2 billion sukuk priced earlier this year. “The transaction witnessed strong interest from a group of leading Chinese banks with the transaction upsized from the initial target of $2 billion to accommodate interest from the lenders,” said the statement.
The transaction was noteworthy in a number of ways and was able to fulfil the Sultanate’s key objectives, such as complete Government’s external funding requirement for 2017.
Besides, it helped the Sultanate to diversify funding sources from debt markets and the traditional source of Western and regional banks funding.
Further, it was a milestone transaction and a first for the region, where only Chinese financial institutions were invited to participate in a loan that introduced a new pool of investors to the Sultanate.
“The transaction saw significant demand from the Chinese lending base, reaffirming lenders’ continued belief in the Sultanate’s long-term credit fundamentals,” added the statement.
The $3.55 billion transaction size also represents the largest ever deal size achieved for a regional borrower exclusively in the Chinese market. The strong demand supported competitive pricing and enabled Oman to upsize the facility.
The transaction was self-arranged by the newly established Debt Management Office in the Ministry of Finance.
“We are delighted to see strong interest and support from Chinese financial institutions and companies for increasing their investments in Oman. The transaction demonstrates the continued confidence of international investors in Oman. With this loan, we have successfully completed the financing requirements for the expected 2017 fiscal deficit, and also been able to meet the refinancing needs in relation to some of the loan instalments that fell due during the year,” said Nasser Khamis Al Jashmi, undersecretary at the Ministry of Finance.