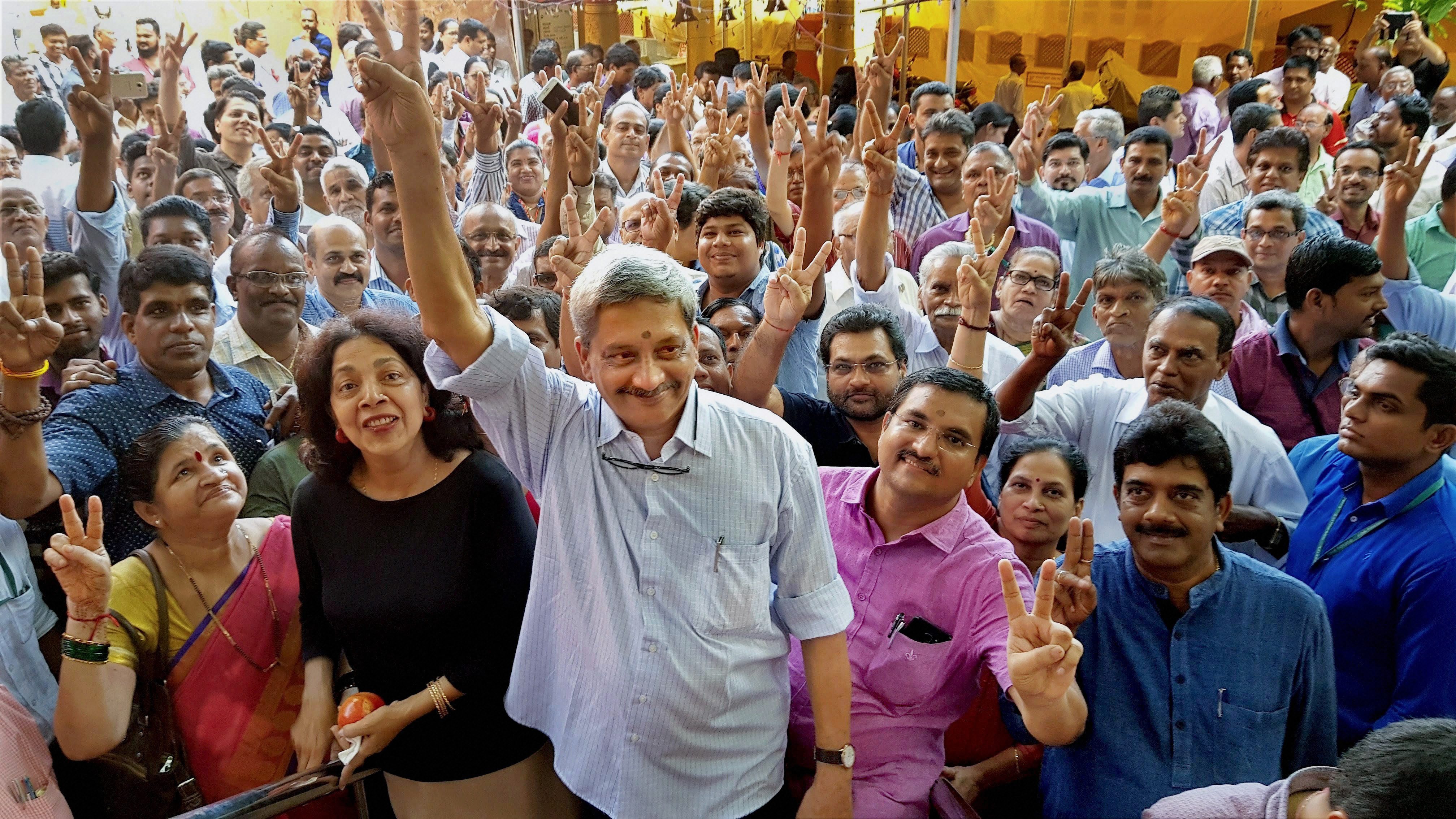 Panaji: Goa Chief Minister Manohar Parrikar on Wednesday filed his nomination for the Panaji Assembly bypoll, scheduled to the held on August 23.
Accompanied by a large number of his supporters, Parrikar went to the election office on Wednesday morning to submit his nomination papers.
"After the election results are out on August 28, the implementation of the 365-day-long action plan for Panaji constituency will start. The reverse countdown of the plan will start from August 29 and it will be completed exactly after a year," Parrikar told his supporters before filing the nomination papers.
He said issues related to development, infrastructure, education and other problems of the people in Panaji constituency would be either resolved or action will start on them in a year.
The chief minister said issues pertaining to electricity, water, sewage, garbage and others would also be considered under the action plan.
Before filing nomination, the chief minister visited the Mahalaxmi temple and the Immaculate Conception Church, both located in the city.
Parrikar was earlier elected from the constituency from 1994 till 2014.
Though the Congress emerged as the single largest party after the Assembly polls, the BJP, with the support of the Goa Forward Party, the Maharashtrawadi Gomantak Party (MGP) and independents, managed to cobble up an alliance and formed the government under Parrikar's leadership.
Parrikar resigned as the defence minister after the BJP formed the government in Goa.
He was sworn-in as the chief minister on March 14 this year. He has to get elected to the Assembly within six months of taking charge as the chief minister.
Parrikar initially had the choice to contest either from Curchorem or Panaji constituency but he chose the latter, which has been his bastion.
The by-election in Panaji and Valpoi constituencies would be held on August 23.
The bypolls were necessitated following the resignations of BJP's sitting MLA Siddharth Kuncolienkar and Congress' Vishwajeet Rane, from Panaji and Valpoi seats, respectively.
Kuncolienkar had resigned apparently to vacate the seat for Parrikar.