Muscat bourse edges down despite support from foreign investors 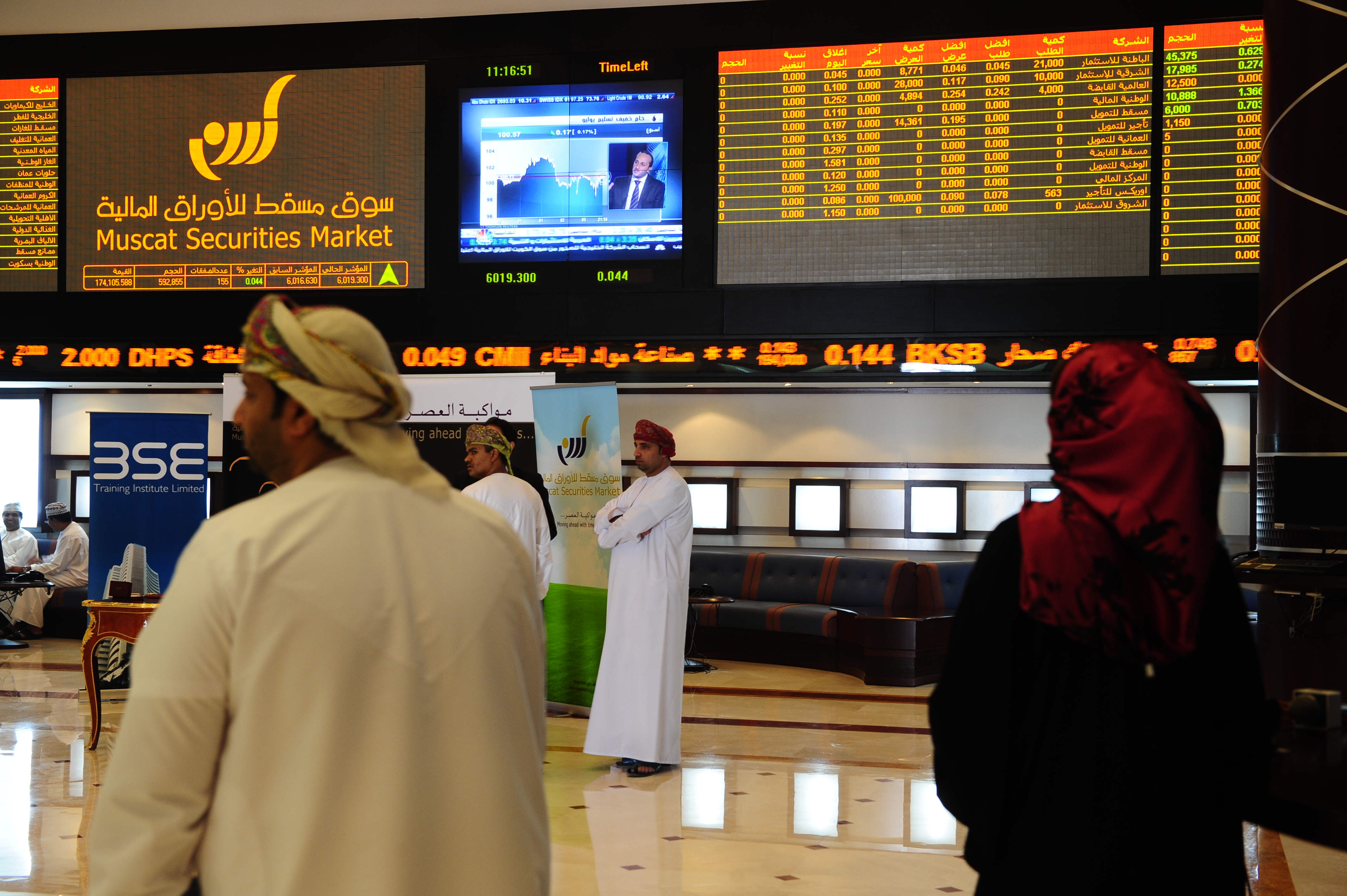 Muscat: Shares on the Muscat bourse were relatively stable and closed at 4,995.17 points, a marginal loss of 0.08 per cent. The MSM Sharia Index ended at 742.55 points, down 0.30 per cent. Ooredoo was the market leader in terms of both volume and turnover. Up by 5.98 per cent, Renaissance Services was the top gainer, while the top loser was United Finance, with a loss of 6.25 per cent.
During the session, a total of 471 trades were executed, generating turnover of OMR2.98 million with more than 11.09 million shares changing hands. Out of 28 traded securities, 8 advanced, 11 declined, and 9 remained unchanged. Foreign investors switched to net buyers for OMR614,000 followed by GCC and Arab investors for OMR400,000 while Omani Investors were net sellers for OMR1.01 million worth of shares.
Financial Index closed the session at 7,542.14 points, up by 0.18 per cent. Al Madina Takaful, Al Madina Investments, Bank Sohar and Bank Muscat gained 1.77 per cent, 1.54 per cent, 1.40 per cent and 1.13 per cent, respectively. United Finance, Al Anwar Holding, Taageer Finance, Global Financial Investment and NBO declined by 6.25 per cent, 1.96 per cent, 1.74 per cent, 1.26 per cent and 0.48 per cent, respectively.
Industrial Index retreated 0.66 per cent to close at 6,771.99 points. Al Anwar Ceramics, Oman Fisheries and Al Jazeera Steel increased by 1.64 per cent, 0.79 per cent and 0.42 per cent, respectively. Oman Refreshments, Raysut Cement and National Aluminium declined by 4.52 per cent, 3.43 per cent and 1.47 per cent, respectively.
Services Index ended at 2,492.93 points, up by 0.34 per cent. Renaissance Services, up by 5.98 per cent, was the sole sector gainer. Al Jazeera Services, Oman Telecommunications Company and Ooredoo decreased by 1.96 per cent, 0.89 per cent and 0.46 per cent, respectively.
BSE at record high
Markets broke new ground today as the Nifty came close to 10,000 and the Sensex signed off at 32,246 after banking stocks came alive on better-than-expected quarterly results.
Oil and gas, IT and FMCG stocks also threw their weight behind the rally.
There was cheer on the growth front as the International Monetary Fund (IMF), in its World Economic Outlook Update, retained India GDP forecast at 7.2 cent for the current fiscal, saying the country will pip China in growth sweepstakes in 2017 and 2018 as well.
The 30-share BSE barometer rose to all time intra-day high of 32,320.86 as index heavyweight Reliance Industries, ITC and TCS registered strong gains.
The Sensex settled higher by 216.98 points, or 0.68 per cent, at 32,245.87, a closing record. The NSE Nifty too broke free and hit an all time high of 9,982.05 in day's trade. However, it closed at 9,966.40, a life high, up 51.15 points, or 0.52 per cent, over its last close.
Reliance Industries raced to 52-week high on better than estimated earnings and announcement of bonus share. It closed with gains of 1.89 per cent on the BSE.
The stock of HDFC Bank jumped 1.83 per cent after it posted 20 per cent growth in net profit.
"Positive growth metrics for India endorsed by the International Monetary Fund (IMF) and NITI Aayog Vice-Chairman Arvind Panagariya propped up investors' risk-on sentiment.
Latest report from the IMF has projected India's growth at 7.7 per cent in 2018 estimating a significant increase against the backdrop of ongoing economic reforms," said Karthikraj Lakshmanan, Senior Fund Manager - Equities, BNP Paribas Mutual Fund.
Bharti Airtel, FMCG giant ITC, TCS, Wipro, Infosys, ICICI Bank and SBI all had a good day, posting gains of up to 2.20 per cent.
Better-than-expected earnings by most corporates so far and a steady progress in monsoon also aided the rally that saw several stocks touching fresh 52-week highs, traders said.
The bullishness rubbed off on broader markets, lifting both small-cap and mid-cap indices. Bucking the trend, Dr Reddy's, Axis Bank, Tata Steel, Sun Pharma lost by up to 2.44 per cent.
Most Asian markets ended mixed as investors trained their attention to the US Federal Reserve meeting later in the week. European shares were under pressure in their late morning
trade. Foreign portfolio investors bought shares worth a net Rs 12.90 crore while domestic institutional investors (DIIs) made purchase to the tune of Rs 147.66 on Friday, as per provisional data.