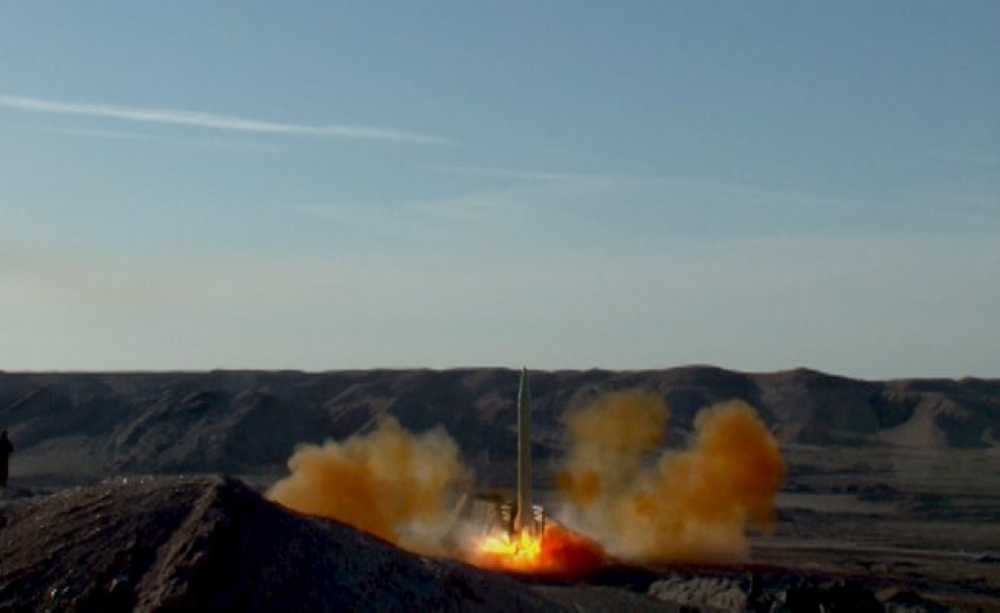 Washington: The United States on Tuesday unveiled new economic sanctions against Iran over its ballistic missile programmme and for contributing to regional tensions. The announcements came a day after President Donald Trump’s administration warned Tehran that it was not following the spirit of its 2015 nuclear agreement with world powers. The U.S. Department of Treasury said in a statement it was targeting 16 entities and individuals. Those sanctioned had backed Iran’s military or Iran’s Islamic Revolutionary Guard Corps by developing drones and military equipment, producing and maintaining boats, and procuring electronic components, it said. Others had “orchestrated the theft of U.S. and Western software programs” sold to Iran’s government, the Treasury Department said. The U.S. State Department had also designated two Iranian organisations involved in Iran’s ballistic missile programme, according to the Treasury Department. The statement listed Iranian support for groups including Hezbollah and Hamas as well as the Syrian government of President Bashar Al Assad and Houthi rebels in Yemen. The Trump administration declared on Monday that Iran was complying with the nuclear deal concluded between Iran and six world powers under which Iran agreed to curb its nuclear programme in return for sanctions relief.