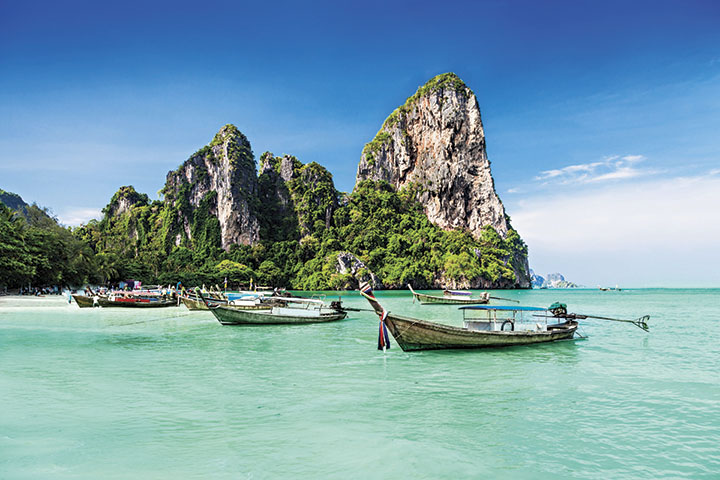 The global carrier has inaugurated its direct flights to Phuket, one of the most prominent tourist destinations in the world. Flying to more countries and also international destinations than any other airline in the world, Turkish Airlines has started to operate four weekly flights to Phuket as from July 17. The inaugural flight from Istanbul landed at 8.55am in the Phuket International Airport (HKT) and was welcomed by the customary water cannon salutes in a formal ceremony.

Deputy Chairman and CEO of Turkish Airlines Bilal Eksi, commented at the launch ceremony; “Turkish Airlines is excited to be bringing more value and connectivity to its passengers through its ever expanding network. As an award-winning airline that invites people to explore the beauties of our world, it was a natural choice for us to decide on Phuket as our next destination.”

Introductory round trip fares are available from Istanbul to Phuket which is the biggest island and exotic destination of Thailand, starting from $569 (including taxes and fees).

Direct flights from Istanbul to Phuket will be operated four times per week on Mondays, Thursdays, Saturdays, and Sundays. Furthermore, Miles&Smiles members will be able to upgrade their paid economy class tickets up to 22,500 miles, instead of 45,000, one-way flights by December 31st, 2017.

With Turkish Airlines scheduled flight to Phuket; Turkish Cargo has also launched its scheduled freighter flights to the island, the most prominent tourism destination of Thailand. To view the flight schedules visit turkishairlines.com, contact the call centre at +90 212 444 0849 or visit any Turkish Airlines sales office.
—[email protected]