Vision plans to offer dividend yield of 9.5 per cent 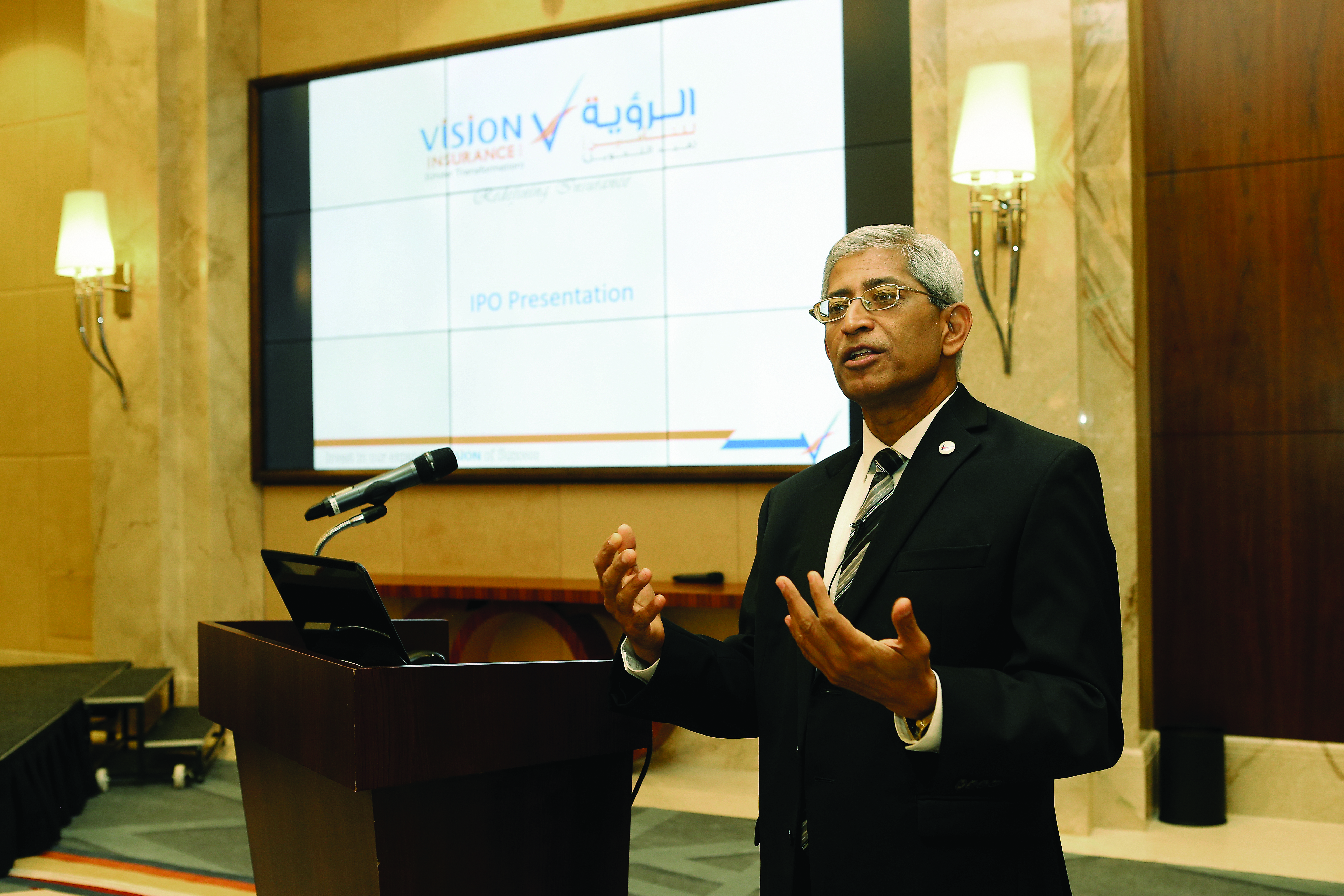 Muscat: Vision Insurance will offer an average annual dividend yield of 9.5 per cent over the next three years as its Initial Public Offering weighed in on market growth in the coming years.
The first dividend payout is scheduled in April next year at 10 per cent yield while the consecutive years will witness a yield of 9.25 per cent to shareholders.
Positive market triggers are expected to drive growth of Vision Insurance. A marginal 1 per cent increase in the market share will take Vision to its $100 million premium goal post.
“We are today a $60 million company. We want to be a $100 million company over the coming five years,” P R Ramakrishnan, CEO of Vision Insurance said.
“We are building on our excellent record in the past six years. We have grown much more than the insurance sector in general, therefore I say IPOs are abundant but Vision is rare.”
Motor insurance will remain the predominant revenue generator for the company as it generates around 50 per cent of profits while health and other non-life insurance are expected to increase their footprint.
Ramakrishnan added that positive market triggers such as lower penetration rate when compared to other countries in the world and new laws such as mandatory health insurance could further strengthen the company’s position.
Capital Market Authority had asked insurance companies to go public before August 2017. In response, Vision Insurance has announced its offering of 25 million shares representing 25 per cent of the paid up capital of the company to the public at a price of 162 baisas per share aggregating to an issue size of OMR4 million. The offer price is comprised of a nominal value of 100 baisas per share, share premium of 60 baisas and offer expenses of 2 baisas per share.
To comply with the minimum capital requirement of the Royal Decree, the company had increased its paid up capital from OMR5.50 million at December 31 2016 to OMR10 million during 2017 by a combination of bonus shares and rights shares to existing shareholders.
The book value per share at the end of 2016 was OMR1.622 based on a nominal value of OMR1 per share. However, after adjusting for capital increase in 2017 prior to the IPO, the calculated book value per share at end of 2016 will be 130 baisas based on a nominal value of 100 baisas per share.
“We have received an excellent response. A lot of enquiries are coming to us and we expect a lot of investors by close of the offering. I think it is fairly valued and investors can expect growth depending on the fundamentals,” Parag Mathur, Unit Head of Corporate Finance and Advisory at Ahli Bank said.
The shareholders’ equity of the company at December 2016 adjusted for capital increased to OMR13 million with total invested funds of OMR18.4 million, up from OMR7.4 million of equity and OMR11.5 million of invested funds at end of 2014, a growth of 76 per cent and 60 per cent respectively, over two years.
The issue opened for public subscription on July 9 and closes on August 7.
Ahli Bank is the issue manager, and Dentons are the legal advisors to the company for this issue. Subscription forms to apply for this issue can be obtained from any of the four collecting banks - Ahlibank, Oman Arab Bank, National Bank of Oman and Bank Sohar.