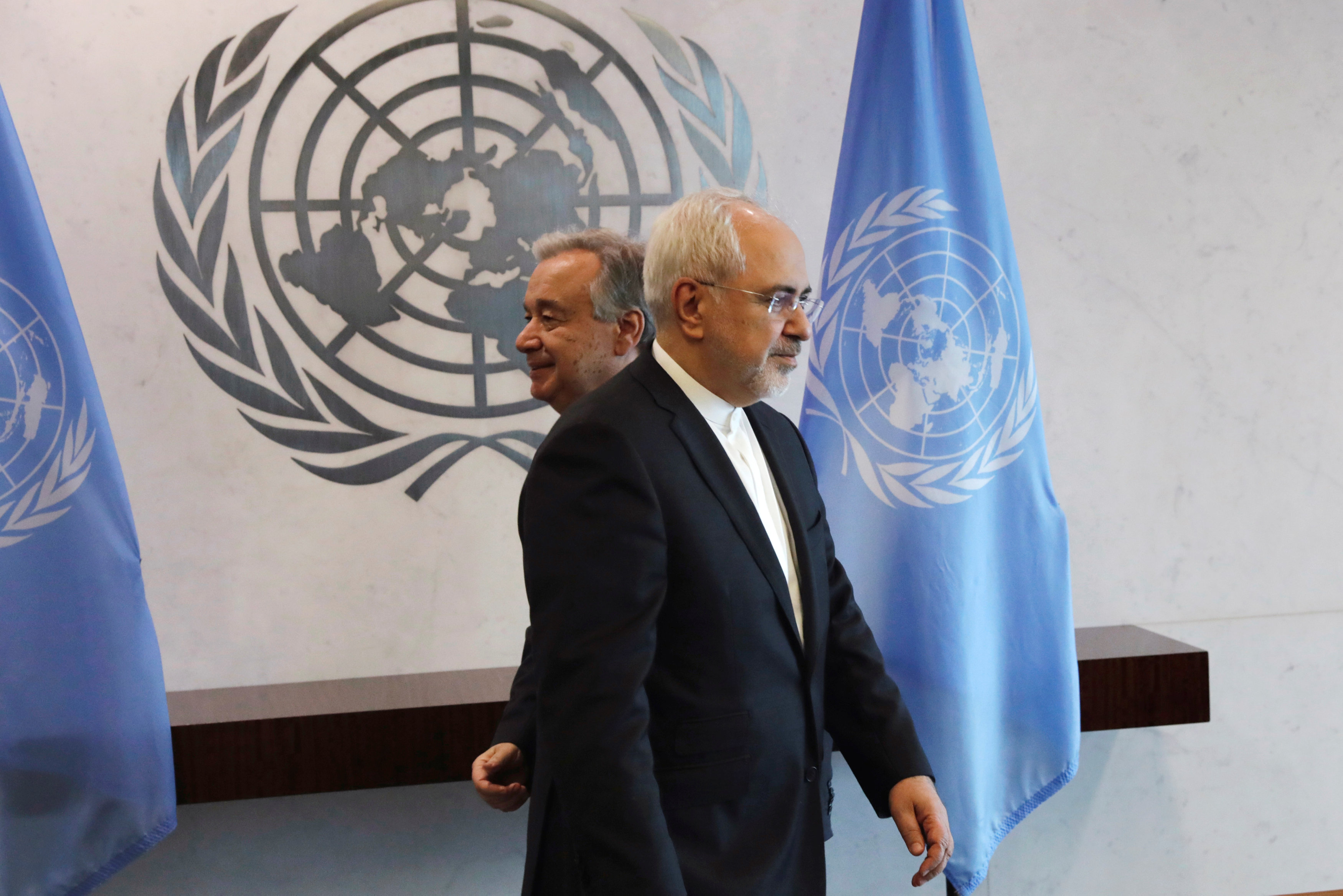 Washington: President Donald Trump's administration on Monday declared that Iran was complying with its nuclear agreement with world powers, but warned that Tehran was in default of the spirit of the accord and that Washington would look for ways to strengthen it.
It was the second time Trump certified Iranian compliance with the agreement since he took office in January, despite criticizing it during the 2016 campaign as "the worst deal ever."
Trump administration officials, briefing reporters on Monday on the decision, said new economic sanctions against Iran were being prepared over its ballistic missile programme and for contributing to regional tensions.
Under U.S. law, the State Department must notify Congress every 90 days of Iran's compliance with the so-called Joint Comprehensive Plan of Action (JCPOA). Trump had faced a congressionally mandated deadline of Monday to decide.
A senior administration official said Iran was judged in compliance of the 2015 nuclear deal but that Trump and Secretary of State Rex Tillerson believed Iran "remains one of the most dangerous threats to U.S. interests and to regional stability."
The official ticked off a list of accusations about Iranian behaviour in the region, including ballistic missile development and proliferation, support for terrorism and militancy, complicity in atrocities committed in Syria and threats to Gulf waterways.
"The president and the secretary of state judge that these Iranian activities severely undermine the intent of the JCPOA, which was to contribute to regional and international peace and security. As a result, the president, the secretary of state and the entire administration judge that Iran is unquestionably in default of the spirit of the JCPOA," the official said.
The landmark deal struck with Iran by the United States, France, Britain, Russia, China and Germany is aimed at preventing Tehran from developing a nuclear weapon by imposing time-limited restrictions and strict international monitoring on its nuclear programme. In return, Tehran won relief from punishing international economic sanctions.
Iran denies seeking nuclear arms. The U.N. nuclear watchdog, the International Atomic Energy Agency, concluded in December 2015, however, that Iran worked on the design of a missile-borne nuclear warhead until 2009.
While lifting nuclear-linked sanctions, the United States maintains sanctions related to Iran's ballistic missile programme, human rights record and what Washington charges is its support for international terrorism.
The senior administration official said the Trump administration intended to employ a strategy that would "address the totality of Iran's malign behaviour" and not just focus on the Iran nuclear agreement.
The administration is also looking at ways to strengthen the nuclear deal and more strictly enforce it, the official said, citing concerns that the deal over time would let Iran openly pursue industrial-scale nuclear fuel enrichment.
"We're in a period where we’re going to be working with our allies to explore options for addressing the JCPOA's flaws, which there are many," the official said.