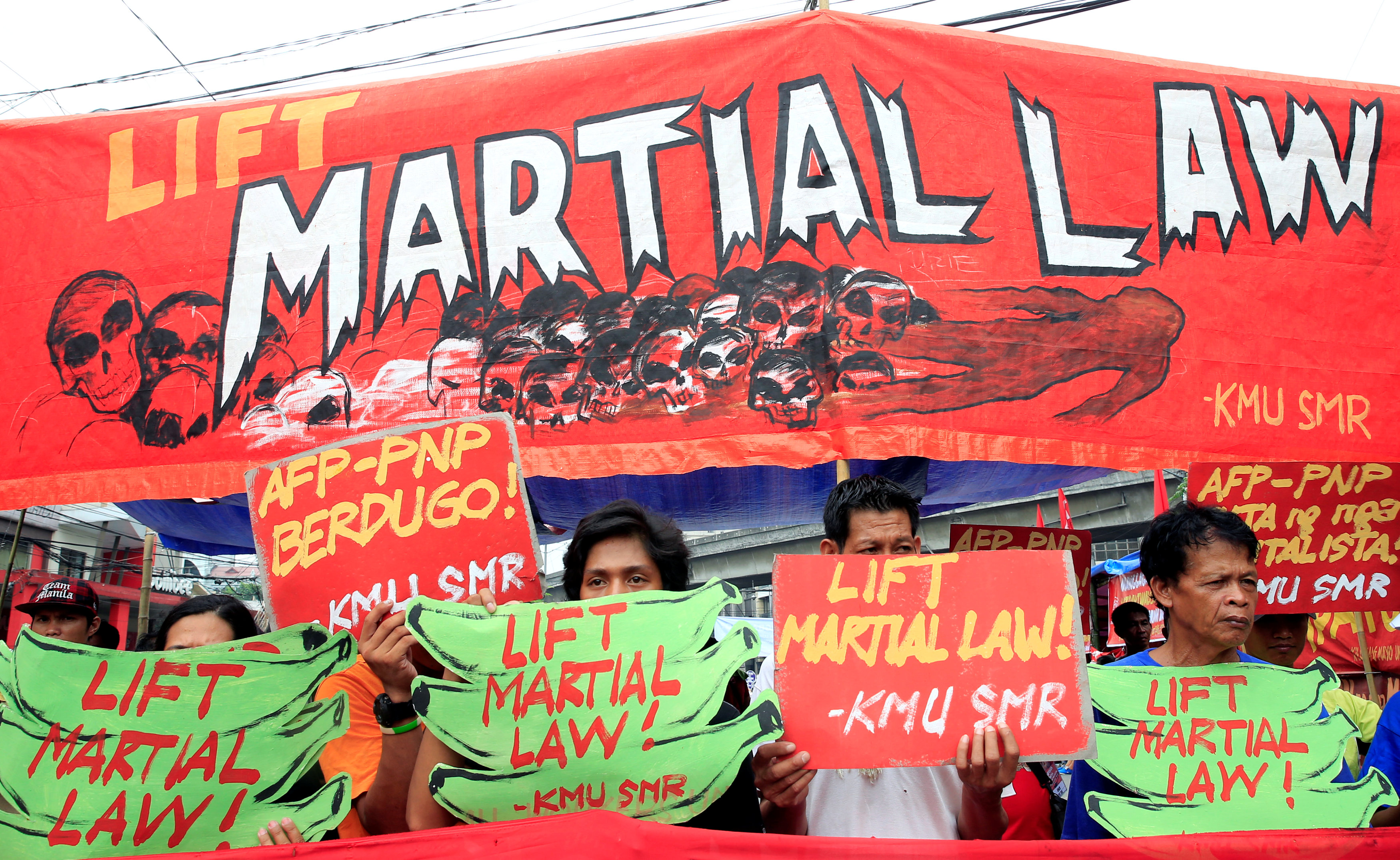 Manila: Philippine President Rodrigo Duterte on Tuesday asked Congress to extend martial law on the southern island of Mindanao until the end of the year, to grant him time to crush a rebel movement inspired by the IS militant group.
The region of 22 million people, which has a history of separatist and Marxist rebellion, was placed under military rule on May 23 after rebels from the Maute and Abu Sayyaf groups took over parts of Marawi City, plunging the Philippines into its biggest security crisis in years.
Insurgents have put up fierce resistance, with scores of fighters still holed up in central Marawi after 57 days of government ground offensives, air strikes and artillery bombardments, in a battle authorities say has killed 413 militants, 98 members of the security forces and 45 civilians.
"The primary objective of the possible extension is to allow our forces to continue with their operations unhampered by deadlines and to focus more on the liberation of Marawi and its rehabilitation and rebuilding," said presidential spokesman Ernesto Abella, reading a letter signed by Duterte.
A hardcore of gunmen were on Tuesday clinging on to positions in a deserted commercial heart, which has been reduced to rubble by a bombing campaign that has angered residents with no homes or businesses to return to.
Duterte has appointed a task force to rebuild Marawi, with a 20 billion peso ($394.81 million) budget.
The brazen assault by organised, heavily armed militants who have pledged allegiance to IS has fanned fears that extremists may have radicalised and recruited more fighters than was previously thought.
The Marawi siege is the fourth battle between the Maute clan and the military over the past nine months and the country's defence minister, Delfin Lorenzana, has admitted the combat and planning capability of the enemy has been underestimated.
Lorenzana on Tuesday met Singaporean counterpart Ng Eng Hen, who offered the Philippines urban warfare training and use of surveillance aircraft to locate militants, adding to reconnaissance support Australia and the United States is currently providing.
Duterte has long warned that Mindanao faced contamination by IS, and experts say Muslim parts of the predominantly Catholic southern Philippines are fertile ground for expansion due to their history of marginalisation and neglect.
While few dispute that Duterte has a serious problem on his hands, his critics have derided his declaration of martial law across all of Mindanao, an area the size of South Korea.
Martial law allows for deeper surveillance and arrests without warrant, giving security forces a freer rein to go after suspected extremist financiers and facilitators.
According to several senate and congress leaders who dined with the president on Monday evening, Duterte had told them he wanted martial law for another 60 days.
In the case of continuing martial law beyond the initial 60-day limit, the constitution does not restrict how long it can be extended, although Congress can challenge it.
Senator Antonio Trillanes, Duterte's top critic, said such a long extension was a "whimsical misuse of power".
"I have already forewarned the public of Duterte's authoritarian tendencies and this is another proof of it," he said in a statement.
Martial law is a sensitive issue in the Philippines, bringing back memories of the 1970s rule of late dictator Ferdinand Marcos, who was accused of exaggerating security threats to justify harsh measures that allowed his regime to suppress dissent brutally.
The extension would be the first time since the Marcos era that martial law was renewed.
Outrage about martial law has largely been restricted to Duterte's main critics, with the majority of Filipinos behind his security measures, according to opinion polls.
Lower house speaker, Pantaleon Alvarez, an ally of Duterte, said it was likely Congress would endorse the president's request to extend martial law until the end of the year.
He also said Congress should look into possible intelligence failures that led to the siege, in particular, how the militants managed to stockpile so many weapons.