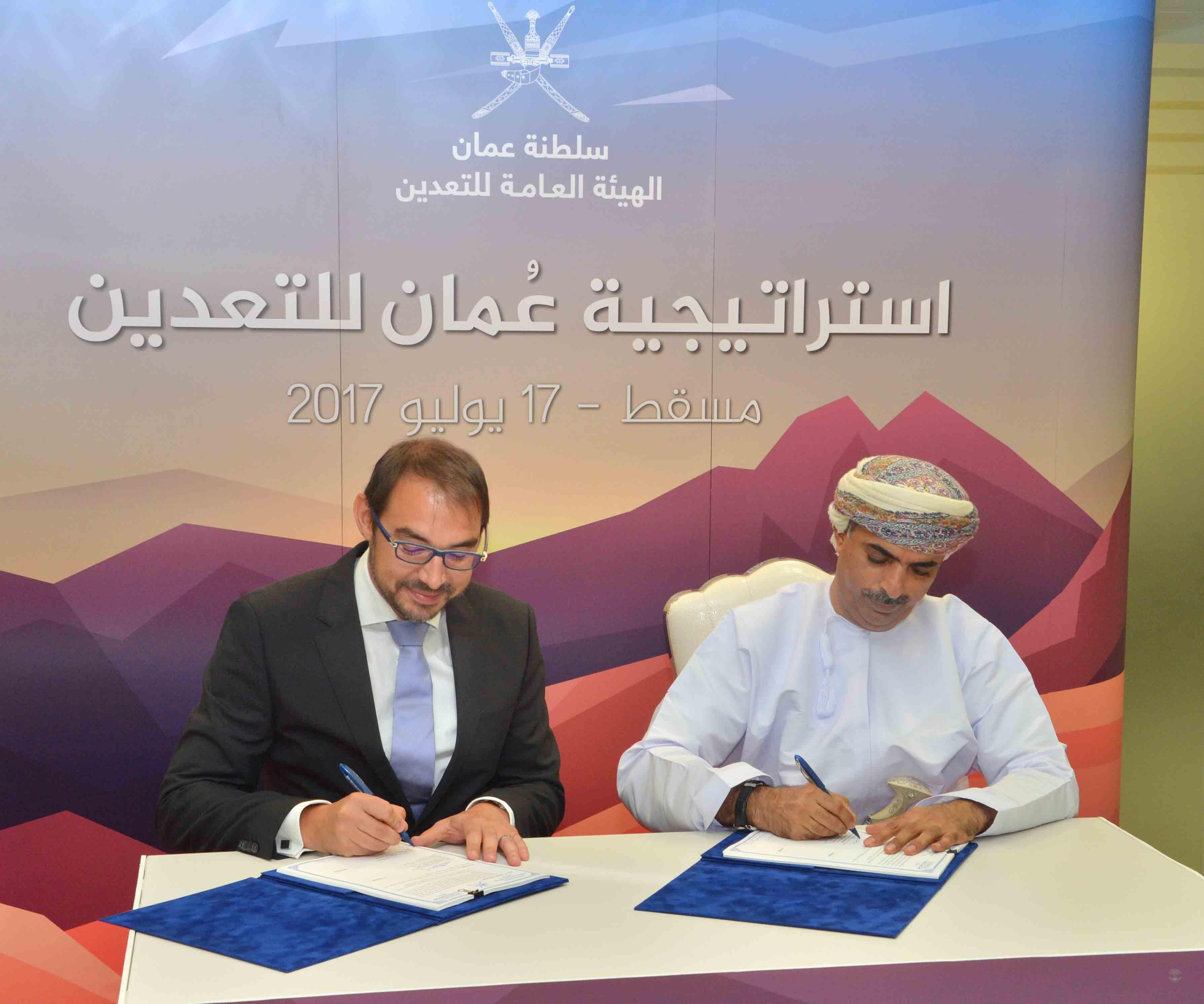 Muscat: A contract to implement Oman Mining Strategy was signed on Monday by the Public Authority for Mining (PAM) with SRK Consulting and its supportive companies, Mayer Brown and Wood Mackenzie.
The agreement was signed by Eng. Hilal bin Mohammed Al Busaidi, CEO of PAM and officials of the contractors.
“This agreement comes as part of the steady efforts made by PAM since the end of 2015 to complete the system for preparing and developing all stages of the mining sector”, said the CEO of PAM.
“This stage is related to developing the general strategy of the mining sector, which is one of the five prioritised sectors at the 9th five-year development plan in a bid to achieve the aims of the Sultanate with regard to developing the sector and ensuring sustainable development and economic growth. Hopefully, the short and medium strategy, will highlight the growth of the sector in the next ten years. The strategy, which will be implemented starting from 2018, will contribute to achieving Oman Vision 2040,” he added.
“The figures point out that the contribution of the mining sector at the GDP has been very humble and only stood at 0.14 per cent. Through studying the investment of the sector, as well as through the strategy’s programmes and initiatives, PAM will seek to maximise the contribution of the sector to the GDP,” he further said.
“The State’s direct revenues form mining sector in 2016 stood at OMR23 million. While the revenues from mineral exploration increased from 5 per cent to 10 per cent last year, they are expected to grow more than 40 per cent in 2017.
Oman Mining Development Company has been provided with the required support to implement the railway between Al Shuwaimiyah in the Wilayat of Shaleem and Halaniyat Island and the Wilayat of Duqm in the Governorate of Al Wusta. The projects require some investments in Munjia and Al Shuwaimiyah to explore and transport the mineral in these two areas. Investments are also needed to assess the mineral deposits such as gypsum and limestone, in these two region. The investments decision will be based on the outcomes of such studies. SRK Consulting and its supportive companies, Mayer Brown and Wood Mackenzie will jointly prepare Oman Mining Strategy and conduct the necessary studies based on the 12 pillars that have been identified earlier. PAM will develop mining sector to achieve its aims and aspirations to achieve Omani vision and aims related to sustainable development, economic diversification and maximising the benefit from natural resources,” he concluded.