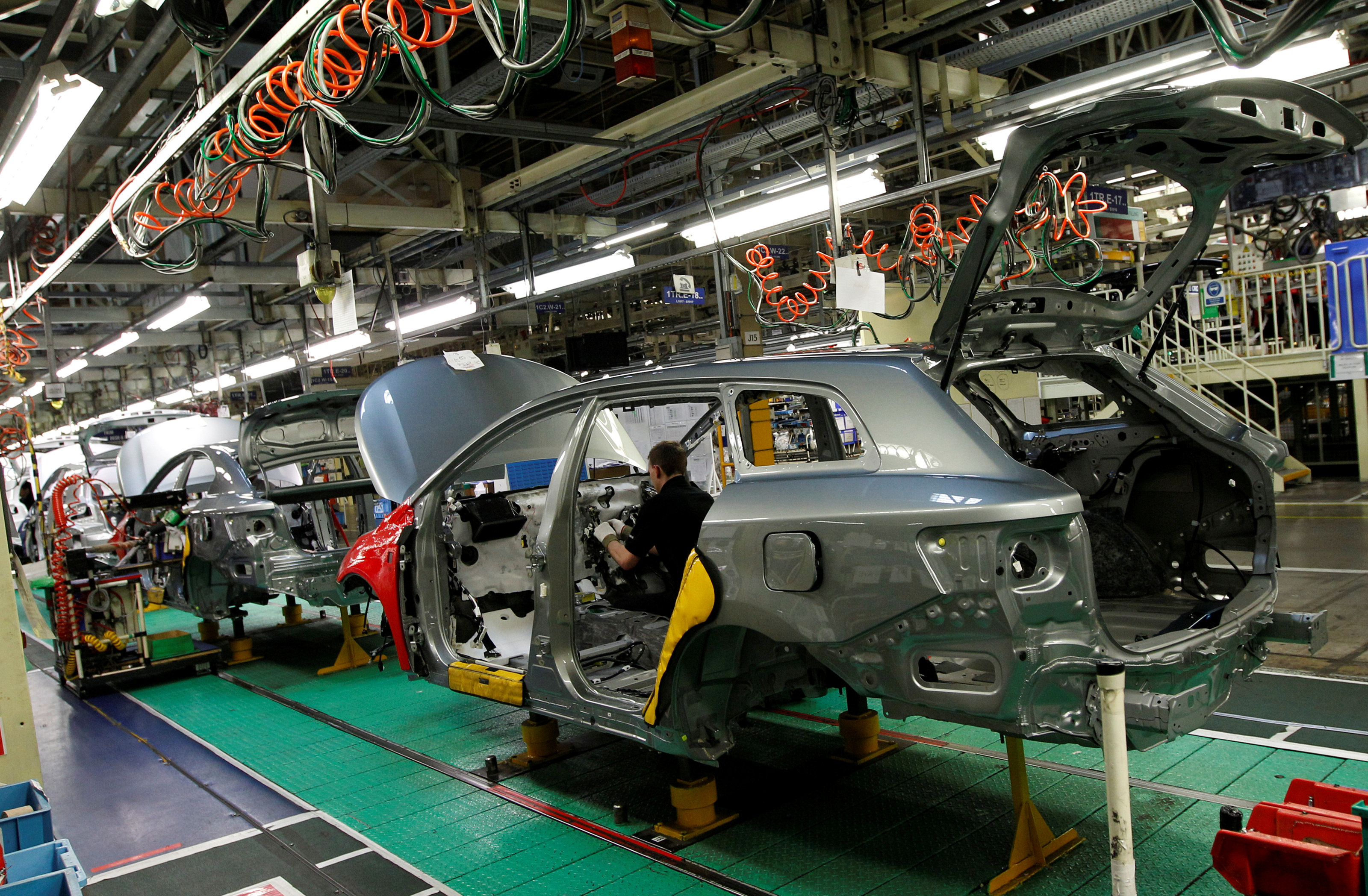 London: The British government helped to secure a more than 240-million ($310 million) pound investment from Toyota in its English plant with a letter reassuring the Japanese carmaker over post-Brexit trading arrangements, two sources told Reuters.
Toyota said on March 16 it would install its new car platform at its Burnaston plant. One source, who is familiar with the letter, said that Toyota delayed the decision due by the end of December while it weighed up a number of factors including Brexit.
The business ministry has confirmed the existence of a letter but refused to release it.
The source said the letter was similar to one sent to Japanese carmaker Nissan last year when it decided to build two new models at its northern English plant. The document sparked public and lawmaker concern about secretive deals.
The source, who did not say when the letter was sent, said it contained several reassurances.
"They received a similar set of warm words as Nissan on electric vehicles, commitment to further training and to ensure the competitiveness of the UK automotive industry," the source said.
A Toyota spokesman declined to comment on whether it had received such a letter. He referred to the company's March 16 statement which said the British government was providing funding for training and research and development. Toyota also said at the time that "continued tariff-and-barrier free market access... will be vital for future success."
Britain said in March it would back up the investment from Toyota, which builds roughly 10 per cent of Britain's 1.7 million cars, by spending 21.3 million pounds to support skills and training, research and development and innovation, subject to an independent assessment.
A spokesman at the business ministry declined to provide any comment for this story. Business minister Greg Clark said last year that assurances offered to Nissan were available to other firms.
Reuters made a freedom of information (FOI) request to the business ministry to see documentation relating to the investment decision, which the ministry said included a letter.
In its response, an official at the ministry refused to release the letter and a company briefing note, saying the information was "both highly commercially sensitive" and "would be likely to cause harm to the company's commercial interests if disclosed."
Clark has refused to publish the Nissan letter. He said he will release the information when it is no longer commercially confidential.
Many of the world's biggest car firms are worried about the long-term viability of their British plants and are using their upcoming investment decisions to push for promises to maintain free trade after Britain's exit from the EU, which is due to take place in March 2019.
Redacted emails
Toyota finalised its decision at a meeting between its Europe President and Chief Executive Johan van Zyl and Clark on March 15, the day before the official announcement, a third source, who is close to the company told Reuters.
In response to the FOI request, the business ministry said there were three documents relating to discussions between the firm and top government officials since Clark was appointed in July last year: a letter, a confidential company briefing and an email exchange.
It initially refused to publish all three but after Reuters appealed the decision, the department released a redacted email exchange. Reuters asked for correspondence between the company and Clark, a special advisor, a junior minister and the ministry's automotive team.
The email exchange included three messages which were written after a meeting between Clark and van Zyl. The emails are redacted so that it is not possible to know who received them.
"We picked up from the recent meeting with Greg Clark that Toyota has a significant investment decision coming up before the end of the year, for a new European 'architecture plant'," according to official correspondence dated on Sep. 9.
"Dr Zyl noted that uncertainties over future trade arrangements are a worry, and SofS (Secretary of State Clark) sought to reassure on the alignment of company and HMG (Her Majesty's government) goals."
"It would (be) great to understand more about the decision, and if there are any ways in which HMG could help," the email from the official said.
Clark had meetings with Toyota officials in September, November and March, according to an official government log.
Japan's Nissan, Toyota and Honda account for around half of British car output. Japanese Prime Minister Shinzo Abe met with British Prime Minister Theresa May in April and called for a smooth Brexit to allow Japanese firms to continue to operate.