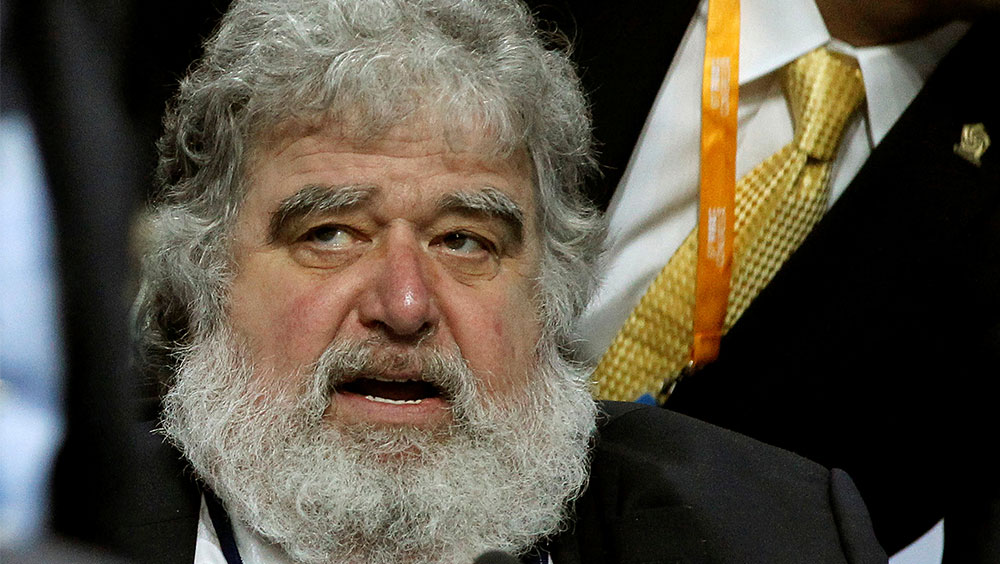 New York: Chuck Blazer, the former FIFA executive committee member who pleaded guilty to racketeering, wire fraud and money laundering, has died, his lawyers said on Wednesday.
A statement from Blazer's two lawyers did not provide details or the circumstances of his death. The New York Times reported he had died of rectal cancer, which he had suffered for years.
Blazer, 72, was general secretary of the Confederation of North, Central America and Caribbean Association Football (CONCACAF) from 1990 to 2011.
He pleaded guilty in the United States to bribery and financial offences in 2013 and was later banned by FIFA from all football activities for life.
According to the transcript of his November 2013 guilty plea, Blazer and others in FIFA agreed to accept bribes in the bidding process for the 1998 World Cup in France and the 2010 World Cup in South Africa.
FIFA's ethics committee said Blazer breached rules on loyalty, confidentiality, duty of disclosure, conflicts of interest, offering and accepting gifts, and bribery and corruption.
As part of the 2013 plea agreement, Blazer agreed to cooperate with investigating authorities in the United States while they investigated the FIFA corruption scandal, which eventually played a crucial role in the departure of its former president, Sepp Blatter.
Blazer had accused another former CONCACAF president, Jack Warner, of having pocketed funds from a $10 million project to support the African diaspora in Caribbean countries at the time of South Africa's successful bid to stage the 2010 World Cup.
FIFA opened an ethics investigation over bribes-for-votes allegations in the 2011 FIFA presidential election after Blazer reported a possible case of bribery between Blatter and then FIFA presidential candidate Mohamed Bin Hammam.
Warner and Bin Hammam were also banned by FIFA for life.
Informant
FIFA expressed its condolences to Blazer's family, in an emailed statement to Reuters, but made no further comment on how Blazer's death would impact the corruption probe.
A spokesman for the U.S. Attorney's Office in Brooklyn, which is overseeing the FIFA probe, did not respond to a request for comment.
Blazer was born on April 26, 1945 in New York, according to the New York Times. He worked as a salesman and coached his son's soccer games in New Rochelle, New York, in the late 1970s before beginning his rise in international soccer.
Blazer kept a blog detailing his travels and his meetings with dignitaries, celebrities and politicians, including a visit with Russian President Vladimir Putin in 2010.
"At one moment, he looked at me with a very serious gaze and said, without cracking a smile, 'You know, you look like Karl Marx!'" Blazer wrote.
In one blog post, the white-bearded Blazer posted a photo of himself dressed in a red Santa Claus suit smiling as he peered over a pair of eye glasses. In another, Blazer posted a video of Max, his blue and gold parrot, dancing as he stood on the front of a scooter in Central Park near a group of jazz musicians.
"Go max, go. It's ok," a man's voice, purportedly Blazer's, is heard on the video.
Blazer was on a motorized scooter along Fifth Avenue in New York in November of 2011 when federal agents approached him, the New York Daily News reported.
"We can take you away in handcuffs now, or you can cooperate," the agents told him, according to the newspaper.
He cooperated. His then-domestic partner, Mary Lynn Blanks, told Reuters in a 2016 article that she accompanied Blazer to soccer-related events while he was acting as an informant for U.S. investigators, sometimes wearing a bugging device.