Tennis: With Venus on horizon, Wimbledon spotlight shines on Konta 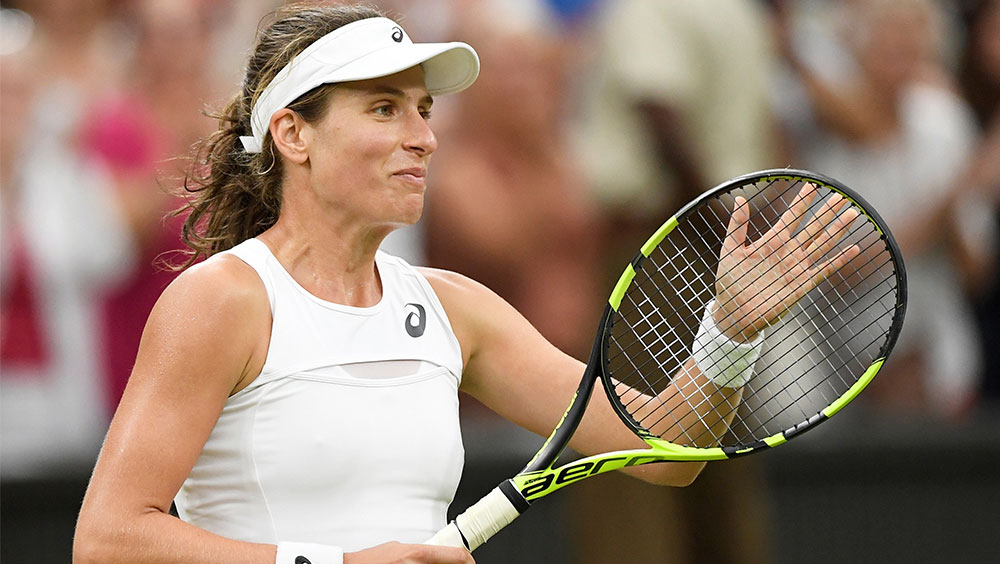 London: The Wimbledon spotlight will shine brighter than ever on Britain's Johanna Konta when she faces American veteran Venus Williams in the semi-finals on Centre Court on Thursday.
Sixth seed Konta finds herself the sole focus of the home nation's hopes a day after men's defending champion Andy Murray's painful quarter-final exit.
In what promises to be a clash of the power servers, Konta will seek to become the first Briton since Virginia Wade in 1977 to reach the grasscourt grand slam final.
Five-time winner Williams, 37 and seeded 10, will be aiming for her ninth Wimbledon singles final, and victory on Saturday would make her the oldest women's grand slam champion since tennis turned professional.
Preceding the Briton and the American onto court will be Spanish 14th seed Garbine Muguruza, a finalist in 2015, and unseeded Slovakian Magdalena Rybarikova.
Living what she calls her very own Wimbledon fairytale, the world number 87 is on a steep climb back up the rankings after missing much of last season due to wrist and knee surgery.
She is the lowest-ranked women's semi-finalist since 2008, when China's Zheng Jie, at 133, made the last four.