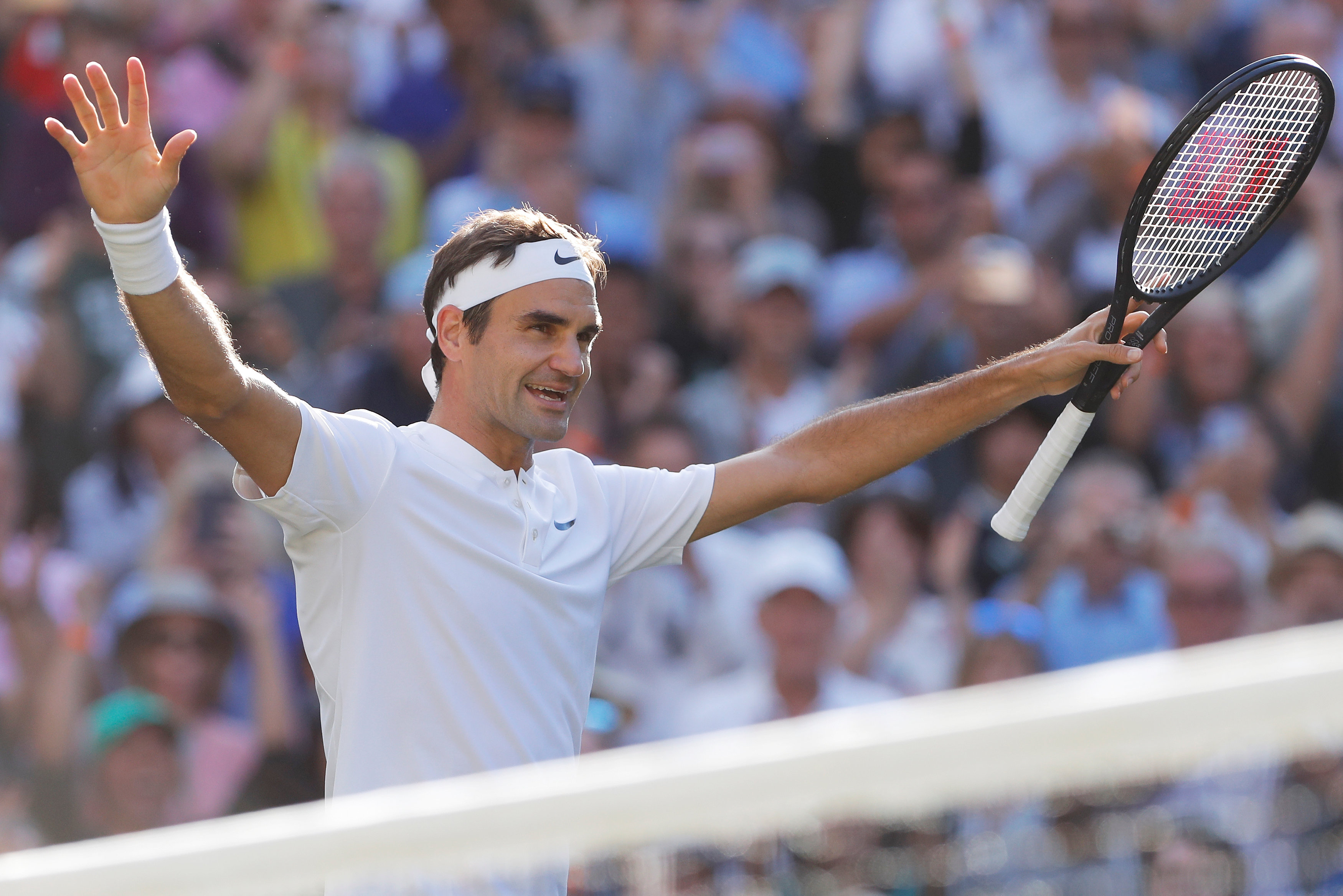 London: Roger Federer turned his 100th Wimbledon match into an exhibition as he outclassed Milos Raonic 6-4, 6-2, 7-6 (4) on Wednesday to reach the semifinals for a record 12th time.
The Swiss, who turns 36 next month, played his best tennis of the tournament to dismantle the big-serving Canadian who knocked him out at the semifinal stage last year.
Seven-time champion Federer hit two rasping backhand winners and a forehand that had Raonic ducking for cover to break serve in the fifth game.
Sixth seed Raonic's belief ebbed away at the start of the second set when he offered up another break with a careless forehand and Federer went for the jugular with a further break of the Canadian's delivery as he established a two-set lead.
Federer was made to sweat a little in the third set and had to save four break points at 3-4 as Raonic finally began to hit his groundstrokes with more menace.
Raonic went 3-0 ahead in the tiebreak too but 18-times major champion Federer responded with two majestic forehand passes as he regained control with five points in a row.
An 11th ace brought up a match point and Federer clinched victory when Raonic shunted a backhand wide.
Federer has yet to drop a set in the tournament this year and with defending champion Andy Murray, Novak Djokovic and Rafa Nadal all out he is a huge favourite to become the first man to win the Wimbledon title eight times.
He will play Czech Tomas Berdych, the 11th seed, in the last four.