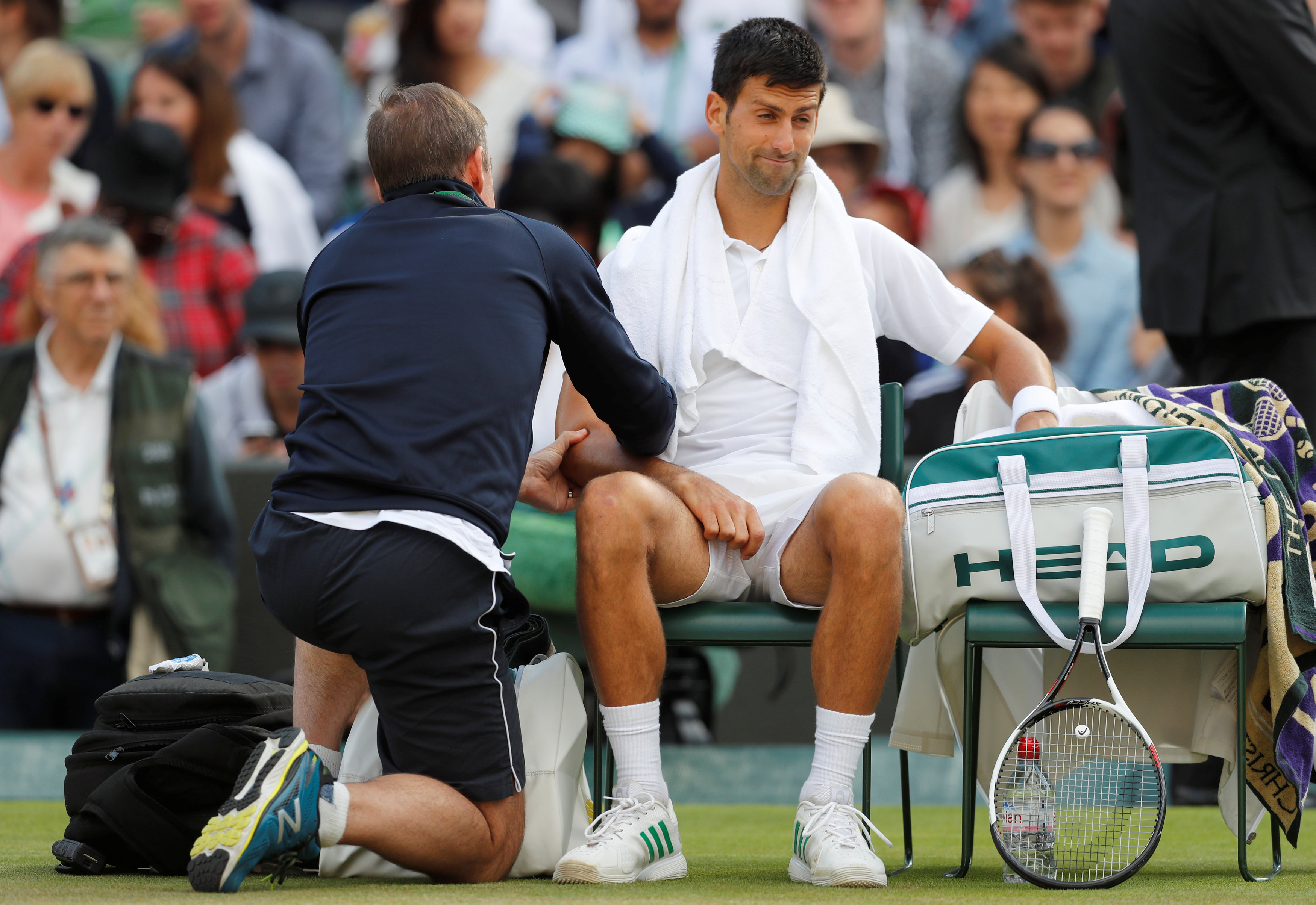 London: Three-time Wimbledon champion Novak Djokovic retired injured during his quarterfinal against Czech Tomas Berdych on Wednesday.
The second seed had just lost the opening set and was down a break in the second when he walked to the net and shook Berdych's hand, having received a medical timeout.
He appeared to be struggling with an arm injury.