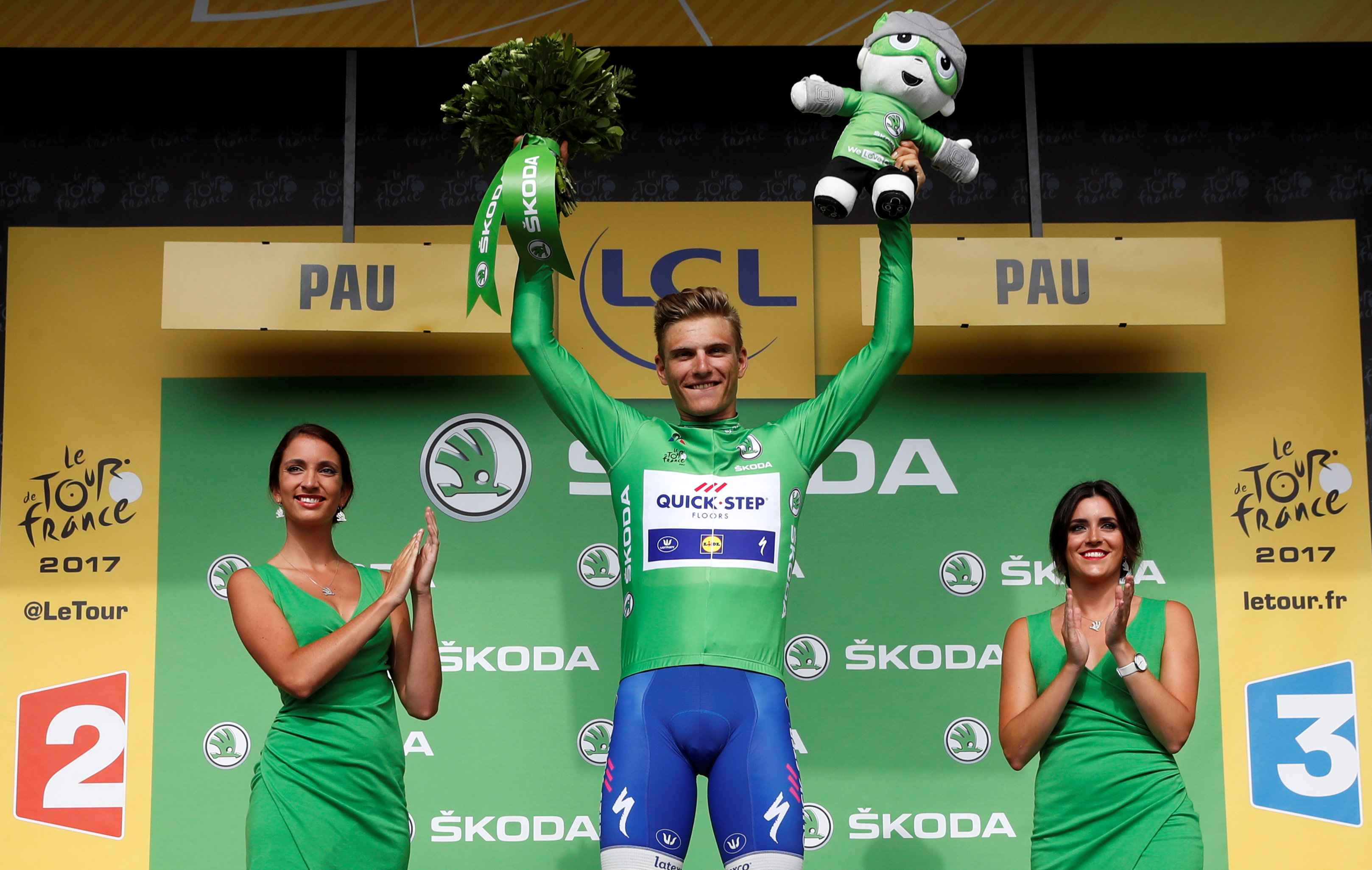 Pau: German Marcel Kittel was once again a cut above as he claimed his fifth victory in this year's Tour de France, winning the 11th stage in emphatic style on Wednesday.
The Quick-Step Floors rider, who now has 14 stages to his name, left it late to launch his sprint but easily beat Dutchman Dylan Groenewegen (LottoNL-Jumbo) and Norway's Edvald Boasson Hagen (Dimension Data).
Boasson Hagen raised his arms as if he had won but was comprehensively beaten by Kittel and Groenewegen after 203.5km from Eymet.
Britain's Chris Froome retained the overall leader's yellow jersey on a relaxed day for Team Sky's defending champion.
Some of his rivals did not have a quiet day, though.
Three of the main contenders crashed as last year's runner-up Romain Bardet, third overall, Jakob Fuglsang (fifth) and twice winner Alberto Contador (12th) hit the deck in separate incidents.
Fuglsang was involved in a crash at the feed zone and went to the medical car to have his wrist checked while his Astana teammate Dario Cataldo was forced to abandon because of a wrist injury after the Italian also fell.
"He was a key rider. He would have had an important role in the mountains," said Astana sports director Dmitry Fofonov.
"We have to decide if he undergoes operation in France or in Italy. As for Fuglsang, he already broke the wrist that's injured today. It hurts, he said."
Frenchman Bardet avoided serious injury.
"I escaped unhurt but now I'm happy that the flat stages are over," said Bardet, who is expected to attack in Thursday's 12th stage, a 214.5-km trek featuring three major climbs and a summit finish in Peyragudes.
Contador, who slipped down the general classification after a bad day in the Jura mountains on Sunday, fell off his bike 25km from the finish but managed to make it back to the peloton with the help of his Trek-Segafredo team mate Jarlinson Pantano.
At that point, the main pack was travelling at full speed as the sprinters' teams rode hard at the front to catch the last fugitive of the day, Maciej Bodnar of Poland.
The exhausted Bora-Hansgrohe rider was reined in 250 metres from the line before Kittel stole the show yet again.