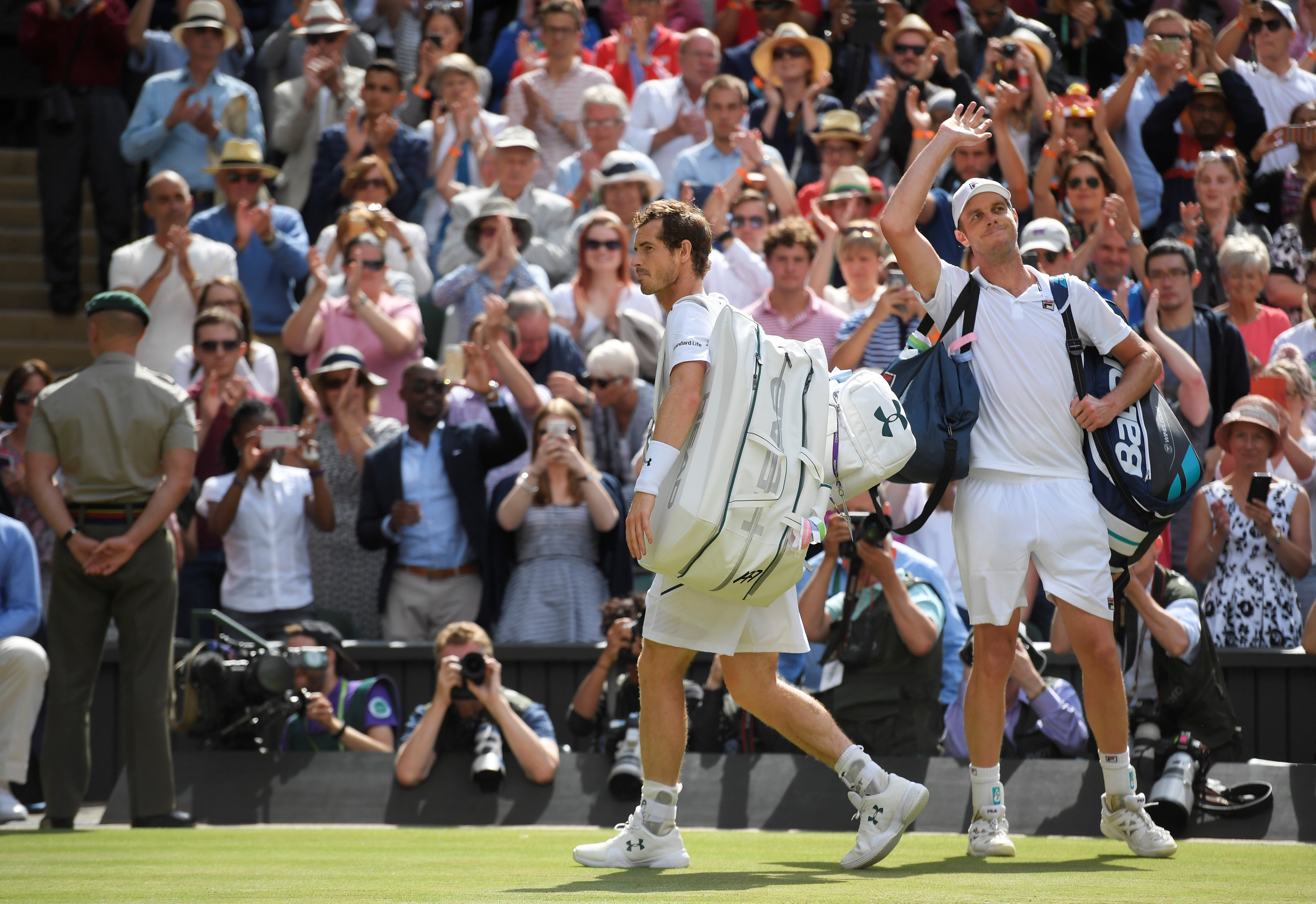 London: Andy Murray's Wimbledon title defence ended in a 3-6, 6-4, 6-7 (4), 6-1, 6-1 quarterfinal defeat to Sam Querrey on Wednesday as the hip injury that has dogged the world No. 1 throughout the tournament finally got the better of him.
Murray, who had only lost to Querrey once in eight previous encounters, was struggling to move around the court in the final two sets against the big-serving American, who will now face either Gilles Muller or Marin Cilic in the semifinals.
"I'm still in shock myself," Querrey said after wrapping victory with his 27th ace.
"I didn't start my best but kept with it and kept swinging and I hit my groove in the fourth and fifth sets.
"It feels great and it's a dream come true ... to get to a semifinal and have it happen at Wimbledon makes it a bit more special."
Twice champion Murray raced through the opening set with no sign that his troublesome hip was slowing him down, but after being pegged back by Querrey in the second, he grimaced in pain in the third when the American hit a backhand winner at 4-5.
While Murray claimed that set on a tiebreak, it was downhill from there as Querrey won nine games in a row to take the fourth set 6-1 and open up a 3-0 lead in the fifth.
The Centre Court crowd did their best to get behind the home favourite, but there was no way back for the Briton whose reign ended in disappointing fashion.
Querrey, who knocked out then defending champion Novak Djokovic last year, broke again for a 5-1 lead in the fifth and then wrapped up the match with a booming ace to become the first American man to reach a grand slam semifinal since Andy Roddick at Wimbledon in 2009.