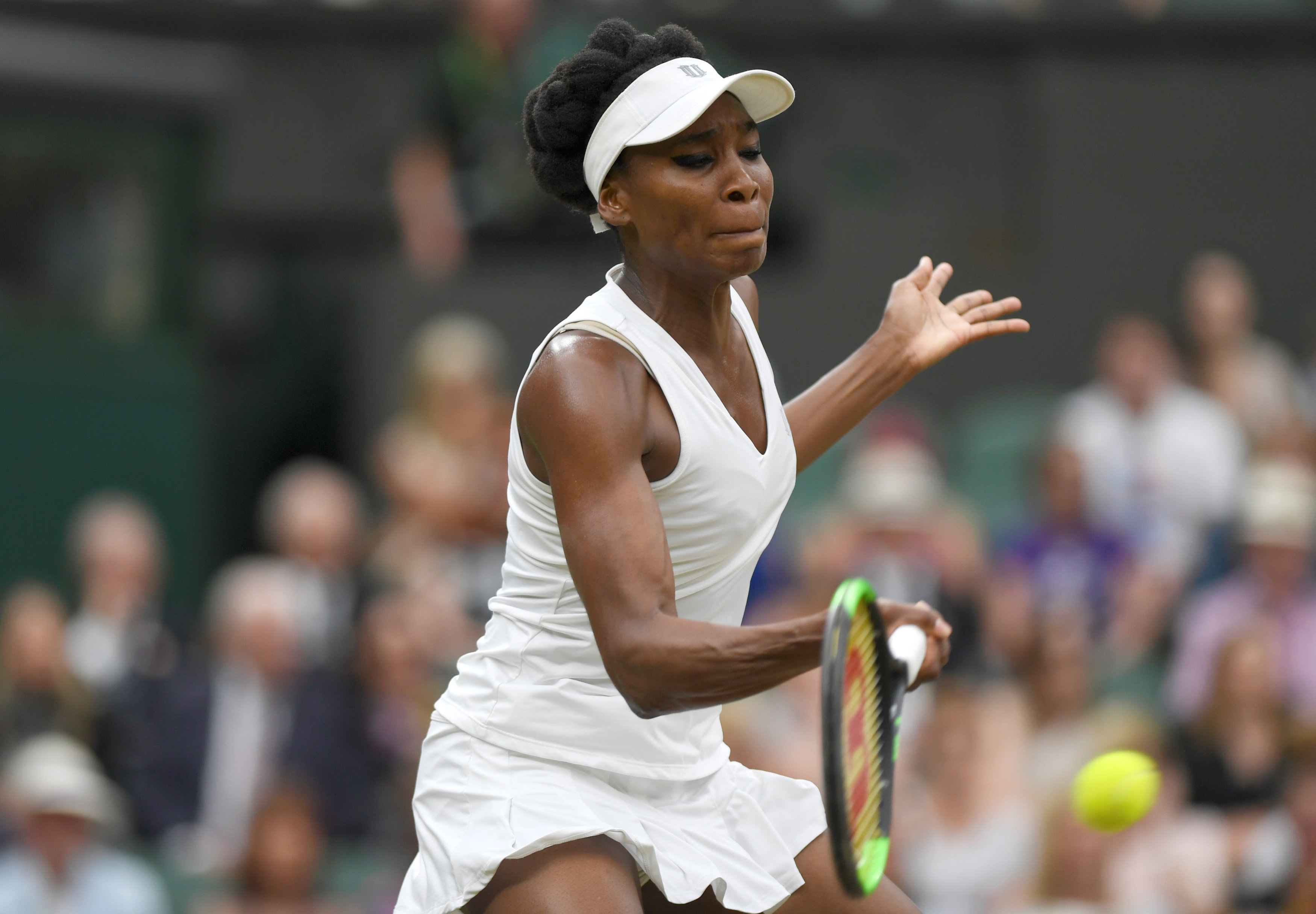 London: American veteran Venus Williams was sharpening her reactions for the barrage of big serves she can expect in her Wimbledon semifinal against British favourite Johanna Konta on Thursday, going through a relentless practise routine on the eve of battle.
The 37-year-old spent 45 minutes on the dusty Aorangi Park practice courts on Wednesday, hitting back serves delivered at high velocity by a male hitting partner.
Williams sent many returns whistling back to the baseline, occasionally getting a thumbs up from her coaching team, while others sailed way beyond the margins of the court.
Konta tops the ace leaderboard in the women's singles with 28, one more than Williams who is the oldest woman to reach the Wimbledon semifinals for 23 years.
Against Simona Halep on Tuesday, Konta offered up only two break points in a match lasting two hours and 38 minutes.
"Johanna's serve is a massive weapon," her coach Wim Fissette said this week. "Most woman players would like a first serve as good as Jo's."
Following her quarterfinal victory over Jelena Ostapenko, Williams told a news conference that she would be expecting a close battle with her British opponent.
"I think we play a very similar style," she said. "Aggressive, serve well, return well, very solid off the ground. So really it's just about playing that game better and see where you find openings on that day."
Williams is bidding to win her sixth Wimbledon singles title and eighth Grand Slam -- nine years after last lifting the aptly-named Venus Rosewater Dish on Centre Court.
Konta, who will be playing in her first Wimbledon semi-final, is attempting to become the first British winner of the women's singles since Virginia Wade in 1977.