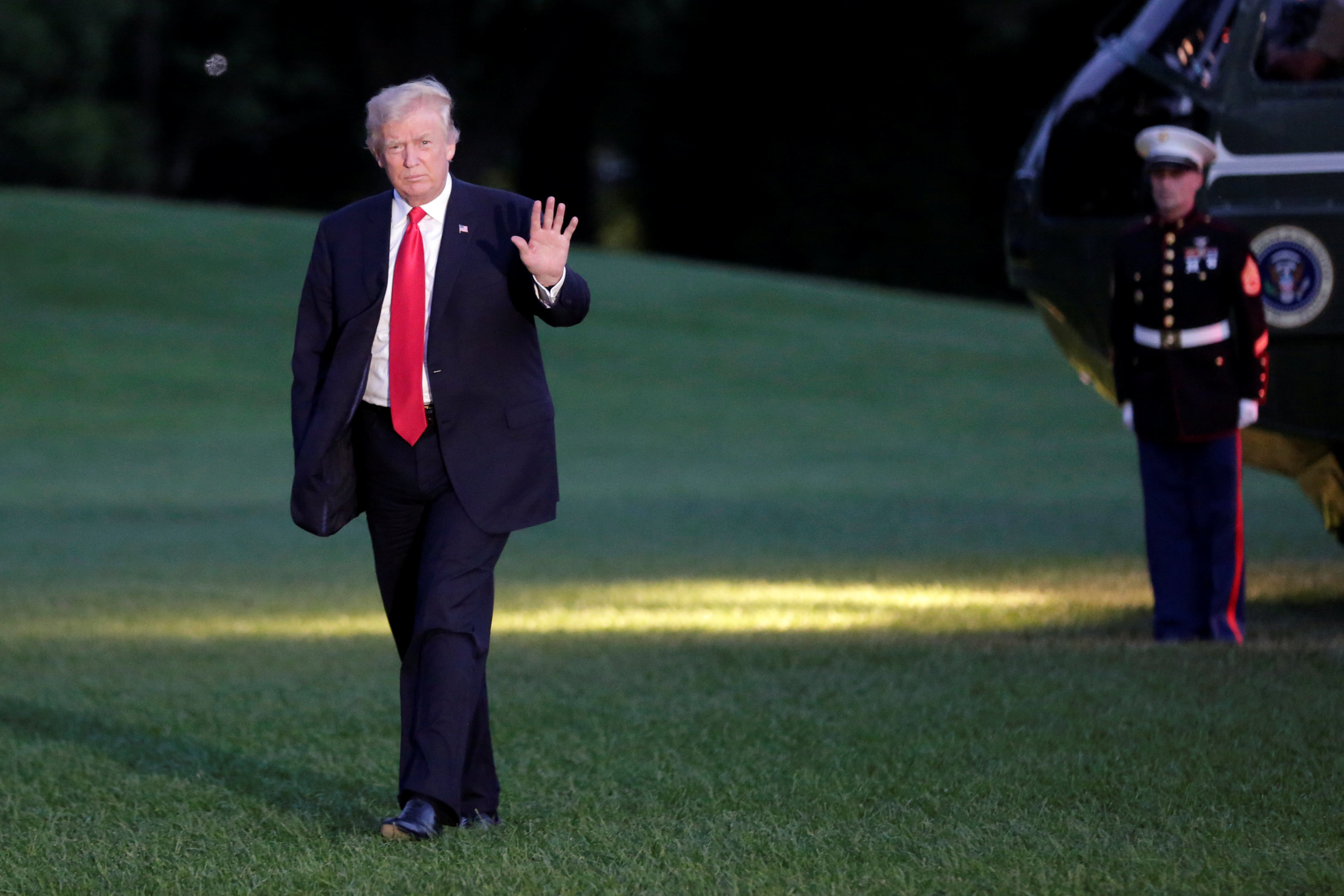 Donald Trump came, he saw, he conned. The US president’s trip to Poland, a stop on his way to the G20 summit in Hamburg, was arranged at the last minute: Trump’s administration, fearing the reception he would receive in the United Kingdom, decided that Europe’s most pro-American country was a much safer destination. And, indeed, the speech he delivered in Warsaw was met with loud applause, though it may not have been quite as positive for Poland as it seemed.
No one doubted that Trump would receive a warm welcome in Poland. He plays masterfully to a nationalistic crowd, like the one the ruling Law and Justice (PiS) party bussed into Warsaw for the event. And a speech devoted to the cult of Polish martyrdom was precisely what both sides needed to assuage concerns about the steady stream of revelations about contacts between Trump associates and Russia.
But Trump offered more than his usual rabble-rousing show. He finally – and unexpectedly – endorsed Article 5 of the North Atlantic Treaty, NATO’s collective-defence clause, a move that was all the more significant for being delivered in Poland. He also announced that the United States would sell Patriot missiles to Poland as part of an $8 billion arms deal, the largest in Polish history.
Trump also broke with expectations by criticising Russia’s government, calling on the Kremlin to cease its destabilising activities in Ukraine and its support for the Syrian and Iranian regimes. And he implicitly condemned Gazprom’s monopolistic policies, promising to assist Poland in the diversification of its gas supplies. He did not utter a single negative word about the European Union, Germany, or France.
With his performance, Trump managed to draw enthusiasm from across the political spectrum, not just from the PiS-curated crowds, thanks partly to his public greeting of the opposition leader Lech Wałęsa, who was booed by PiS supporters and remains a constant target of Jarosław Kaczyński, Poland’s unelected strongman leader.
Even Radek Sikorski, a former foreign minister and an outspoken critic of the PiS government, concluded: “I believe that Trump’s speech was very well done. He made strong allusions to Poland’s history and was very flattering to us as Poles.”
Yet contrary to the impression created by television images beamed across the world, Trump was not exactly greeted by throngs of supporters; only about 2,000 people actually heard Trump’s speech in Krasiński Square, despite having been bussed in by the PiS. And leftist groups did organise peaceful protests, albeit small ones.
Nonetheless, overall, Trump did quite well in the eyes of Poles, especially considering that, just after his election victory, only 13 per cent of the Polish population expected him to be good for their country. The broadly positive reaction will benefit, first and foremost, the PiS government, which may even be able to leverage Trump’s visit to regain the upper hand over the opposition in opinion polls.
As former prime minister Donald Tusk, now the president of the European Council, remarked, “This is a difficult moment for the opposition, because the government’s diplomatic success is indisputable.” As the widely read tabloid Fakt put it, “PiS is in seventh heaven; the opposition is in the dumps.”
The PiS is certainly doing what it can to reinforce this reading. Minister of Defence Antoni Macierewicz, considered to be the most radical PiS official and Poland’s most influential politician (after Kaczyński) declared, “Trump has shown Poland as the bulwark of European civilisation, the defender of the most profound, valuable, and relevant civilisational values for Europe and the world.”
Likewise, President Andrzej Duda gushed that Trump’s “speech showed Poland as a country that embodies the American dream, where good prevails.” And the main newscast on TVN – the country’s largest private television station, which is critical of the PiS – noted soberly that “it is difficult to describe the American president’s visit without using the word ‘success.’”
So far, the public seems largely convinced. According to a recent poll conducted by IBRiS for Rzeczpospolita, 52 per cent of Poles believe that Trump’s visit will ultimately benefit our country, with 41 per cent taking the opposing view. Moreover, underscoring the links between the American and Polish right wing, 59 per cent of survey respondents agree that “Christian values” (including, ironically, the rejection of refugees) represent the supposedly besieged West’s road to salvation.
Nonetheless, Sikorski warns the PiS against overplaying Trump’s visit. For one thing, while the PiS was certainly pleased with Trump’s support for the Poland- and Croatia-led Three Seas Initiative for regional energy cooperation, if the project assumes a confrontational character, it could disrupt Poland’s relations with Western Europe.
Commentators have raised additional concerns, especially about the tools Trump used to excite Polish public opinion: praise that cost him nothing and promises of arms and gas that are far from guaranteed. As Wirtualna Polska columnist Jacek Żakowski put it, Trump has essentially conned the Polish people “into buying not a car that is parked on the street, but a car that may or may not one day be parked on the street.” Maciej Stasiński of the liberal newspaper Gazeta Wyborcza was similarly critical: “Trump behaved like a cynical dealer in the relics of Polish Messianism, and the PiS masses lapped it up with a degree of delight that betrays their eternal victim complex.”
Trump’s Warsaw speech played well, largely because it demonstrated an ostensibly genuine interest in the country. In that sense, it stands in stark contrast to Trump’s subsequent performance at the G20 summit, which he seemed to be attending only reluctantly – and where world leaders treated him accordingly.
But Poland should be wary of this disparity: to the extent that Trump alienates Western Europe, on which Poland’s future depends as much it does on the US, his friendship will be a serious liability. As former Prime Minister Leszek Miller put it, “Trump flew away, but Poland stayed in Europe.” - Project Syndicate