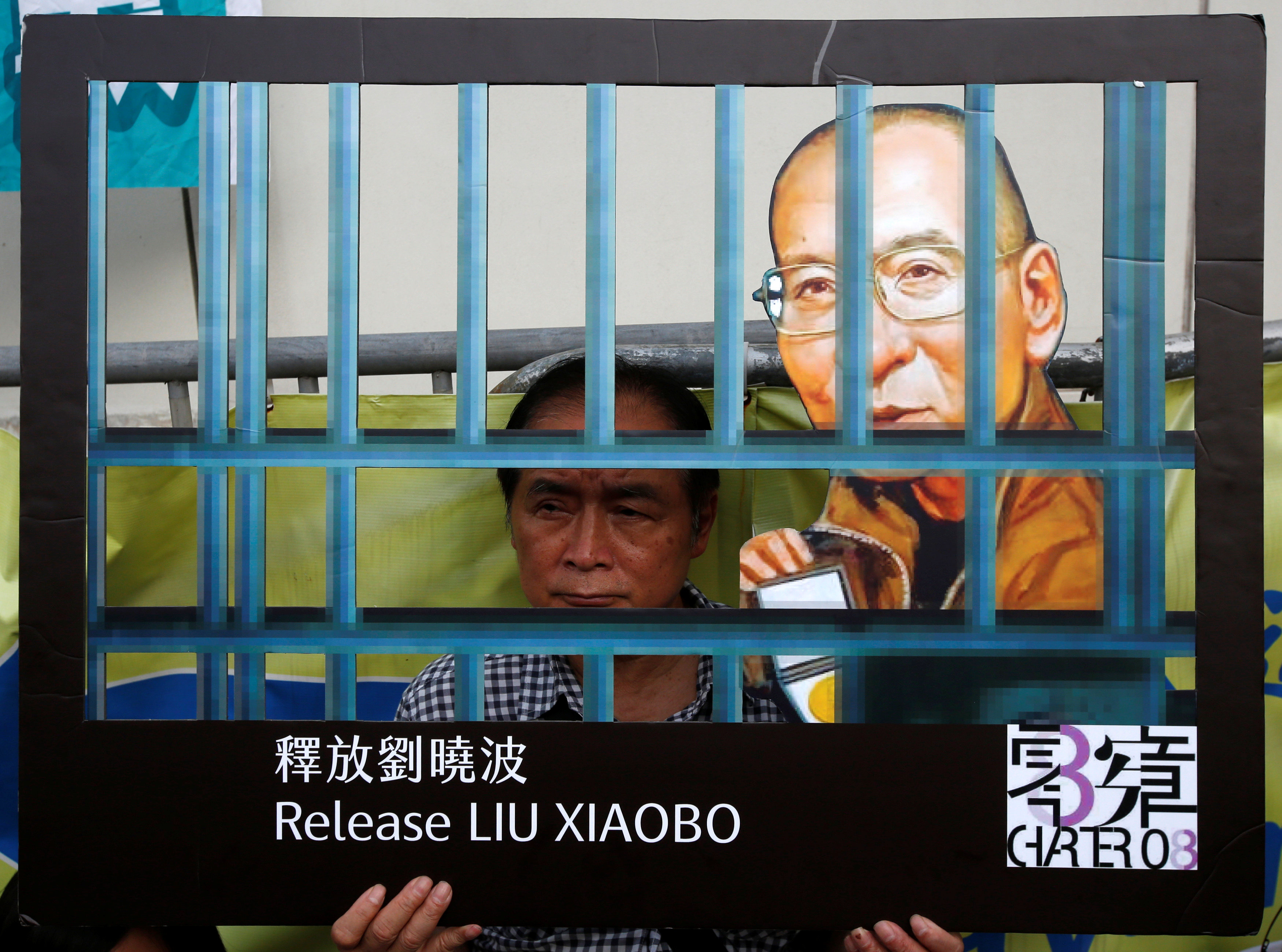 Beijing: China's Nobel Peace Prize winning dissident Liu Xiaobo is receiving emergency treatment for a second day on Tuesday, the hospital treating him said, as questions remain about whether he is well enough to travel abroad.
Liu, 61, was jailed for 11 years in 2009 for "inciting subversion of state power" after he helped write a petition known as "Charter 08" calling for sweeping political reforms.
He was recently moved from jail to a hospital in the city of Shenyang to be treated for late-stage liver cancer.
The hospital said in a short statement that Liu was being "actively rescued" and was suffering from septic shock, an infection in his abdominal cavity and was on dialysis.
On Monday, the hospital said he was receiving the same level of treatment and suffered from kidney problems, a swollen stomach, partial intestinal obstruction and falling blood pressure.
Calls have grown from rights groups and Western governments for China to allow Liu to travel with his wife, Liu Xia, to be treated abroad.
Jared Genser, a U.S. attorney who represents Liu, urged the Chinese government to allow a transfer, noting that additional treatment abroad could extend Liu's life for several weeks.
"By denying him treatments that would extend his life, the Chinese government is intentionally hastening his death," Genser said in a statement late on Monday.
China has previously told diplomats that Liu cannot travel because he is too ill to be moved.
Expert doctors from the United States and Germany visited Liu on Sunday and released a statement saying he had expressed his wish to get treatment overseas and that he could be moved abroad safely, though the move must happen quickly.
Videos later appeared on YouTube, which is blocked in China, showing the German doctor seeming to praise China's care and saying that Liu could not receive better care in Germany.
The German embassy in Beijing later said in a statement the recordings were made against the expressed wishes of the German side.
Asked about the Germany statement on Tuesday, Chinese foreign ministry spokesman Geng Shuang said he did not know anything about the issues it raised, and reiterated that countries should respect China's judicial sovereignty and not interfere in its internal affairs.
China's state-backed Global Times, a tabloid published by the official paper of the ruling Communist Party, said in an English-language editorial calls for Liu to move abroad were "political" and designed to cast China as "inhuman".