Oman Motoring: Time ripe for electric vehicles in the GCC? 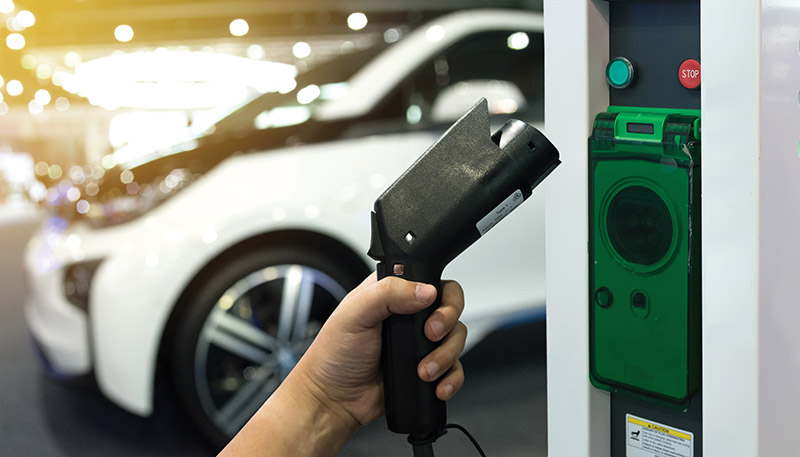 Volvo announcement to abandon gasoline only vehicles has refreshed memories of Top Gear episode in which electric powered Mercedes SLS AMG crushed its gasoline run sister. It has also raised doubts whether gasoline powered vehicles will stay on the road for long even in their stronghold Arabian Peninsula.

Home to the largest reserves of hydrocarbons in the world, the GCC has left little to imagination when it comes to automobiles. Here in Oman, a mile-long stroll down ‘Love Street’ reveals the treasure held in garages by the population of four million. Ferraris and Lamborghinis roll past you playing their engine orchestra while nomadic Harley showrooms made by bikers on the beachside makes the word luxury sound so routine in this part of the world.

This was of course more rampant prior to the crippling oil price crisis, but even a drop in prices could do minimum to deter enthusiasts in the country. The reason, ‘people in Oman love cars’ as said by a colleague at college. We were both a part of the famed ‘Team Oryx’ to take part in the Formula Student competition at Silverstone. This is where once, after a tiring day at our workshop we philosophically discussed of Electric Vehicles (EV).

This conversation was happening in 2012, when Elon Musk’s ground breaking Tesla Model S had just started deliveries. Most people in the room (or workshop) were therefore sceptical about its success and the sustainability of EVs altogether. Being responsible for nearly everything related to the 600cc Yamaha R6 engine we were using for our Formula car, I played devil’s advocate but was overwhelmed by grievances voiced by my teammates over EVs. It was true; the OMR30,000 car could barely survive in a country with no charging ports and little awareness of electric cars.

Less than five years later, mounting carbon emission, so much that Volkswagen felt the need to cheat to comply with regulations, dramatically declining costs of batteries with more storage capacity and finally the announcement by Volvo last week has signalled that shift is imminent, whether you like it or not. IRENA predicts in its 2016 report that EV share of all cars sold between 2016 and 2020 in countries listed will be 7 per cent, Denmark leading the way with 23 per cent.

Even the GCC markets with their love for gasoline powered vehicles, which by no means sounds anything lesser than a Mozart compilation to us here, and no strict emission control law for automotive has predicted an exponential rise in EVs in years to come. So what is all this with Elon Musk’s audacious EV drive, why should I disrupt my relationship with the Honda I drive and most importantly why GCC and Omani markets must buy the bluff.

Environment? Yes, its true. EVs are driven mainly by battery powered AC induction motors that send torque directly to the wheels producing no emissions. Just like solar or wind power they are clean or green or sustainable energy alternatives to gasoline powered vehicles.
Only environment? No! The AC induction motor, revealed to the world by Nikola Tesla, is three times as efficient as a conventional internal combustion engine to push the wheels. With no transmission, no fuel tank and barely any moving parts, it increases power to weight ratio dramatically and minimises any wear and tear. As the motor directly connects itself to the wheels with few gears involved, the passenger and boot space left is massive. Further, those with F1 knowledge would know of wonders of regenerative braking, a phenomenon easily employed in EVs to recover energy while braking.

Of course, there is a cost factor that one wonders about especially while talking about EVs. Surprisingly, Tesla Model 3 that officially rolled off production line this week costs only OMR15,000 and can accelerate to 100kmph from standstill under six seconds. Although it doesn’t contain flashy features like ‘bio weapon defence’ in Model X, Tesla received more than 300,000 pre orders just after it showcased the car early last year. The cheapest Tesla model can cover distance of more than 500km in a single charge. That is the same range as a conventional gasoline powered car. So why don’t we see a sly electric car on the streets of Shatti Al Qurum?

Well, like conventional cars, EVs need fuel. Their fuel is electricity but there is no infrastructure present in Oman and similarly, very less in the GCC. Just like a petrol station, there needs to be charging ports present along the highway for drivers to ‘fill up their batteries’.

Secondly, even after the most innovative equipment present in EVs like Tesla, the cost still shoots slightly higher than conventional cars, making them unaffordable to middle class customers. This however can be countered by renewables energy’s ‘best friend’, long term benefits. In USA, electric fuel costs only a third of gasoline. But again, fuel cost in GCC is lowest in the world even after a roll back of subsidies last year.

Thirdly, Middle Eastern drivers are known for their passion for off-road and muscle. Both of which require high fuel intake, something that abates the EV appeal. Moreover, strict emission laws that enforce emission controls are still missing from GCC government decrees though in a conversation with the Ministry of Environment and Climate Affairs in Oman, I was told that a new emission control law is on its way.

So what should be the plan to bring EVs in the GCC, described by PwC’s megatrends report as ‘area with one of the highest emissions in the world’. Regulations and taxes can force vehicles dealerships in the GCC to look at EVs as an area of sustained profits. Taxing gasoline and diesel powered car sales will influence marketing campaigns to promote EVs while higher cost of gasoline engine cars will narrow gap between them and EVs.

Infrastructural development can be powered by dealerships in the country to cater to their customers. Initially within the capital, the charging stations will be expanded to other locations outside the city by a synergy of dealerships or standalone stations that serve a single EV brand, thereby creating after sales competition. While some may argue that time taken by recharging these cars is astronomical when compared to conventional refuelling, business opportunities at these recharging ports can be high. With entertainment, food and shopping facilities available while the car recharges, there will be few who will complain.
Finally, technology is evolving, and evolving rapidly.

The lithium ion batteries that have been giving more power for cheaper over the years. Tesla recently revised its base model S75 price due to this downshift in battery cost. Musk has announced the Tesla Model Y, its first crossover to come out in 2019 and promised cheaper cars in the future while other manufacturers like Chevy with its Volt pushing are continuously pushing for innovative solutions and expanding customer base.

In a more localised approach, electric cars are already better, faster and will possibly get cheaper than gasoline and diesel cars in the near future. Tesla has already opened in the UAE and Oman may be next. Strict emissions law, incentives for using environment friendly equipment, general knowledge on global warming and environment and more appealing vehicles to GCC markets may facilitate a shift to EVs earlier than anticipated.
— [email protected]