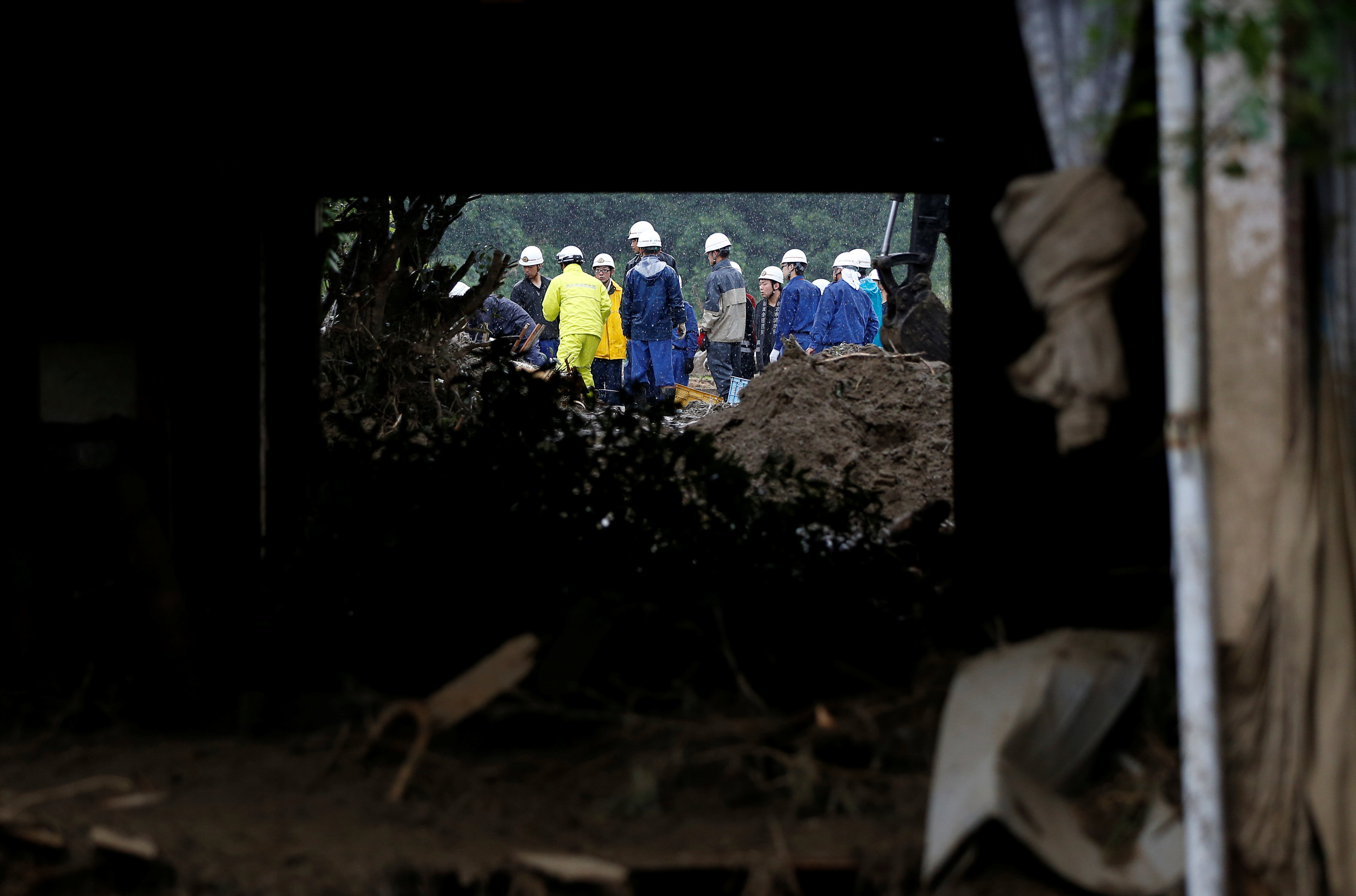 Asakura (Japan): Japanese rescuers continued their search for victims of freak rains that have triggered floods and landslides in southwest Japan and left at least 18 people dead and hundreds of others displaced, public broadcaster NHK reported on Sunday.
About 1,900 policemen and soldiers, using heavy machinery, braved the rain and grappled with debris of driftwood and mud that have cut off roads and clogged flooded homes.
Authorities warned of more heavy rains later in the evening and potential landslides. The downpour has been caused by a low pressure over the Pacific that has sent warm, moist air into Japan's seasonal rainy front.
In Fukuoka and neighbouring Oita, the hardest hit areas, 18 people have been killed and 14 have been injured, while roughly 570 have been left in the state of isolation and more than 20 still unaccounted for, NHK said.
"Considering the feelings of those whose families are missing, I want to rescue as soon as possible," Kiyoharu Kawano of the Ground Self-Defense Force said.
Local residents tackled cleanup efforts with a struggle.
"It's tough, it's tough," said an elderly man, who was pushing a wheelbarrow in the heavy rain, carrying mud out of an old wooden "ramen" noodle restaurant.
The city of Asakura was hit by more than 600 mm (24 inches) of rain since it started pouring on Wednesday, and Hita was pounded by nearly 450 mm of rain during the same period, the meteorological agency said, warning of yielding ground.
The meteorological agency said the rainy front was forecast to bring 120 mm of rain in the northern Kyushu region by Monday noon, and 100 mm of rain in the neighbouring Chugoku region, western Japan.