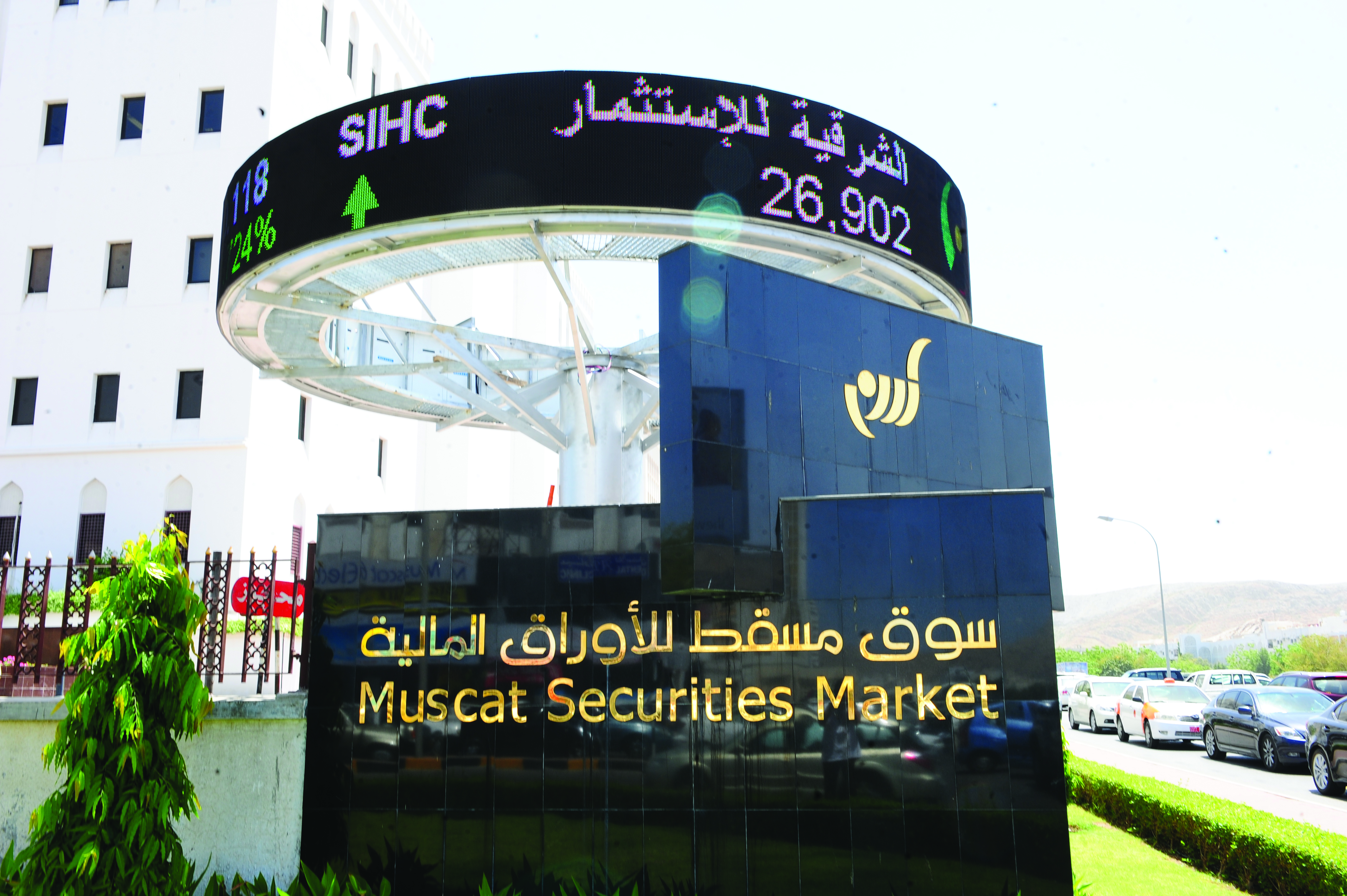 Muscat: A marginal drop in the revenue of major listed companies is expected in the first half of this year, mainly due to a slowdown in demand in the local and regional economies, as well as a drop in the local bourse amid low oil prices.
The revenue of companies considerd for preparing the Muscat Securities Market (MSM) 30 Index for the first half is estimated at OMR1.52 billion, reflecting a marginal fall of 2.4 per cent, compared with the same period last year, according to a research note released by Gulf Baader Capital Markets. Also, the combined earnings of these companies are estimated at OMR278.67 million. Investment holding companies are expected to report lower earnings on dismal market performance during the period. The MSM 30 Index declined by 11.5 per cent in the first six months of this year, ending June, 2017.
“We believe the earnings season to reveal the effects of the demand slowdown in local and regional economies on prevailing low oil prices,” noted the Gulf Baader report.
Revenue at MSM30 Index companies, excluding investment holding firms, for the first half of 2017, is estimated to decline by 2.3 per cent year-on-year, to OMR1.39 billion amid decline in growth seen from the industrial and services sector companies. “We do expect a demand slowdown in the local and regional markets to impact the corporate performance during the period.”
Earnings at MSM30 companies, excluding investment holding firms, for the first half of 2017 is projected at OMR262.77 million, showing a decline of 18.3 per cent. The earnings decline is mainly on the back of an increase in operating expenses, higher corporate taxes and royalty charges for telecommunication companies. During the previous quarter, the power companies reported higher losses due to the one off deferred tax liability (on recent corporate tax increase).
“We expect the banking sector’s performance for the first half to reveal a marginal revenue decline of 1 per cent on a year-on-year basis, amidst slowdown in credit off‐take and margin pressure seen in select banks. The impact of the increase in funding costs will impact the Net Interest Margins (NIMs). Banking sector earnings for the first half of 2017 are estimated to decline by 1 per cent on year-on-year basis to OMR172.27 million.”
During January‐April period, Oman’s banking sector credit (conventional and Islamic) grew by 1.3 per cent or OMR277 million in absolute terms.
The banks remain selective in looking at growth opportunities and are taking measures to diversify their funding mix. The liquidity situation has improved to an extent during the quarter on the Government external borrowing programme, while the cost of funding still remains high for select banks, impacting net interest margins, noted the report.
Earnings of investment holding companies for the first half of 2017 are anticipated to decline sharply by 38.5 per cent year-on-year to OMR15.90 million, amidst subdued equity market performance in Oman and the Gulf Cooperation Council region. Total revenue of the industrial sector is expected to decline by 4.9 per cent year-on-year, amidst a prevailing slowdown in construction, cement and the building materials sector.