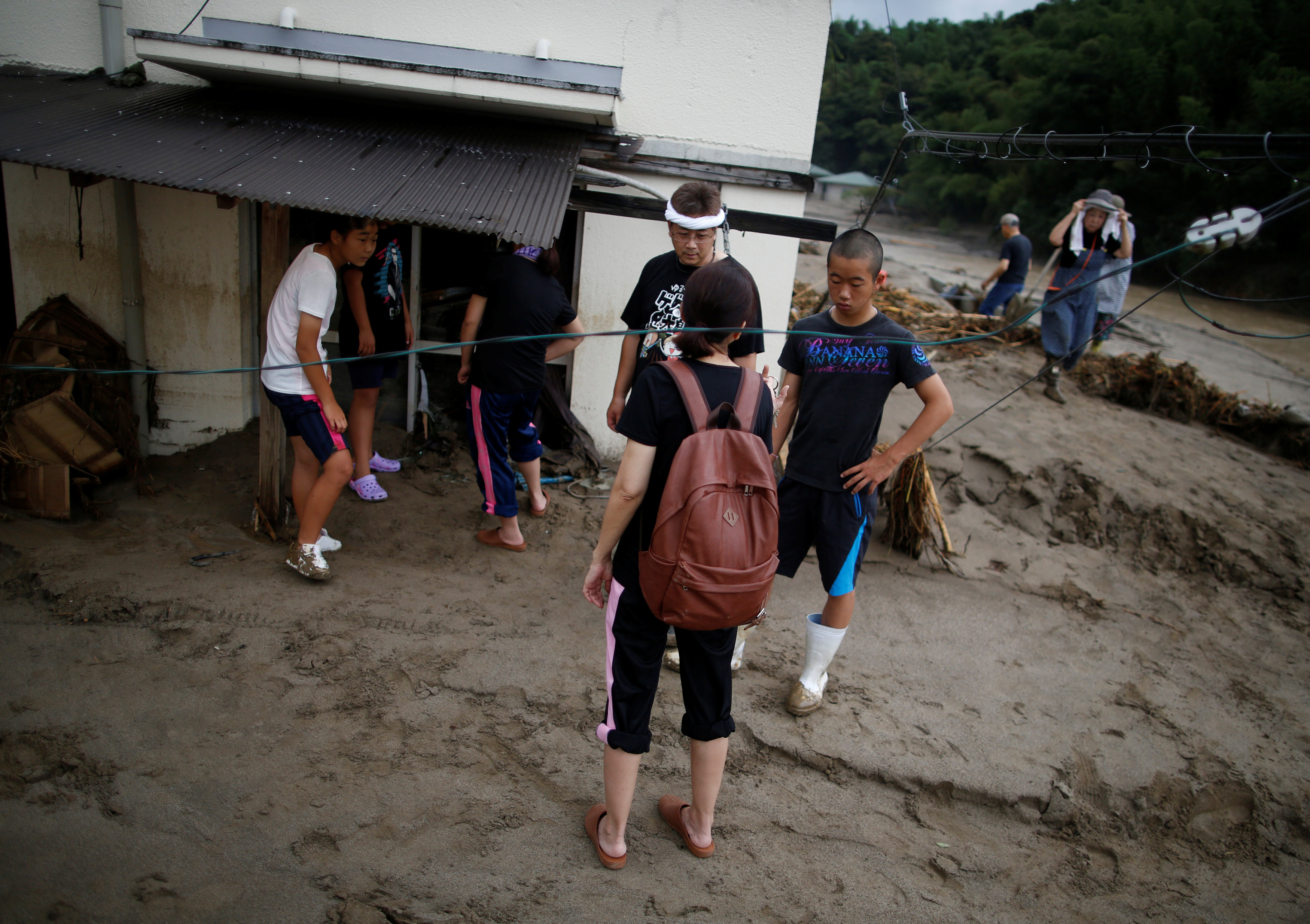 Asakura: Japanese rescue crews took advantage of a break in the weather on Saturday to search for survivors of torrential rain, floods and landslides, as the death toll from several days of freak weather rose to 16, the NHK state broadcaster reported.
Authorities warned of more downpours over the weekend, compounding the misery that the summer storms have brought to southwest Japan since Wednesday.
Some neighbourhoods have been devastated by flooding and landslides, and rescue workers and residents have been picking their way through expanses of broken, water-logged trees, branches and mud.
"All the mud and debris is making the clean-up effort difficult," said Susumu Higuchi, a resident of Asakura.
The city was pounded by more than 600 mm (24 inches) of rain in the 24 hours to 5 a.m. (2000 GMT) on Saturday, according to Japan's weather agency.
Heavy machinery was working to clear almost knee-deep mud from streets while nearby, an uprooted tree was tangled in cables from an electricity power pole.
A police dog was hunting for victims in flooded homes, many now clogged with debris.
The weather agency said 150 mm of rain was forecast to fall in industrialised Northern Kyushu in the 24 hours to 6 am on Sunday. Some places have seen more rain in a matter of hours than they usually get in the whole month of July.
The rain has been caused by a low pressure over the Pacific that has been feeding into moist air into Japan's seasonal rainy front.