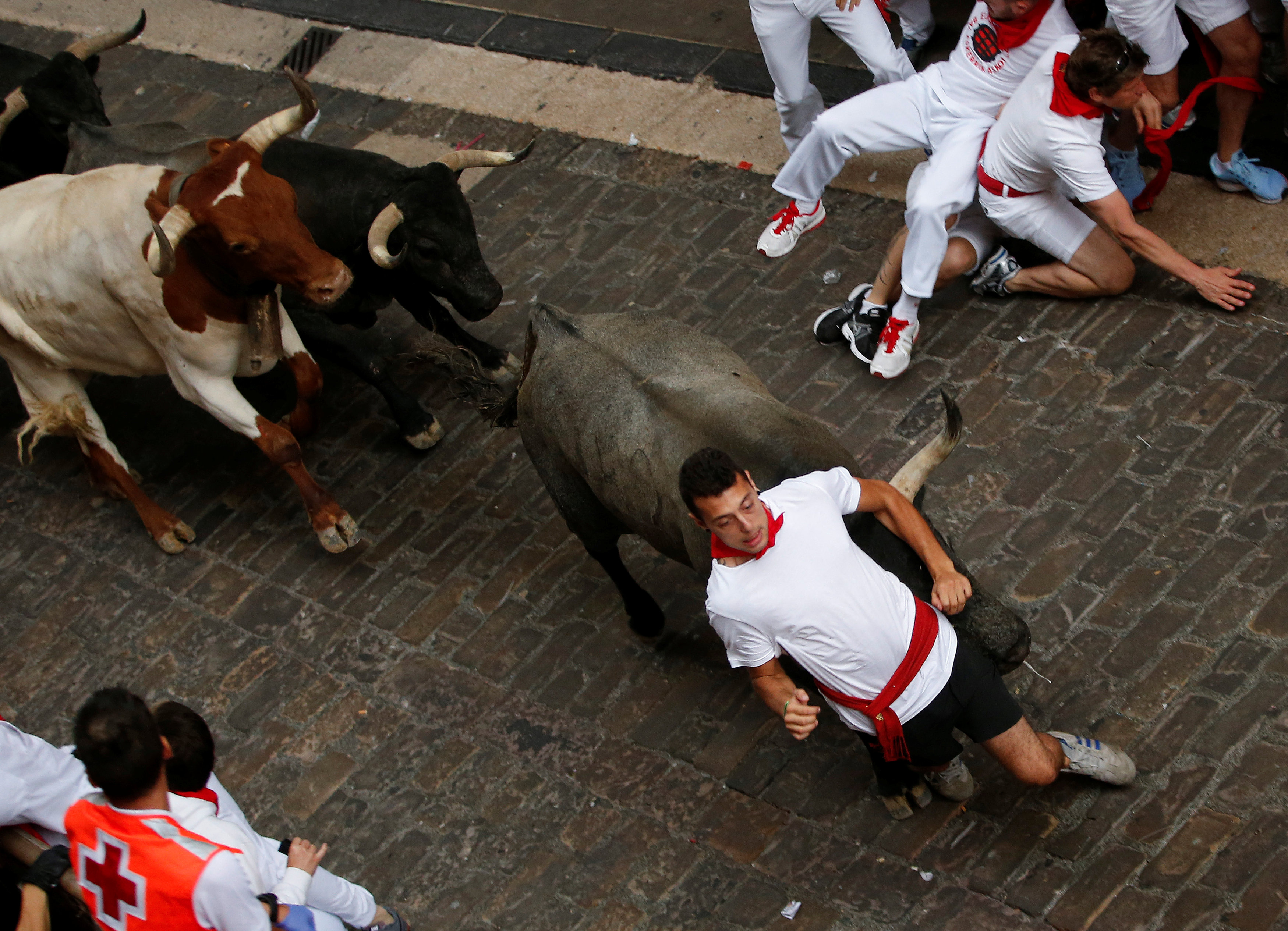 Pamplona (Spain): Two men were gored on Saturday on the second day of the week-long San Fermin festival in northern Spain in which bulls chase red-scarved runners through the streets of Pamplona.
One runner was gored in the back and the other in the arm. The four-minute run featured six bulls from the Jose Escolar ranch.
The daily bull run starts at 8 a.m. (0600 GMT) and usually lasts between three and five minutes. There are eight runs in total during the festival.