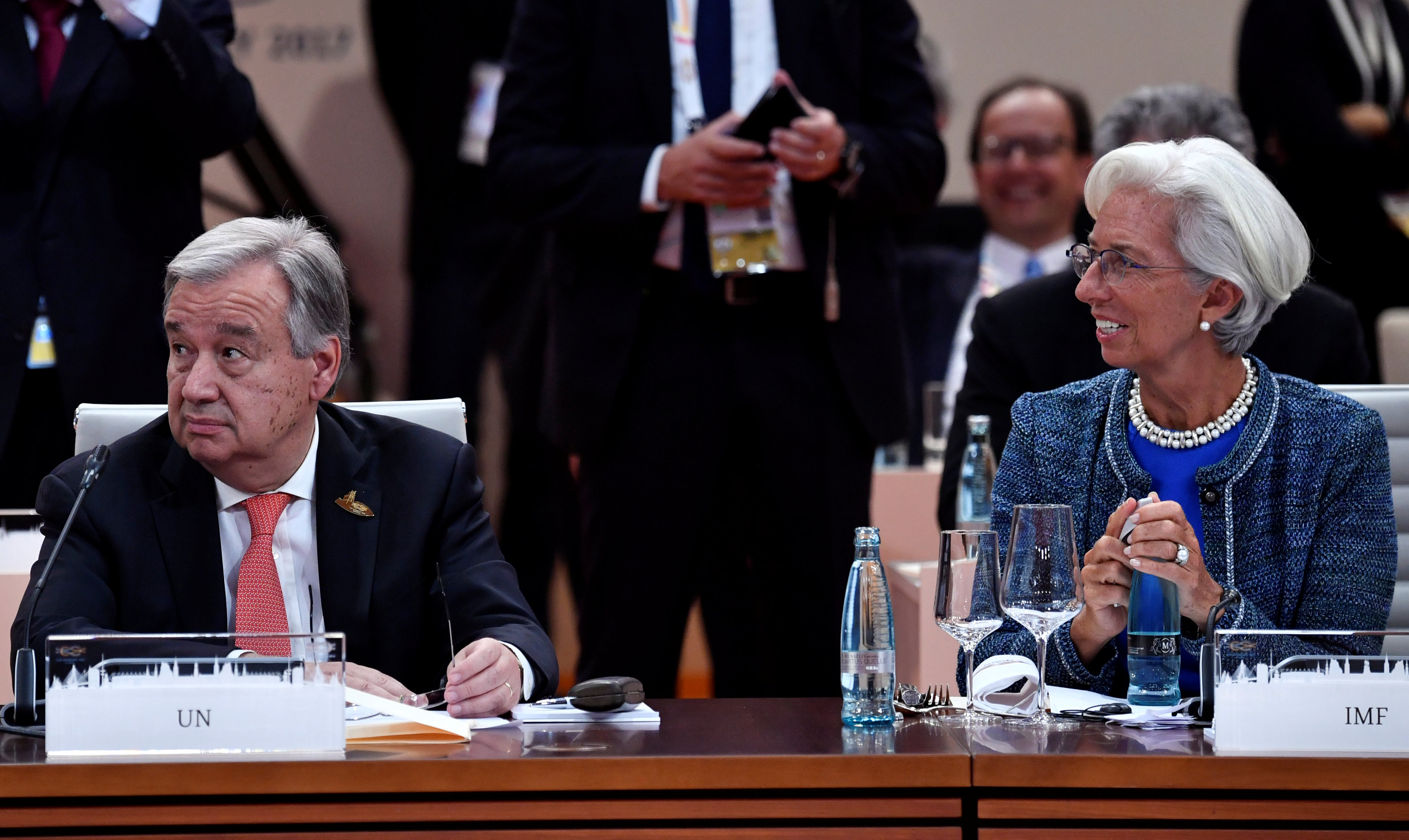 Hamburg: The IMF, World Bank and WTO on Friday called for removing trade barriers and expediting economic reforms to boost global growth and employment even as they blamed technology as a prime reason for job losses in some regions.
In a joint statement on the occasion of G20 Summit here, heads of the three multilateral organisations said deeper trade integration and supportive domestic policies requires decisive action by the leaders of the grouping.
The statement was signed by International Monetary Fund (IMF) Managing Director Christine Lagarde, World Bank President Jim Yong Kim and World Trade Organisation (WTO) Secretary General Roberto Azevedo.
"The economic well being of billions of people depends on trade. Deeper trade integration twinned with supportive domestic policies can help boost incomes and accelerate global growth. This calls for decisive actions by world leaders gathering for the G20 Summit this week," they said.
They also acknowledged that when it comes to trade, it is not required to choose between inclusiveness and economic growth.
"Evidence shows that opening of economies to trade, especially in the late 20th century, boosted incomes and living standards across advanced and developing countries.
"Since the early 2000's, however, the pace of opening has largely stalled, with too many existing trade barriers and other policies that favour chosen domestic industries over the broader economy remaining in place, and new barriers being created," the statement said.
Such policies can cause a chain reaction, as other countries adopt similar measures with the effect of lowering overall growth, reducing output, and harming workers, the multilateral institutions said.
Further, they said that re-invigorating trade, packaged with domestic policies to share gains from trade widely, needs to be a key priority.
"One part of this is to remove trade barriers and reduce subsidies and other measures that distort trade. Stepping up trade reform is essential to reinvigorate productivity and income growth, both in advanced and in developing countries, they added.
Even though job losses in certain sectors or regions have resulted to a larger extent from technology than from trade, the multilateral institutions said thinking in advance about the policy package that shares trade gains widely is critical for the success of trade reforms.
"Without the right supporting polices, adjustment to structural changes can bring a human and economic downside that is often concentrated, sometimes harsh, and has too often become prolonged," the statement said.
Stressing that governments must find better ways of supporting workers, they said each country needs to find its own mix of policies that is right for their circumstances.
"Approaches such as a greater emphasis on job search assistance, retraining, and vocational training can help those negatively affected by technology or trade to change jobs and industries. Unemployment insurance and other social safety nets give workers the chance to retool," the statement said.