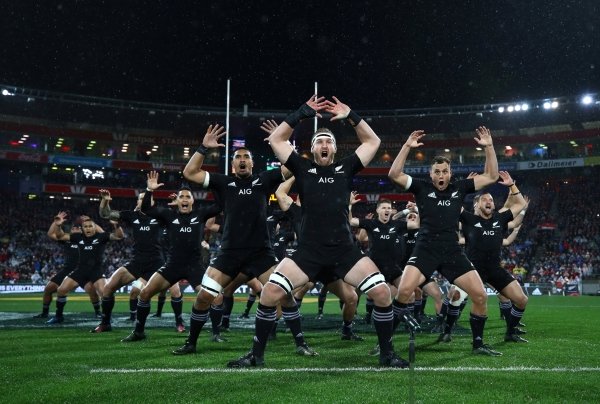 Auckland: All of the frozen toes, mud in the eyes and skinned knees suffered as a child that developed into thousands of collisions and months of rehabilitation from career-threatening injuries comes down to one game for British and Irish Lions captain Sam Warburton.
A series-deciding test match between the Lions and the All Blacks at Eden Park on Saturday that kicks off at 7:35 p.m. (0735 GMT).
"We do appreciate it is the biggest game we have played in," Warburton said on Thursday. "But that's what every sacrifice you have made since you were a young kid and decided to be a rugby player is all about, moments like this.
"All the guys are really excited about it and getting prepared for the big game."
The magnitude of the 'big game' has not been lost on the visitors' unchanged side, who were involved in what coach Warren Gatland described as a "tetchy" training session on Thursday with "words exchanged" between players.
The All Blacks, after all, have lost just one series — in 1971 — to the British combined team since they first started touring New Zealand in 1888.
They last lost successive tests against anyone at home in 1998 and have not been beaten at Eden Park in 23 years.
Coupled with that, the All Blacks get angry after a defeat. Very angry.
"I am definitely expecting a reaction, similar to the one we had in the second test after the first test defeat," Warburton said. "We have got all week to try and get ready for that.
"I think it will be a real proper, epic test match."
Shaken not stirred
The All Blacks convincingly beat up the Lions in the collision areas to win the first game 30-15 at Eden Park two weeks ago.
Warburton's side levelled the series with a 24-21 win last week after they wore down the All Blacks, who had been reduced to 14 men in the 25th minute when Sonny Bill Williams was sent off for a dangerous shoulder charge.
The four-week suspension Williams received created a major backline shake-up for the world champions with coach Steve Hansen naming Ngani Laumape to start his first test after he came off the bench for his debut last week.
His Wellington Hurricanes team mate Jordie Barrett has also been given a first test start after he made his debut against Samoa last month off the bench, while Julian Savea has returned on the left wing, replacing the ill Rieko Ioane.
While the changes were out of necessity and something British media have said could be a weakness for the Lions to exploit, Hansen has not been afraid in the past of trusting his gut and giving youngsters the message they should simply impose themselves on the game on Saturday.
"Both of them have pulled the jersey on before so they know what is happening," Hansen said of Barrett and Laumape. "It's the same as every week, go out there and trust your instincts and play.
"If you do that... then you walk down the tunnel with a lot of confidence in yourself and trust in your team mates... and that's what sport is about.
"It's about trusting your own abilities under pressure and we've been pretty good at that over the years."