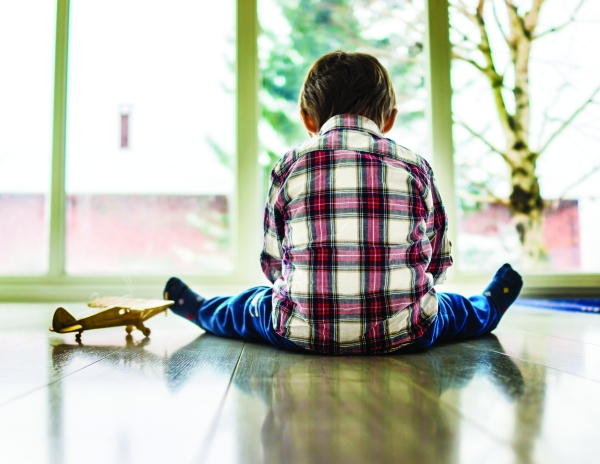 Muscat: Autistic children in Oman are struggling to gain admission into mainstream schools, according to worried parents.
Get your essential daily briefing delivered direct to your email inbox with our e-newsletter
May Ibrahim, who runs the Autism Complete Therapy centre (ACT) in Muscat and Barka, says that although there are more autism centres in Oman now, there are still some challenges. “We have an inclusion program where we take children who graduate from the centre to the next stage, to regular classrooms in schools.
“We take them with our therapists and most schools refuse whenever they see the child is autistic. They don’t want our children to sit with their children - even for our inclusion programme we have had to go to five or six schools until we found a school which would allow us to bring them to their facility.”
“We have increased private centres in the country now, but we need more facilities for older children and we need society to help us accept our children, and for more schools to accept the inclusion programme - this is a challenge for us.”
Autism, or autism spectrum disorder, refers to a range of conditions characterized by challenges with social skills, repetitive behaviours, speech and non-verbal communication, as well as by unique strengths and differences. There is not one single autism but many types, caused by different combinations of genetic and environmental influences.
According to the National Centre for Statistics and Information, 38,550 cases of autism were recorded in 2015 in Oman.
According to the disability statistics of the Ministry of National Economy, derived from 2010 census reports, Oman has 62,506 individuals suffering some form of disability, representing 3.2 per cent of the total Omani population. The disability among males and females is 53 per cent and 47 per cent, respectively.
May added: “Older children pose a challenge because if they are beyond the age of eight, even if they are good, no school will accept them to go to any regular mainstream classroom, so what should be done next?
“A problem we see here in Oman is with older autistic kids who have no skills or previous rehabilitation or any type of intervention. Sixteen-year-old boys who are not toilet trained and do not know the basic skills and don’t speak or use alternative means of communication like PECS (Picture Exchange Communication System), what to do about them?” May started the Autism centre because of her first-hand experience with her 14-year-old Autistic child.
“I felt that something was wrong with my son from the age of one-and-a-half. Initially, I thought he was normal but when I looked at him closely and read about the subject, I realised there was something wrong. I went to different clinics but they said it was too early to diagnose. Later, I went to Egypt and got his evaluation assessment done and the doctor said my son was autistic. That was when he was two and a half.”
“I felt shocked, devastated, angry, depressed, sad - I wanted him to stop being autistic, I wanted to find a magic pill for him to be normal again.”
When May came back to Oman from Egypt with her child, she was not able to find the right centre for his abilities, and after a few years decided to open her own.
She advises parents that once their kids are diagnosed with Autism, they need to be put into training and rehabilitation centres immediately.
“I wasted previous years of his life to find biomedical intervention to do something with my son, however the answer to Autism is intervention and training, I have learnt this over the years.
“Usually with the first child you refuse to accept that will they will be disabled, and might never talk and always need someone’s support. However there is no medical intervention, if parents want to find a biomedical intervention that shouldn’t stop them from sending their children to rehab.
“I have a child who is now 15 and Autistic, he did undergo some basic training initially but most centres don’t accept children of his age. I really think we need more facilities for grown up Autistic children.”
Another parent whose Autistic son goes to a Centre for special education in one of the private schools says, “We had great trouble finding an Autistic centre to accept my child, he is 12 now. Right now it’s ok for us but when he grows older, I wouldn’t know what to about my son’ treatment. I have enquired about more Autistic facilities in Oman but haven’t found anything substantial yet.”
A teacher at one of the schools in Muscat said: “Autistic kids should really be allowed to get into normal classrooms after they have graduated from their centres, however sometimes the schools fear that they might disrupt the usual class routine and the logistics and costs related with such arrangements are also an extra expense.”