Thai lawmakers quit assembly to prepare to run in election 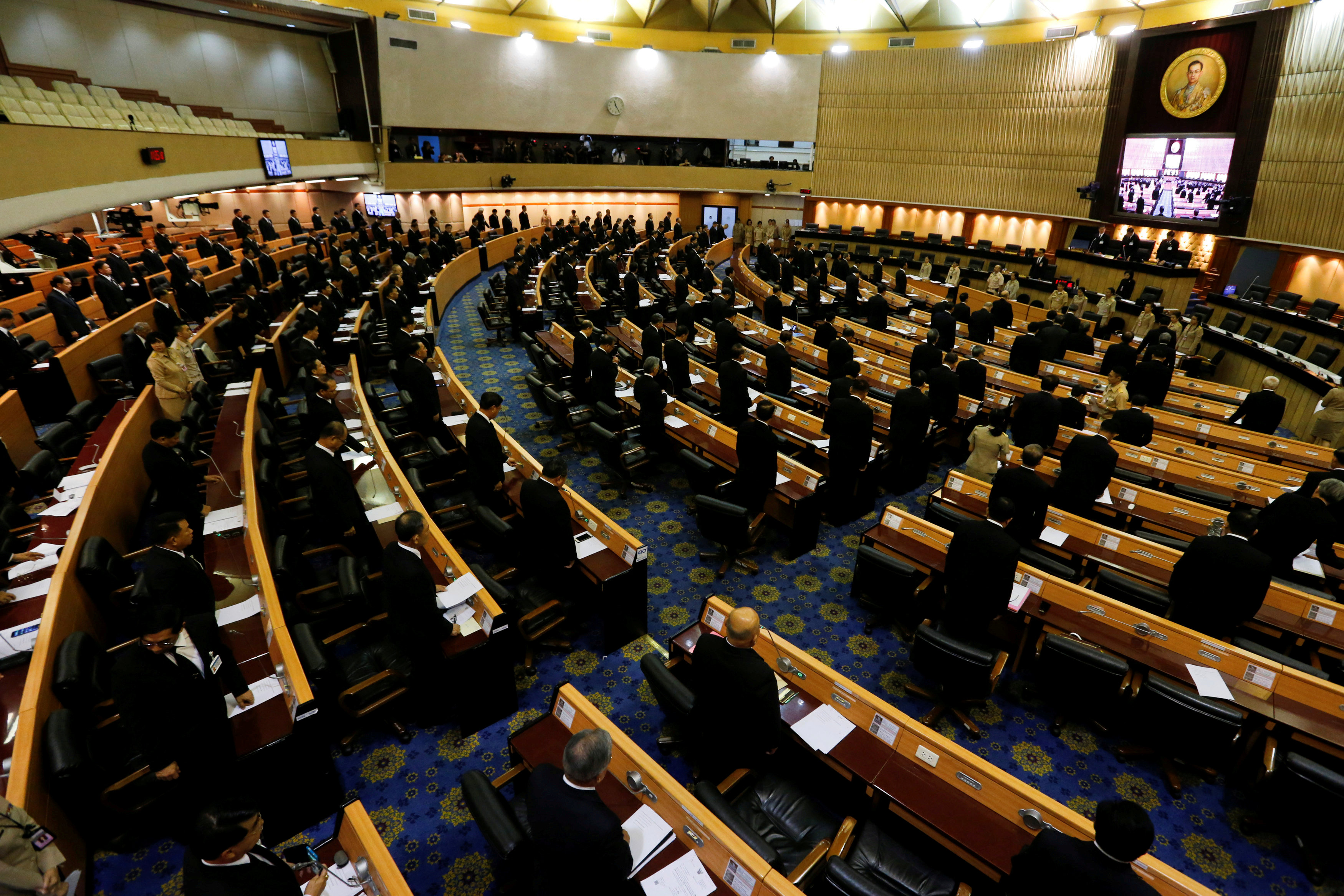 Bangkok: More than a dozen members of an assembly appointed by Thailand's junta have resigned to be able to contest elections, one of the first signs of political activity ahead of a poll set tentatively for next year.
The military government had initially promised a vote within 18 months of a May 2014 coup, but the timetable has slipped - intensifying suspicion among government critics about the army's real willingness to relinquish power.
The vice-chairman of the National Reform Steering Assembly, which shapes government policies, said 25 of its 200 members had resigned ahead of a July 4 constitutional deadline they needed to meet if they were to stand.
"Most of them want to retain their right to run as members of parliament in the next election," Alongkorn Ponlaboot told Reuters on Wednesday. Not all those who had resigned were planning to take part in politics, he said.
Among those who quit were former military men, veteran politicians and an economist. One said he hoped to build a coalition in support of military ruler Prayuth Chan-ocha.
"The resignations signal that we are now in general election mode," Associate Professor Yuttaporn Issarachai, dean of political science at Sukhothai Thammathirat Open University, told Reuters.
"People typically need about a year to campaign. This is the start of that," he said.
Political gatherings of more than five people have been banned since the coup, when the army said it was seizing power to end violent turmoil between the political forces that have dominated Thailand for decades.
On one side is the Democrat Party, Thailand's oldest, which is popular with middle-class voters and has strong support in Bangkok and parts of the south.
On the other is the Puea Thai Party of ousted Prime Minister Thaksin Shinawatra, whose parties have won every election since 2001 by appealing to poorer voters in the populous northeast.
Thaksin's sister, Yingluck Shinawatra, has been the unofficial face of the party since the government she led as prime minister was ousted in the coup. But she has been banned from office for five years and is on trial on corruption charges she rejects.
Although junta leader Prayuth has said he does not plan to form a political party, he has frequently criticised what he calls the "bad politicians" of the past and some politicians have voiced support for keeping him in office.
One of the lawmakers who resigned, Suchart Chanthornchotikon, said he wanted to form a coalition of small parties to challenge larger parties, and which could support Prayuth as a candidate for prime minister.
"We don't want to set up a military party but we want to be able to challenge the big parties," he said. "Our expectation is that if we come together we can support Prayuth as prime minister."
Prayuth would have needed to resign by July 4 if he wanted to stand for parliament, but he could still become premier according to a new constitution that allows an "outsider" to become prime minister.
Critics say the constitution, written by an army-appointed committee, is designed to prolong the military's influence over politics for years to come through unelected bodies and other mechanisms.
Puea Thai acting deputy-secretary Chavalit Wichayasut said he doubted that smaller parties would lend their support to an appointed prime minister.
"I don't think the smaller parties will support anyone who comes to power unelected," Chavalit told Reuters.
The military has postponed the election twice since taking power. The death of King Bhumibol Adulyadej in October last year led to pause in most political activity during an official mourning period of a year.
No date for the next election has been set.