Meet a Swiss-Swahili food blogger from Kenya in Oman 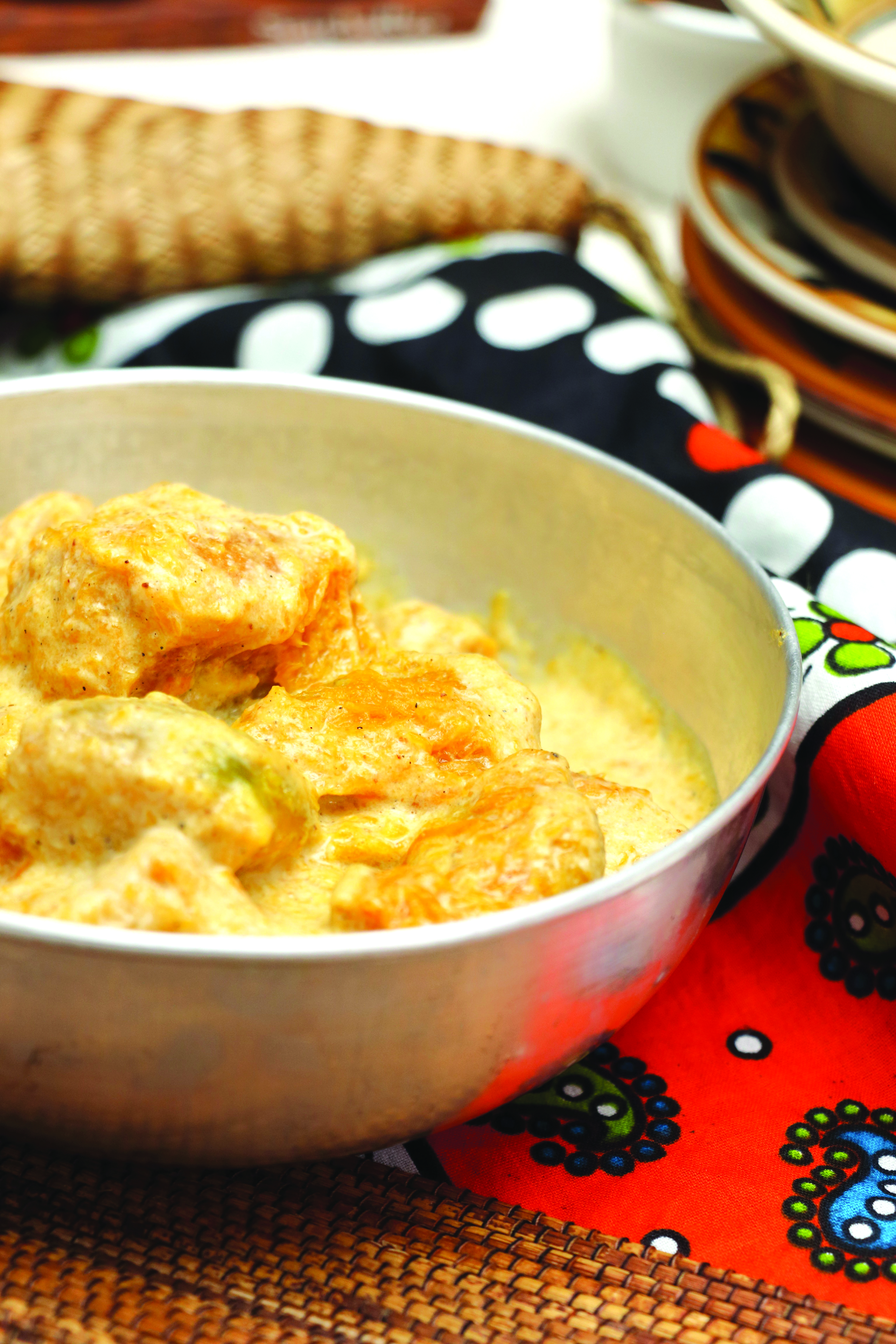 Dying and going to food heaven is something that happens to me every time I indulge in Swahili food, especially when I dive into my absolute favourite dish, cassava in coconut cream. Coming from a background that blended Swahili and Omani cultures together, I don’t get to try authentic food from the land of gold as much as I get to eat rice dishes here, as these treats have become celebratory dishes that my mom only serves when we have a ton of guests in our household, or if we feel like getting creative in the kitchen. I’m talking sweet bananas bathed in coconut goodness and a bit of chili, red kidney beans dipped in pools of organic palm oil with fire-hot pili pili moni chili, and crushed cassava leaves stewed with homemade peanut butter, sending me straight into a food coma. This week, I had the pleasure of meeting Vanessa Mehri, who is as passionate about food as I am.

How did I meet Vanessa you ask? I was on my daily Instagram ritual, scrolling (and probably judging) random folks online, when I came across a video of Her Highness Sayyida Mayya Al Said who was standing with an uber-cool young Caucasian woman. She spoke fluent Swahili in a thick, killer accent, as if she were from the island of Zanzibar. Intrigued, I just had to meet her. After a couple of coffees with Vanessa and her hubby, I learned that she was Swiss-born but Kenyan-raised. She moved to Mombasa with her mother at the age of four after they’d visited and fallen in love with the land and its jovial culture. She was then enrolled at an all-Kenyan school where she studied and learned Swahili. Today, Vanessa cracks up the Kenyan lingo like nobody’s business, although she might racially belong to Switzerland, culturally, she is a Kenyan at heart. “My friends nicknamed me an inside out Oreo: You’re white on the outside and black on the inside,” said Vanessa in giggles. But that wasn’t all that fascinated me: It was her love for making the nation’s food.

When Vanessa was little, spending some time experimenting in the kitchen was atop her list of fun things to do. She even tried making masala tea at the age of six, but ended up burning her mother’s favourite curtain. Growing up, she was influenced by the customs of Kenyan cooking and developed a taste for their coconut-filled dishes. She began putting her hands to work and try out local treats, paying visits to villages in the interiors of Mombasa and learned from the best on how to make proper Swahili food. “My family always made me cook for them, as they love the food I make,” she expressed.

After getting married and having a child, Vanessa started cooking food for corporate companies, which ignited a fire of wanting to make her passion a fruitful vocation. She began writing stories for lifestyle magazines before publishing Swahili Food Made Easy, a cookbook that offers you recipes of the best Kenyan dishes and desserts, tweaked with a bit of a Swiss touch, and made so easy, that everyone can follow them. Her goal is to introduce Swahili food to western cultures. “We have Thai food out there, we have Chinese, Japanese, and Mexican too, why can’t Swahili food have its place out there as well?” asked Vanessa, adding that her European descent might encourage people in that part of the world to start watching her YouTube videos, read her cookbook, and start appreciating the goodness of Swahili cuisine.

What sets African food apart for Vanessa is that it’s made with mostly local and natural ingredients. “They take what they have and utilise that, that’s what I like about Swahili food culture,” said Vanessa. The young woman also tried food marriages wherein she’d mix Swiss and Swahili cuisine. Her dearest experiment is pairing chocolate desserts and puddings with chili and cardamom. It is a taste I am yet to savour, but looking forward to. Meeting Vanessa made me realise that it is not always about where you come from, it’s about where you are and how you’re influenced by the environment you grow up in. Her heart belongs in Kenya, forever and ever. —[email protected]