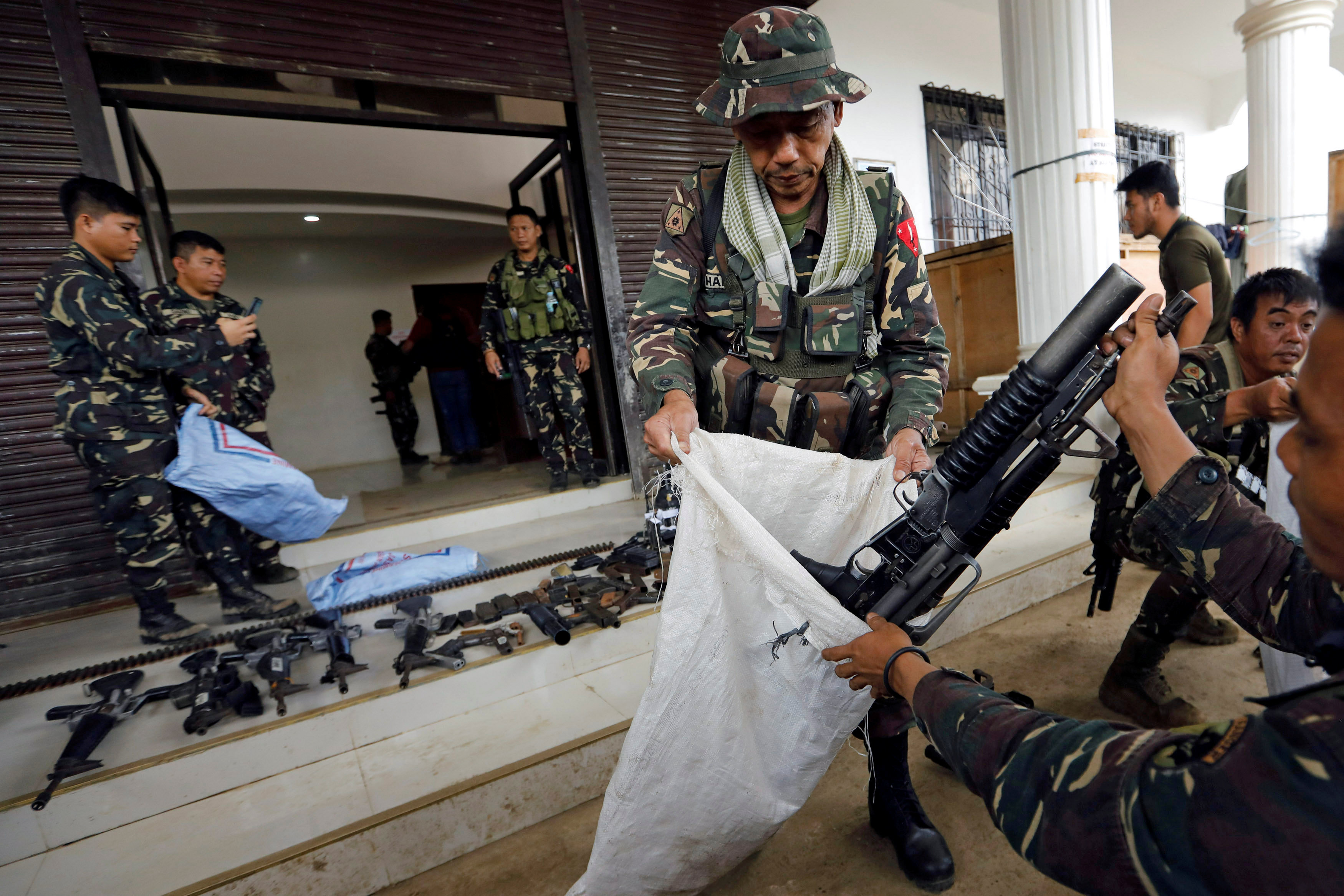 Manila: Philippine security forces arrested on Wednesday the main financier and logistics supporter of the pro-IS militants who have for weeks been battling government troops for control of a southern town, the army said.
The militants from a faction known as the Maute group, seized the town or Marawi on May 23 and are resisting daily assaults by government forces using aircraft and artillery, and with help from allies the United States and Australia.
The fighting in the largely Muslim town in south of the predominantly Christian Philippines has alarmed neighbours, fearful that IS is bent on gaining a foothold in the region as it loses ground in the Middle East.
Security forces raided a village not far from Marawi and detained three suspects found with ammunition and material for making bombs, an army spokesman, Brigadier-General Gilbert Gapay, said.
One of those detained was an important supporter of the Maute group who Gapay identified as Monaliza Romato, alias Monay.
The woman is a niece of the matriarch of the Maute clan, whose men-folk lead the Marawi attack. Two of seven Maute brothers, Omar and Abdullah, were educated in the Middle East, and were the main planners of the assault on Marawi, the military has said.
"Monay has replaced her aunt as the main financier and logistic supporter of the militant group," Gapay said in a statement.
"The arrest will adversely affect the logistics support network of the group," he said.
The raid, seizure of weapons and the arrests would also prevent the militants from mounting diversionary attacks, he said.
More than 400 people have been killed in the fighting in Marawi. Hundreds of thousands have been displaced and about 20 per cent of the centre of the town has been destroyed.
On Wednesday, military aircraft dropped bombs on the town while ground forces tried to advance from house to house.
President Rodrigo Duterte imposed martial law on Mindanao island, where Marawi is located, for 60 days when the fighting erupted and Defence Secretary Delfin Lorenzana said there was pressure on the military to defeat the militants before it expires on July 23.
That is also a day before Duterte is due to deliver his annual state of the nation address in Congress.
Lorenzana said the military last week sent an aircraft to the United States to stock up on various bombs and rockets, supplies of which were running out.
U.S. forces are providing Philippine troops with technical assistance for the battle while Australia has sent two surveillance planes.
In another part of Mindanao, soldiers on Tuesday found the beheaded bodies of two Vietnamese sailors abducted a year ago by militants from the Abu Sayyaf group.
Three Vietnamese sailors are still being held by Abu Sayyaf, who, in all, hold 14 foreigners and eight Philippine citizens.
The Abu Sayyaf militants are allied with the Maute group.
The fighting in Marawi erupted on May 23 when security forces tried to arrest Isnilon Hapilon, an Abu Sayyaf leader who the government believes is IS's "emir", or leader, in the Philippines, and who was in the town with Maute fighters at the time.
Lorenzana said this week Hapilon is believed to be hiding in a Marawi mosque.