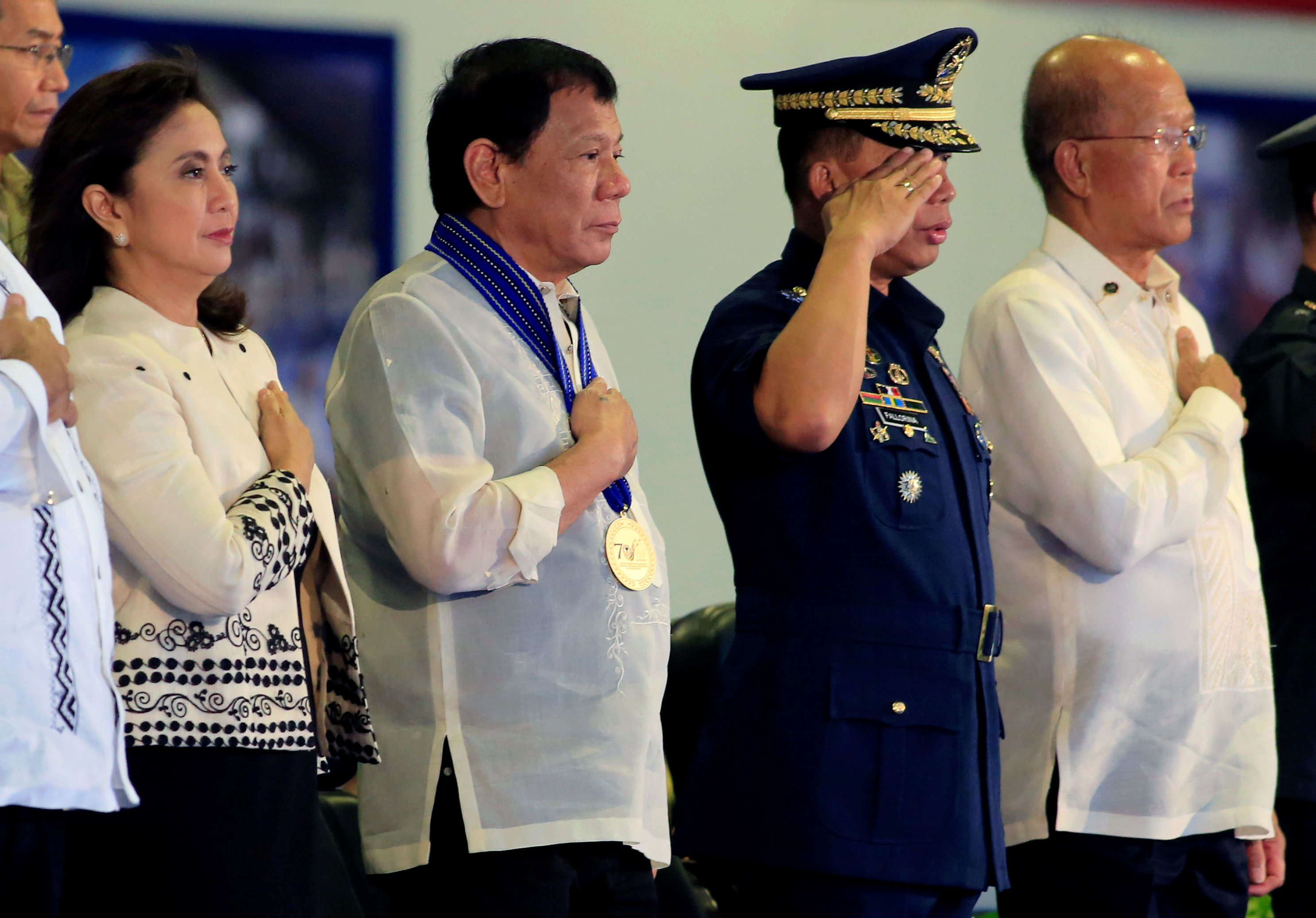 Marawi City: Philippine President Rodrigo Duterte was preparing to make a deal with IS-inspired militants in the days after they laid siege to a southern city, but aborted the plan without explanation, an intermediary involved in the process said.
Agakhan Sharief, a prominent Muslim leader, told Reuters that after a band of militants overran parts of Marawi City on May 23 and took hundreds of people hostage, he was approached by a senior Duterte aide to use his connections with the Maute militant group's leaders to start back-channel talks.
Two other Marawi sources familiar with the matter confirmed the president had worked behind the scenes to hold talks with the Maute brothers, Omarkhayam and Abdullah.
However, the process was halted when Duterte in a May 31 speech declared he "will not talk to terrorists".
It was not immediately clear what prompted Duterte's about-face.
"The problem with our president, his mind is changing always," said Sharief, a cleric who has had roles in various peace agreements on the long-restive southern island of Mindanao. "He announced he will no longer talk to terrorists and that made our negotiations cut."
Duterte's top peace adviser and his spokesman did not respond to separate requests for comment.
Despite his tough rhetoric and frequent promises to wipe out militants, Duterte has a reputation as a peace-broker, having dealt with separatist and Marxist rebellions during his 22 years as mayor of Davao City in Mindanao, an island of 22 million with a long history of unrest.
The battle for control of Marawi has been the biggest crisis of Duterte's year-old presidency.
Militants from the Maute group and others loyal to IS militant group have been holed up in the commercial district of the town through more than 40 days of air strikes, artillery bombardments and fierce street clashes with troops.
More than 400 people have been killed, including 337 militants, 85 members of the security forces, and 44 civilians. Some 260,000 residents have been displaced by a siege that has fanned regional fears that IS is trying to establish a stronghold in Southeast Asia.
Marawi Mayor Majul Usman Gandamra confirmed that back-channel talks did start but said he was not privy to details.
He told Reuters the process failed because the rebels did not show good faith or reduce the intensity of attacks on government forces after Duterte offered them an olive branch.
"There was a window of opportunity," he said. "But there was no show of sincerity."
Sharief, known locally as "Bin Laden" due to his resemblance to the late Al Qaeda leader, would not reveal the identity of Duterte's aide, whom he said was confidentially assigned to set up a meeting with the Maute clan.
He said the aide agreed that Sharief would accompany the Maute brothers' influential mother, Farhana, by helicopter to meet Duterte in nearby Cagayan De Oro or Davao City.
Sharief said her sons who requested she represent them in talks with Duterte.
"He (Duterte's aide) prepared everything that I needed. I told him that I need a chopper to get the mother of the Maute brothers to bring her to the president. He prepared that."
"I called the Maute brothers and their mother... I told them, I convinced them."
Sharief said the president was prepared to offer the Maute clan implementation of Sharia law in their hometown, Butig, if he achieves his goal of establishing a federal system in the Philippines.
The talks with the Maute group did not go ahead and the mother was arrested on June 9 elsewhere in the same province as Marawi. The Maute brothers' father, Cayamora Maute, was apprehended three days earlier in Davao City.
The cleric said that the rebels would have taken Duterte's deal to end the siege.
"They agreed, they supported this," said Sharief, who last met with Abdullah Maute on June 25, when he led a group of emissaries into the heart of Marawi to free some hostages during the Eid Al Fitr holiday.
Sharief said he was against the radical ideology of IS but reluctant to speak out against the Maute clan because he still hoped he could convince them to end the siege.
"I am a peacemaker," he said. "I cannot negotiate anymore if I talk against them."
Reuters