Tennis: Djokovic into second round of Wimbledon as Klizan retires injured 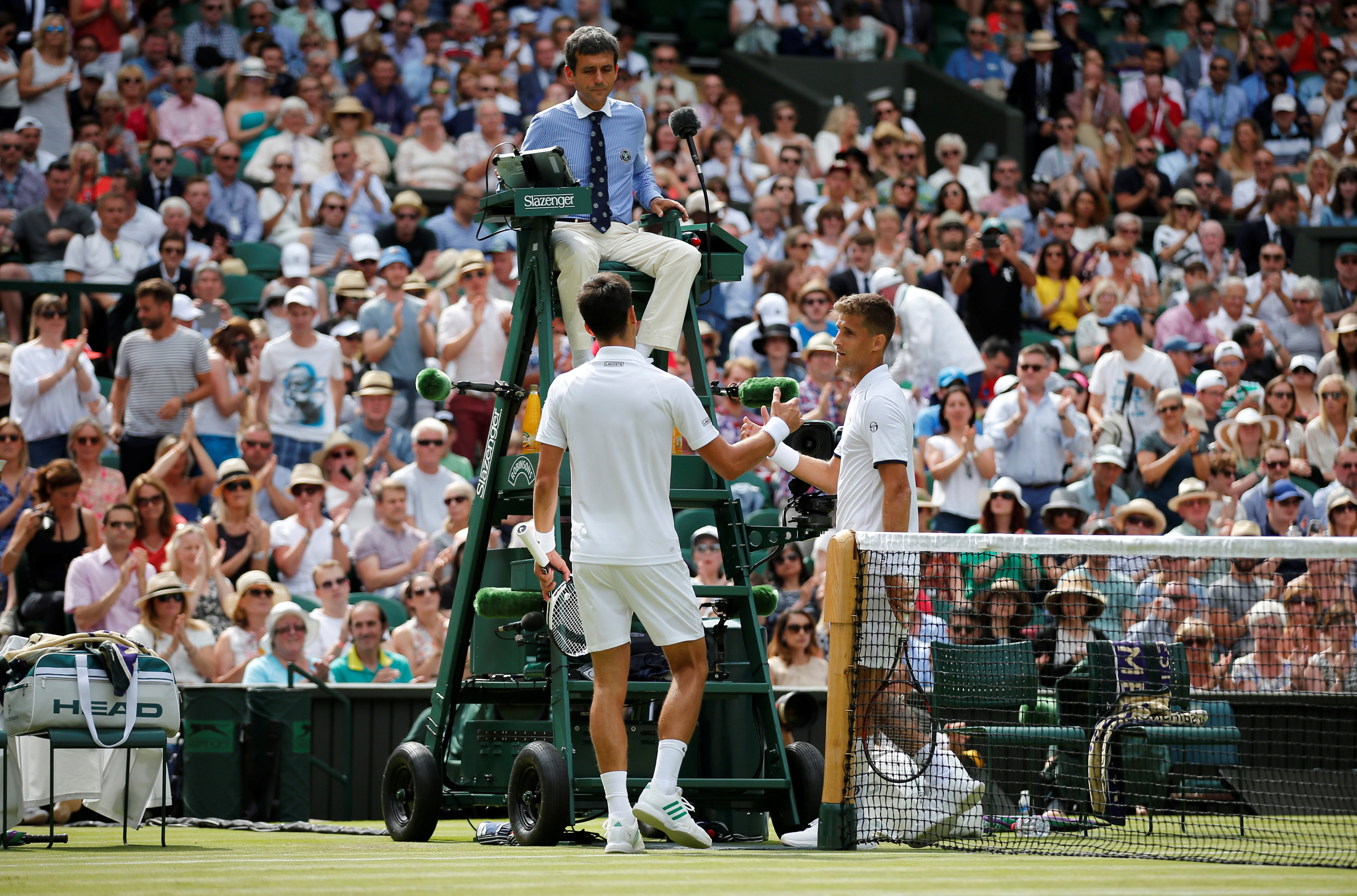 London: It was a short and sweet introduction to this year's Wimbledon for Novak Djokovic who breezed into the second round when opponent Martin Klizan retired injured after the first set of their match on Tuesday.
Djokovic, a three-time Wimbledon champion, had taken the first set 6-3 before Klizan called the trainer onto Centre Court to treat a leg injury.
While the 47th-ranked Slovakian emerged for the second set, he lasted just two more games before calling it quits. There had been little to separate the players in the first set, yet Klizan was in clear discomfort after that and was immediately broken by Djokovic, who then held before the Slovakian limped towards the umpire to end the encounter.
For Djokovic, who has endured a miserable year in which he has relinquished his number one ranking as well as his grip on all four majors, it was an easy start to the tournament, although he had some sympathy for Klizan.
"It was great to be back on Centre Court. It's the cradle of the tennis history and it's a special feeling to walk on. It brings back many memories. It's nice to be back but you never like to end a match this way," Djokovic said.
"He had issues walking on to court. I tried to focus on my game plan, I was serving well and when it mattered I made a break. But you could see he wasn't moving. I'm sure he didn't want to finish this way. It's Wimbledon and it's a big tournament. I wish him all the best."
John McEnroe, who was commentating for the BBC, was more scathing about players being able to begin matches when carrying injuries
"There's got to be a rule for guys who come out clearly not giving or able to give 100 percent. It's no good for anyone," he said.
His point seemed to be reinforced when Roger Federer's opponent Alexandr Dolgopolov retired injured midway through the second set in the very next match on Centre Court.
Second seed Djokovic will play Czech Adam Pavlasek in the next round.