Qatar Airways celebrates 10 years of service to the US 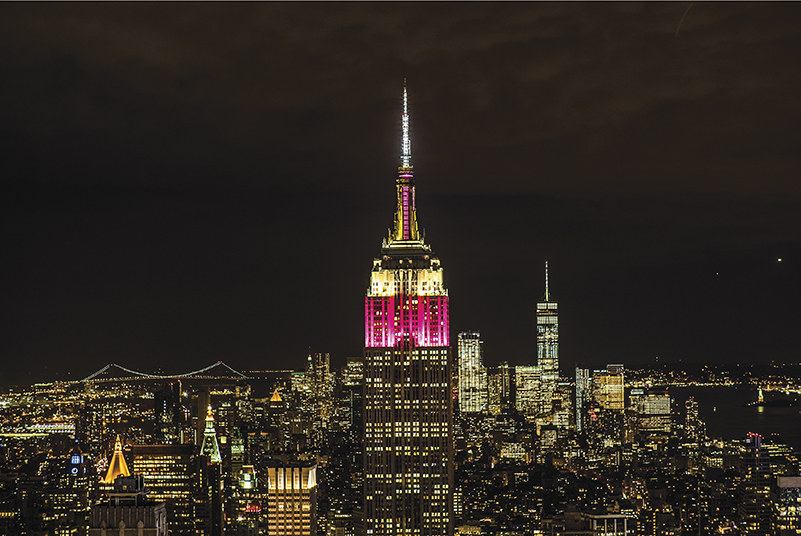 Qatar Airways has celebrated 10 years of unparalleled service to the United States by illuminating the Empire State Building in its signature burgundy and white colours. The airline will continue its celebrations with a series of activities including, special offers from the US to more than 100 destinations worldwide, as well as bonus Qmiles for Privilege Club frequent flyer members. Qatar Airways Group Chief Executive Akbar Al Baker said: “We were honoured to display our colours on one of the most iconic skyscrapers in the world, and the headquarters of our USA and Americas Regional offices, the Empire State Building. We believe this is a true testament to our positive presence and fantastic support in the United States.

“Qatar Airways is proud to have provided a decade of quality international service for our valued travellers in the United States. Qatar Airways continues to expand and grow; with upcoming planned services to both Las Vegas and San Francisco. Never has Qatar Airways’ commitment to the American market been stronger, and providing a vital international link between the USA to Qatar and beyond remains our goal.”

US, on 28 June, 2007, was to New York City, this was closely followed by service to Washington, D.C., the following month. 2016 was a particularly busy year in the US for Qatar Airways as it launched flights to Los Angeles, Boston and Atlanta taking the total number of gateways into North America to 10, including Chicago, Dallas-Fort Worth, Houston, Miami, and Philadelphia.

As part of its continuing expansion efforts within the country, Qatar Airways is planning to launch services to San Francisco and Las Vegas in 2018. The American expansion is just part of the overall airline growth plans, which include new routes to Canberra (Australia), Chiang Mai (Thailand), Douala (Cameroon), Libreville (Gabon), Rio de Janeiro, (Brazil), Santiago (Chile), as well as many other exciting destinations.

To further strengthen its position as an industry leader, Qatar Airways has just launched the groundbreaking Qsuite to London and will bring the patented product to New York City in September.

The Qsuite features the industry’s first-ever double bed available in Business Class, with privacy panels that stow away, allowing passengers in adjoining seats to create their own private room. Adjustable panels and movable TV monitors on the centre four seats allow colleagues, friends or families travelling together to transform their space into a private suite, allowing them to work, dine, and socialise together. These new features provide the ultimate customisable travel experience that enables passengers to create an environment that suits their own unique needs.

Qatar Airways, based in Doha, Qatar, is one of the fastest growing airlines operating one of the youngest fleets in the world. The airline is also celebrating its twentieth year of global operations this year. Qatar Airways has a modern fleet of 200 aircraft flying to more than 150 key business and leisure destinations across six continents.

As the 2017 Skytrax winner of Airline of the Year, World’s Best Business Class, Best Airline in the Middle East, and Best First Class Airline Lounge, Qatar Airways continues to deliver award-winning service across all cabins to the USA and beyond.—[email protected]