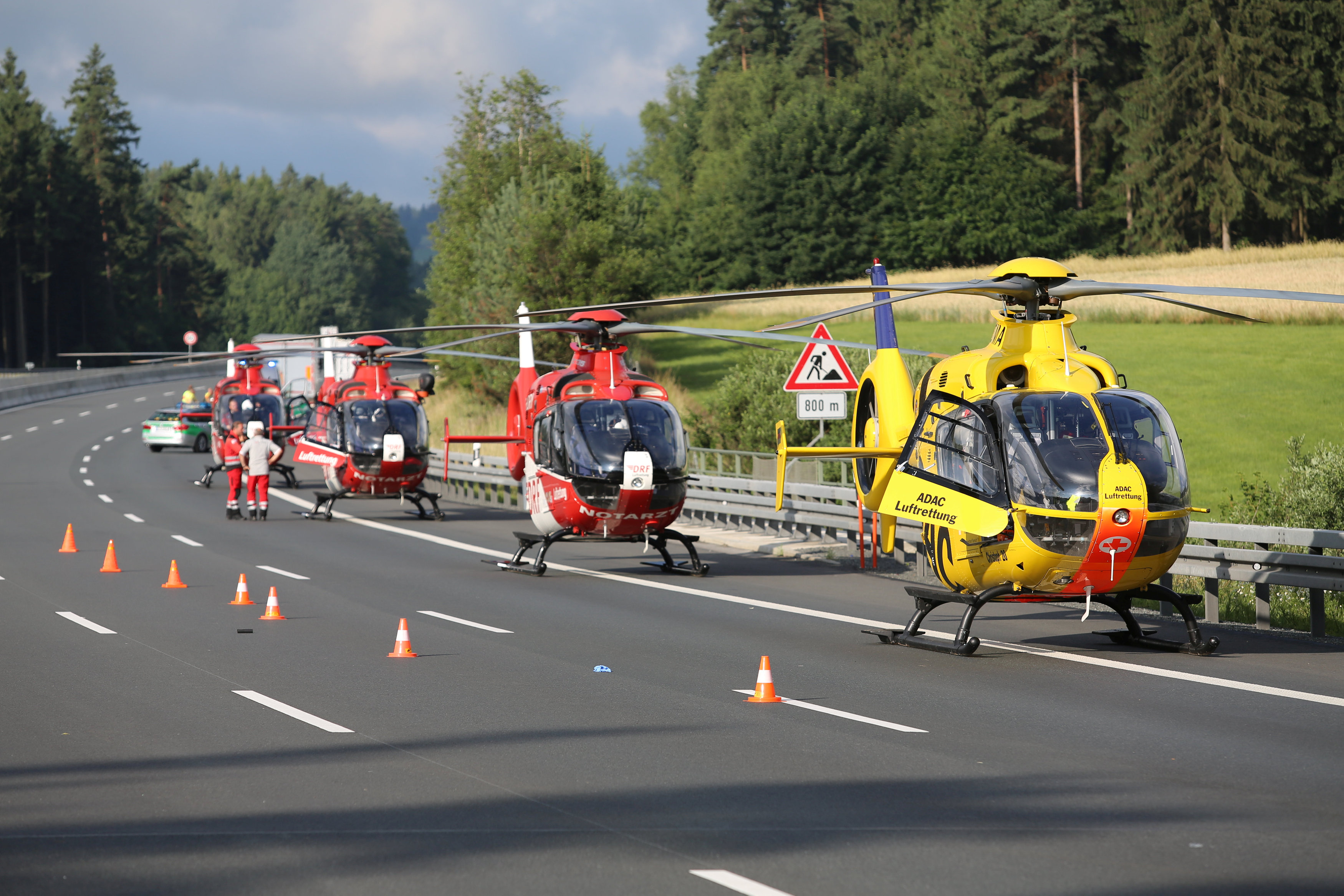 Berlin: Eighteen people were killed when a tour bus burst into flames after colliding with a lorry on a motorway in the German state of Bavaria on Monday, police said.
Thirty people were injured, some seriously, in the crash, which occurred shortly after 7 a.m. local time (0500 GMT) near the town of Stammbach, around 90 km (56 miles) northeast of Nuremberg, police said. The cause was unclear.
"It's clear now that all 18 of the missing people on the bus died in the accident," police said on Twitter.
Forty-eight people were on the bus. They were between 41 and 81 years old and most were from the eastern state of Saxony, police said.
The identities of some passengers had yet to be established, but police do not think foreigners were among the passengers, spokeswoman Irene Brandenstein said. The lorry driver was not injured, she added.
Speaking at the scene of the crash, Transport Minister Alexander Dobrindt said two people were in a critical condition.
"The heat's development must have been intense, because there is nothing flammable left on the bus. Only steel parts are recognisable, so you can understand what that meant for the people in this bus," he said.
Chancellor Angela Merkel described the crash as "terrible" and said: "Our thoughts are with the victims' relatives and we wish all of the injured a quick recovery, from the bottom of our hearts."