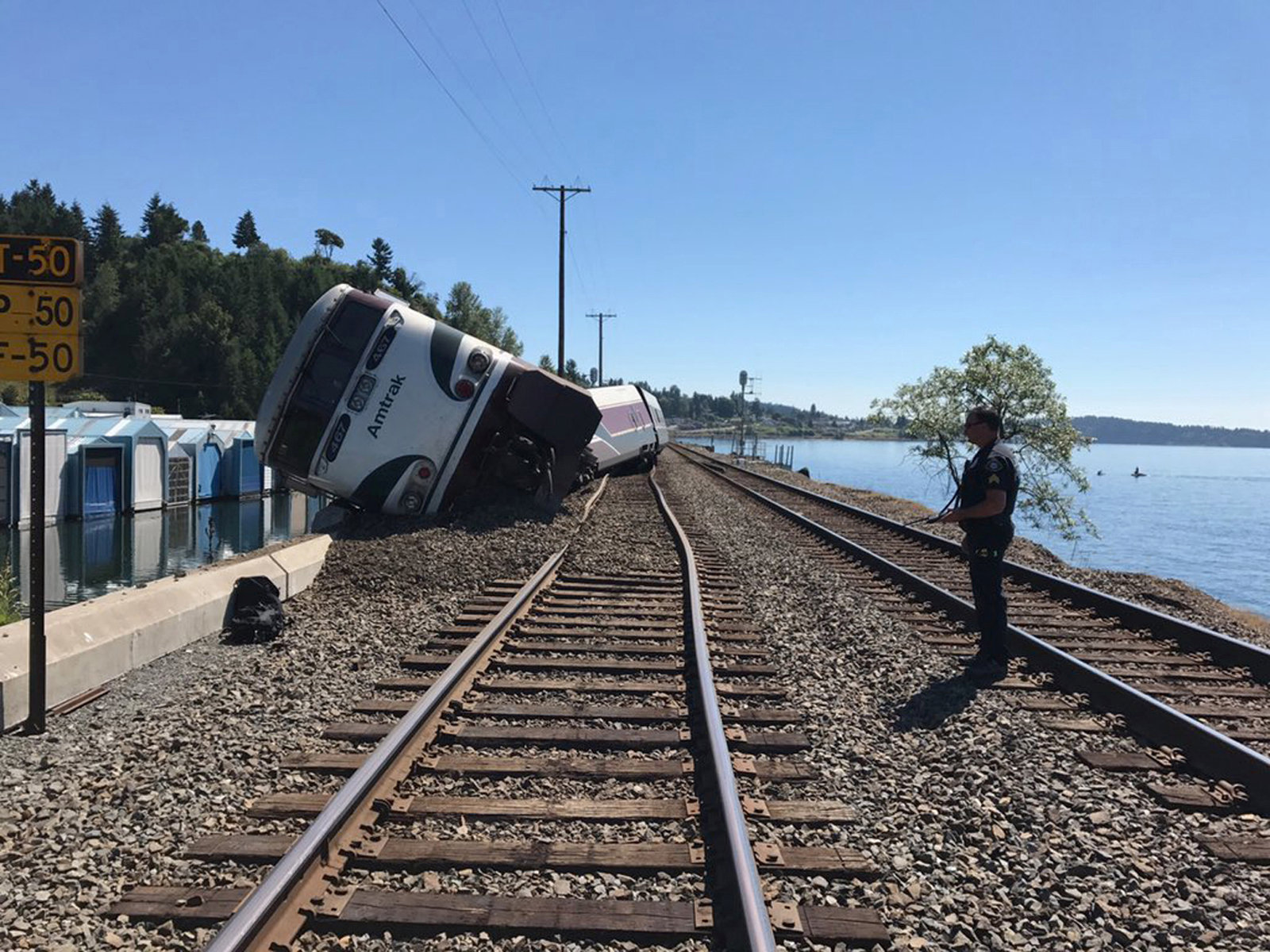 Puget Sound (Washington): An Amtrak train with more than 250 people aboard derailed on Sunday near Puget Sound in Washington state, injuring several passengers, although no one was believed to have been seriously hurt, local fire officials and the rail service said.
Amtrak said the locomotive and baggage car of train 506 on the Amtrak Cascades line, running between Vancouver, British Columbia, and Eugene, Oregon, left the tracks at Chambers Bay Bridge in Steilacoom, Washington, just south of Tacoma.
The West Pierce Fire and Rescue department said the first four cars of the 15-car northbound train derailed. Images of the wreck posted by local news media showed the engine lying on its side a short distance from the shore of Puget Sound near the Chambers Bay Marina.
The cause of the 2:30 p.m. accident was under investigation, Amtrak said in a statement.
Several of the 267 passengers on the train suffered minor injuries, but no serious casualties were reported and none of the crew was hurt, according to Amtrak. The fire department said there were "no significant injuries or fire during the incident."
"All passengers are being evacuated, and emergency responders are on the scene," the train service said, adding that travelers were being provided with alternate transportation.
Seattle-area news outlet KOMO.News.com reported that authorities dispatched rescue boats and a dive team to the area as a precaution, but there was no indication that anyone ended up in the water.
Firefighters also deployed floating oil-absorbent booms in the water in case of a fuel spill, but none occurred, the fire department said.