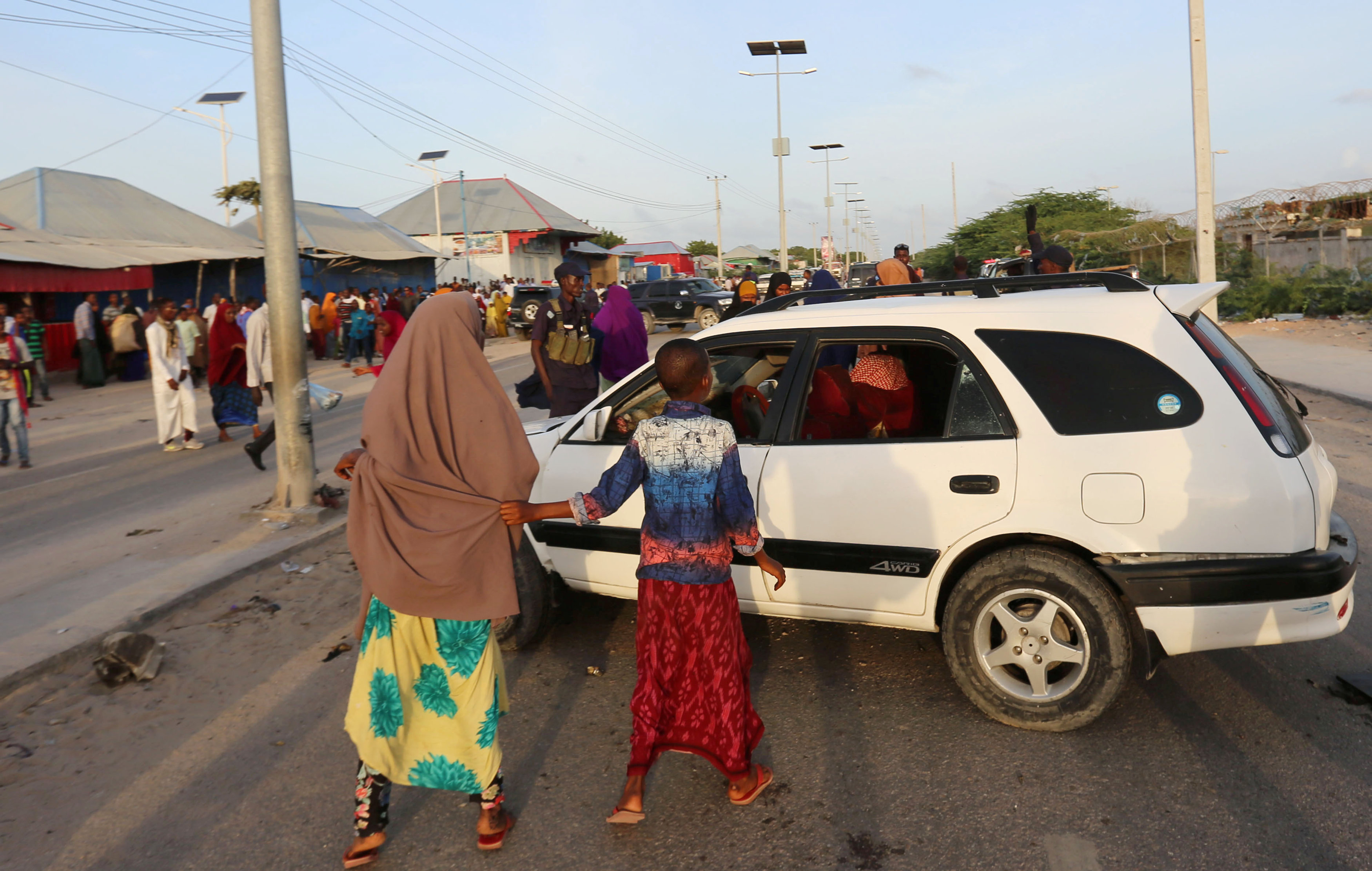 Mogadishu: A roadside bomb struck a minibus north of the Somali capital Mogadishu late on Saturday, killing two people and injuring six others, police said.
The blast occurred on a busy road in the Elasha district less than 20 kilometres northeast of the capital, said Dahir Ahmed, a police major.
"The bomb killed the driver and a woman and injured six other civilians," he told Reuters.
There was no immediate claim of responsibility, although the Al Shabaab group has carried out regular attacks on officials, government offices and civilian sites.
Al Shabaab is waging an insurgency to overthrow the U.N.-backed government and drive out the African Union peacekeeping force that supports it.