Emraan to spread awareness about cancer through documentary 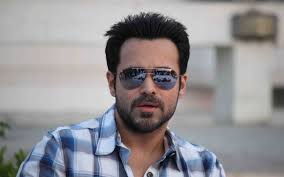 Mumbai: Actor Emraan Hashmi has come on board to make a documentary to spread awareness about cancer. The 38-year-old actor, whose seven-year-old son, Ayaan, was diagnosed with first-stage cancer in 2014, took to Twitter to make the announcement.
"Work on a documentary on cancer has begun. It's in its initial stages. It's important to create awareness about 'the C word'," wrote Hashmi.

Last year, the Azhar actor co-authored a book with Bilal Siddiqui, titled The Kiss of Life: How A Superhero and My Son Defeated Cancer, wherein apart from his life and career anecdotes, he shared his and his family's struggles in dealing with his son's diagnosis. Ayaan was born to Hashmi and his wife Parveen Shahani on February 3, 2010, four years after they got married.